A Davenport referee got his knees replaced two years ago and is back at the job he loves. 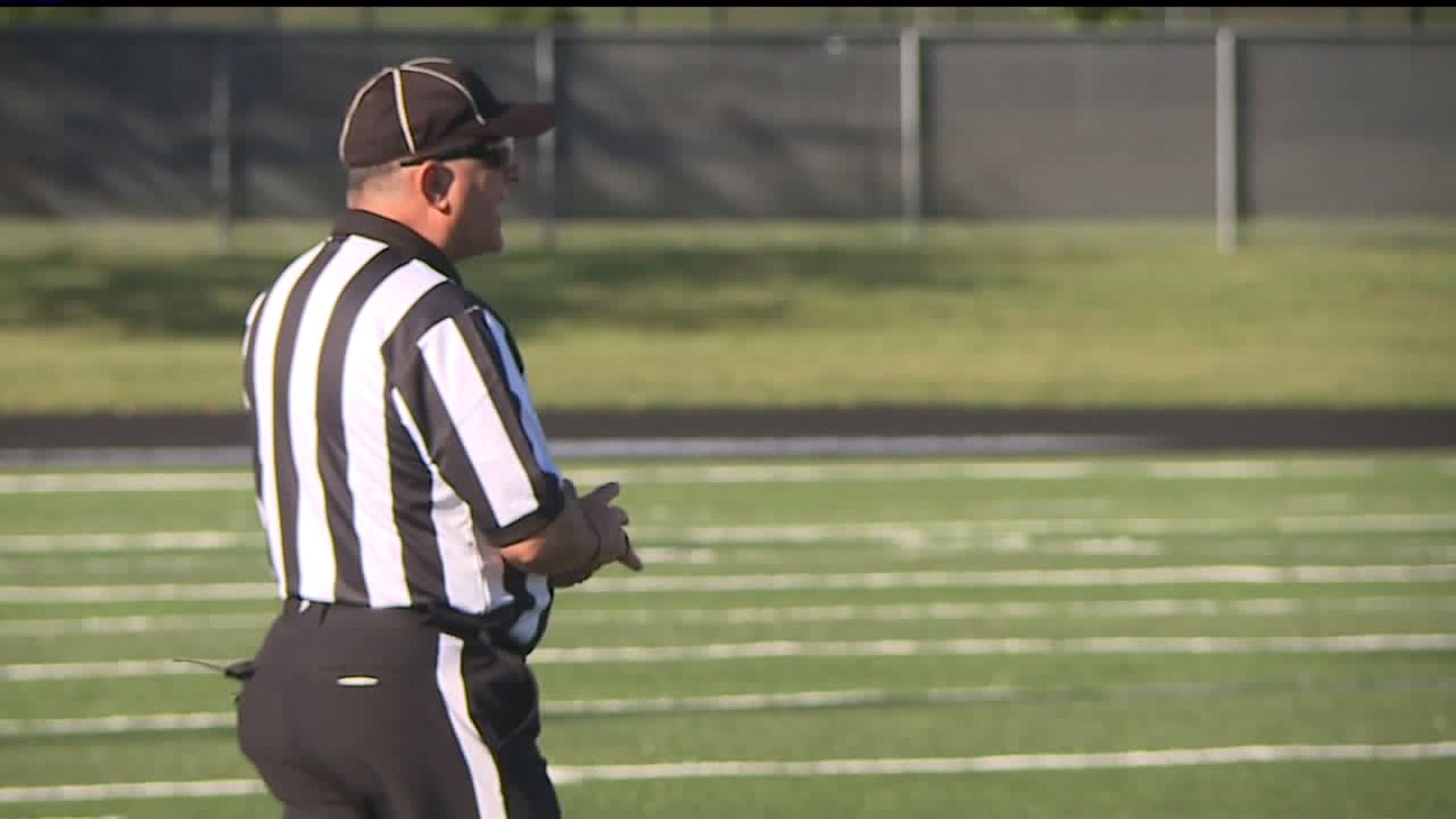 DAVENPORT, Iowa --  Running up and down a football field as a referee a can deteriorate the knees, especially at 63 years old.

When it comes to overseeing Friday night football, someone must be in charge. Referee Pete Duquette has been moving up and down the field with the players for almost 25 years – until his knees started backing him up.

“I couldn’t keep up with the kids, so I knew I had to do something,” says Duquette.

Duquette had severe pain caused by arthritis, which is what led him to Dr. Waqas Hussain, an orthopedic surgeon, at ORA.  After trying to alleviate it with physical therapy his only choice to relieve the pain was with surgery.

“We both knew surgery was inevitable and the time came, and everything just went really smoothly,” Duquette recounts.

Duquette would go through two knee replacement surgeries for each knee, which Dr. Hussain says is common in most patients.

“What that entails is essentially a resurfacing on the femur bone, which is the end of the thigh bone and also the shin bone as well,” explains Dr. Hussain. “There’s a small piece of plastic that goes in the middle and also the underneath the knee cap.”

After several months of recovery, Duquette is now back on the field and able to take authority of the way he moves.

“I don’t have pain anymore,” reports Duquette. “I don’t feel like I have to ice my knees, I just get back to life.”

Dr. Hussain says after the surgery he strongly recommends no running or hard impact.