One good thing to come out of the craziness that is 2020 is the early appearance of 392 Caffe's beloved drink, "That Pumpkin B.S." 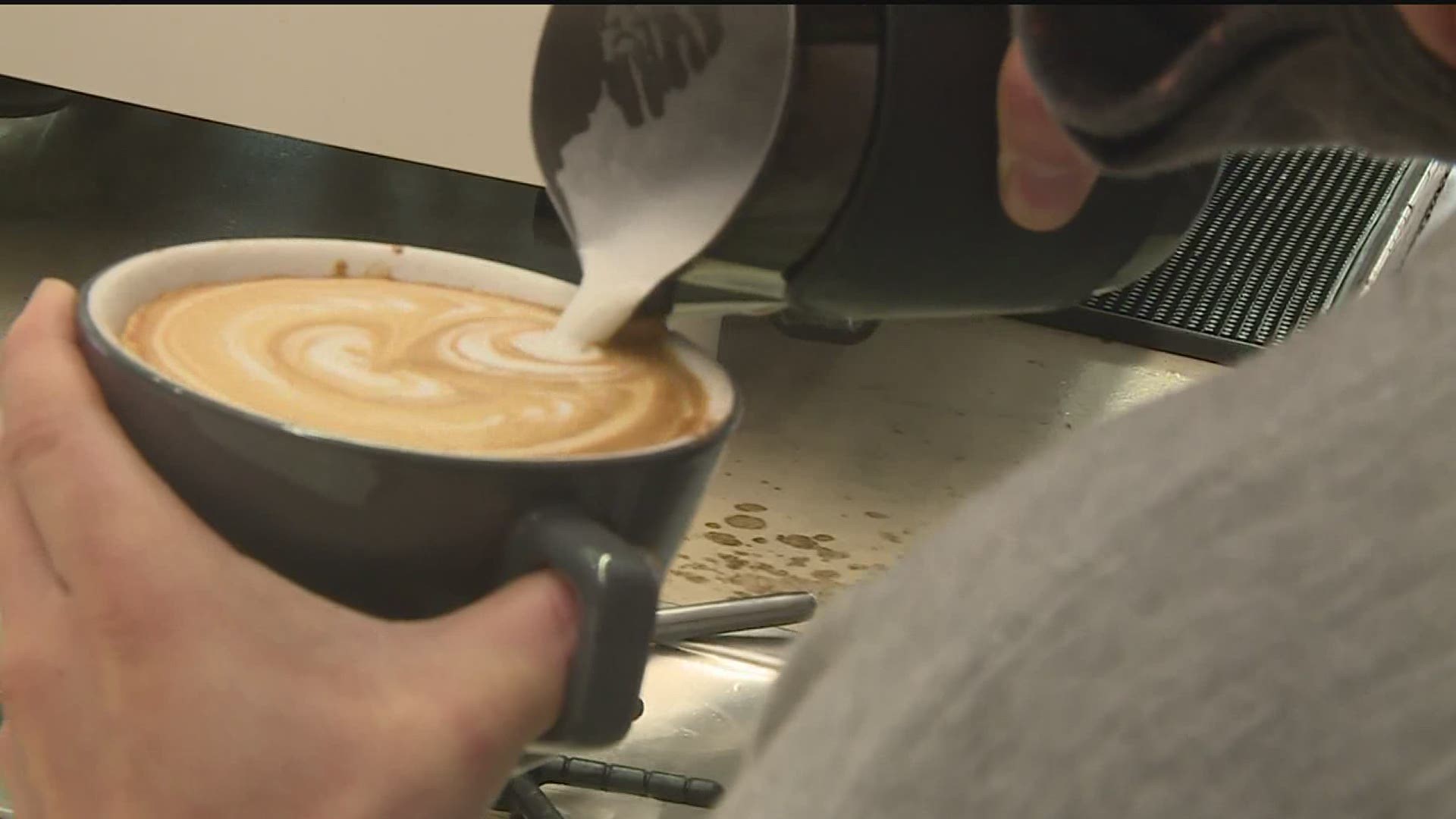 DAVENPORT, Iowa — In the middle of 2020's hottest week yet, a little slice of fall can be found inside of 392 Caffe in Davenport. The shop is now selling their famed, "That Pumpkin B.S." drink - available hot or iced.

"B.S." does, of course, stand for butternut squash.

One of the shop's most beloved beverages, "That Pumpkin B.S." is known as comfort in a cup. It has been around, in a few different forms, since 392 Caffe's beginnings, and always marks the start of the fall season.

It's been a tradition at the shop to hold off on releasing it until October 1st. But this year, they felt it was time to move the drop all the way up into summer.

According to 392's Operations Manager, Avalon Brooks, the already weird nature of 2020 led to the drink's summer unveiling.

"We decided this year has been so crazy," she said. They felt many people have been lacking normalcy this entire year, and wanted to do something that would spread excitement and comfort.

RELATED: Local businesses push through pandemic and outages to stay in business

"We're just kind of wanting to bring them joy. It's also the end of 2020 so we're hoping we can usher [in] the end of the year just a little bit sooner, because we're kind of over it," laughed Brooks.

And it looks like 392 isn't alone in feeling that way. Despite scorching temperatures in the Quad Cities this week, the drink has already been selling well.

"We have had so many people order it already. Obviously not the greatest fall feeling outside - it's been like 96 degrees at a minimum - but that doesn't stop anybody," said Brooks.

When asked if the August release will continue in future years, Brooks couldn't help but laugh and admit that at the rate things are going...having fall in the middle of summer might just have to become the new normal.