YOUR MONEY with Mark: U.S. Economy starting to weaken

The main contributor to U.S. economic growth is you, the consumer. Learn more about Your Money with Investment Advisor Mark Grywacheski. 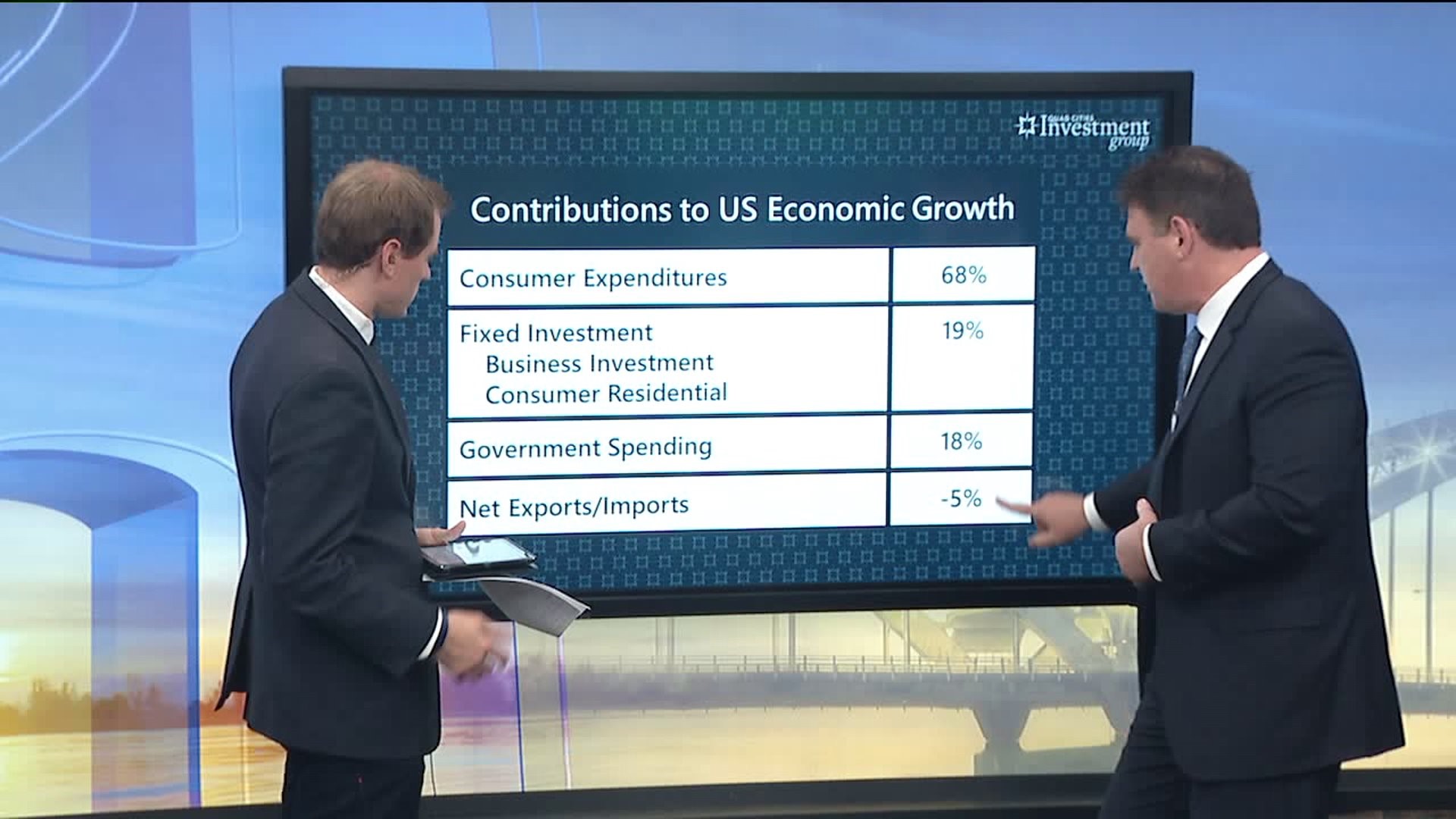 Grywacheski discussed the gross domestic product report that was released on Wednesday, October 30. The economy grew at a rate of 1.9%, just under the annual pace of growth from 2008 to 2016, which was 2.2%. Grywacheski says the economy is still strong, despite the lower number.

"Wednesday's economic report reaffirmed to the markets that the main contributor to U.S. economic growth is the American consumer," he said Monday. "Consumer spending is still very very healthy."

Consumer spending made up 68% of American economic growth in the third quarter of 2019. Fixed investments and government spending made up 19 and 18% respectively. Net exports and imports made up -5%, meaning the country takes in more imports than we export.