YOUR MONEY with Mark: Three Reasons to CHEER for the U.S. Economy

Investment Adviser Mark Grywacheski says we are going into the end of the year on a strong note. Find out why! 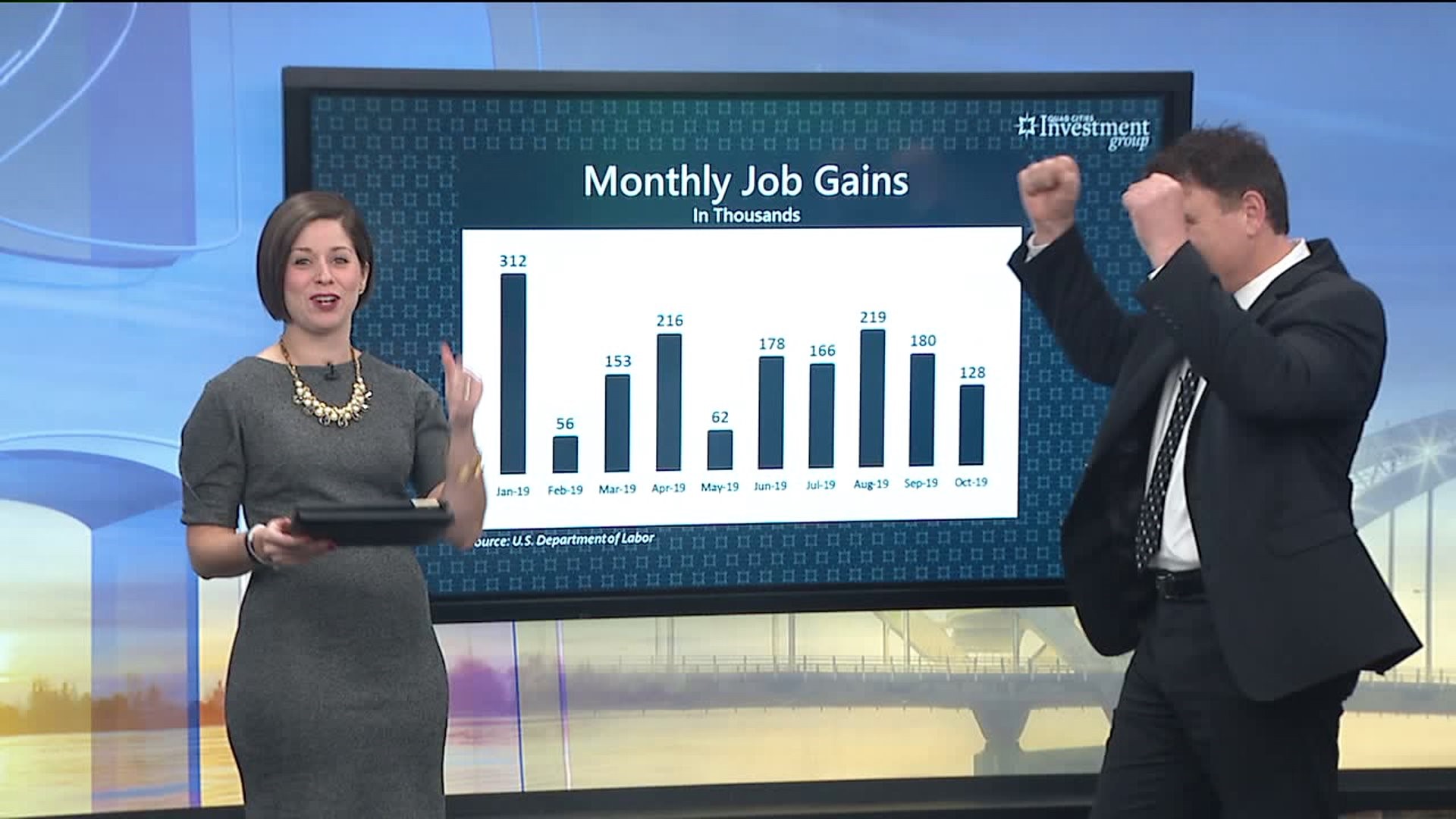 Investment Adviser Mark Grywacheski from the Quad Cities Investment Group gave us his analysis on the recently released October Employment Report and the record-breaking day for the stock market on Friday, November 8th.

Here are three reasons why he says we are going into the end of the year on a strong note:

1) The October Employment Report shows the Unemployment Rate at 3.6%, which was in line with expectations and just above September's 50-year low of 3.5%

2) 128,000 New Jobs were added in October, which was above expectations by 38,000. Furthermore, August and September's job gains were revised higher by a combined 95,000 extra jobs.

"Year-to-date, the economy is averaging a very healthy 167,000 new jobs a month," explained Mark. "This is more than enough to keep driving this economy through this soft patch of economic growth we’ve been going through the past 6 months."

"We’ve had some positive news on the U.S./China Trade Dispute and the 3rd Quarter Earnings Season, but this recent surge was triggered by the very strong October Employment Report," he said.

"October’s Employment Report implies the U.S. economy is stronger than it appears to be. Remember: Consumer Spending accounts for 68% of economic growth and a stronger labor market and rising disposable income fuels the spending that drives our economy forward. This indicates the current pullback in economic growth may be more short-lived than previously thought."