YOUR MONEY with Mark: The rise in consumer confidence for March

Financial Advisor Mark Grywacheski explained why the outlook for the month was good and what it means for the spring and summer. 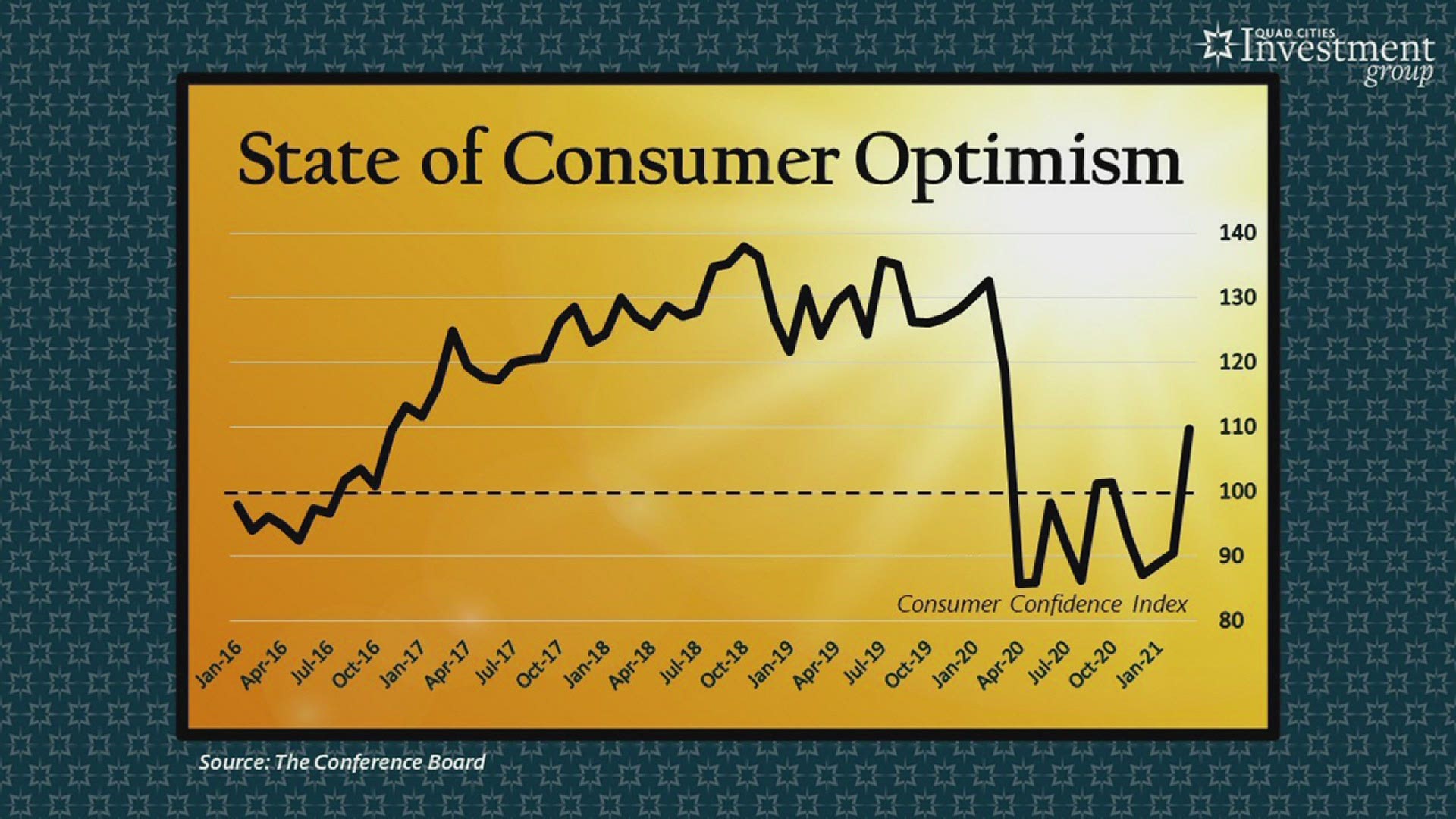 "Consumer confidence in March reached its highest level since the pandemic intensified," according to a report from the Associated Press.

Financial Advisor Mark Grywachehski says the index for March was 109.7. The benchmark's 100, so anything above 100 indicates optimism in the economy. Anything below 100 indicates the opposite.

"We're still some distance from that 120 to 140 range we saw prior to the pandemic," Grywacehski said Monday, April 5th. "But for Wall Street, this March surge back above that 100 benchmark is important because the index is often a predictor of consumer spending which ultimately drives our economy forward."

Grywacehski says the more confident consumers are, the greater the likelihood they'll spend money. He says vaccines have been the key to reopening the U.S. economy, and they've also driven the index back up.