The Red Storm came out in full force. By 5am, students were already filling the gymnasium. To get them going, the cheerleaders did their thing: 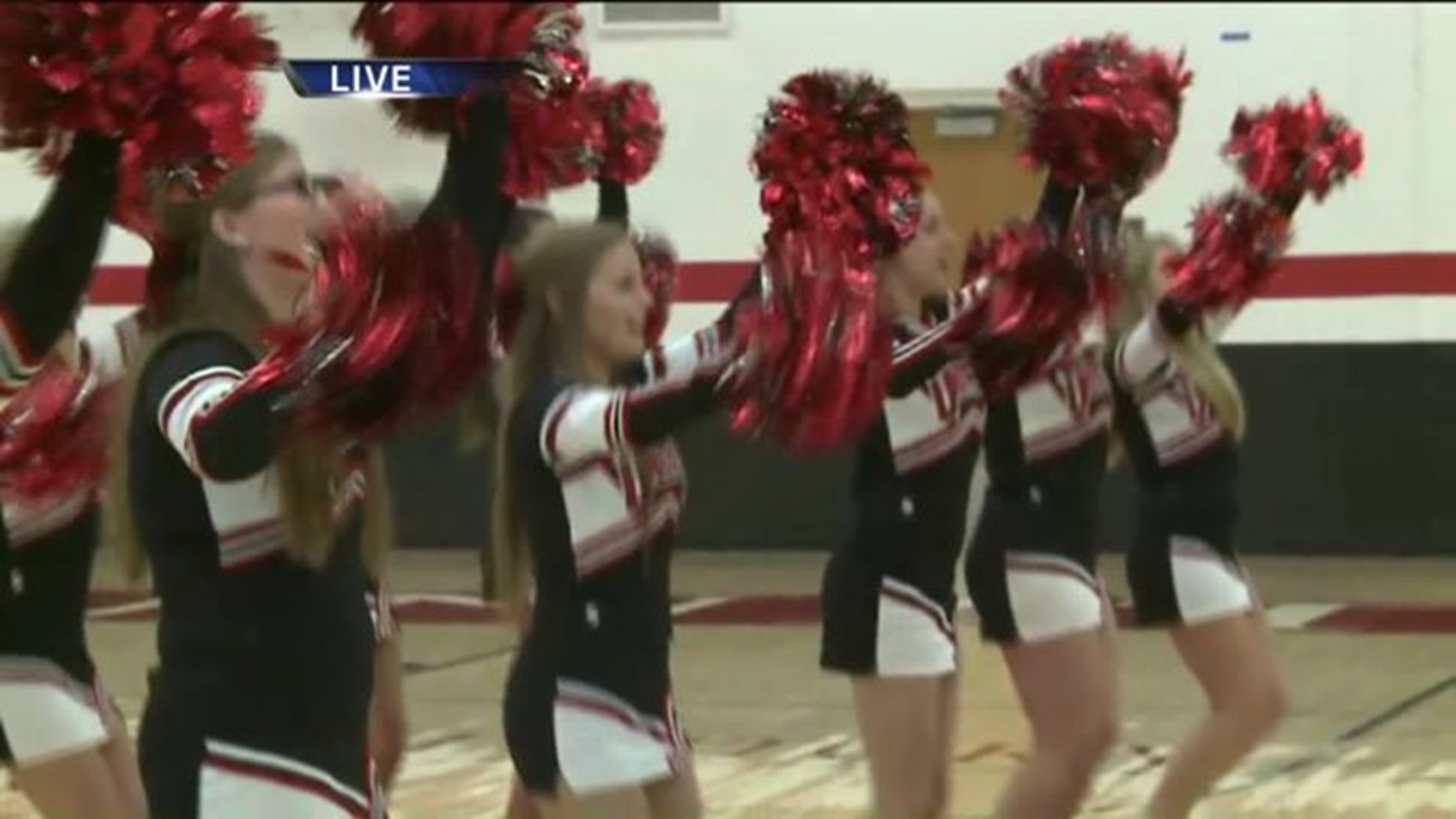 There were a number of local businesses and restaurants who helped make the pep rally even more fun by donating tons of prizes that were raffled off throughout the morning. We would also like to thank today's sponsor, MC Sport and More, which gave away t-shirts, hats, jackets, and gift cards: 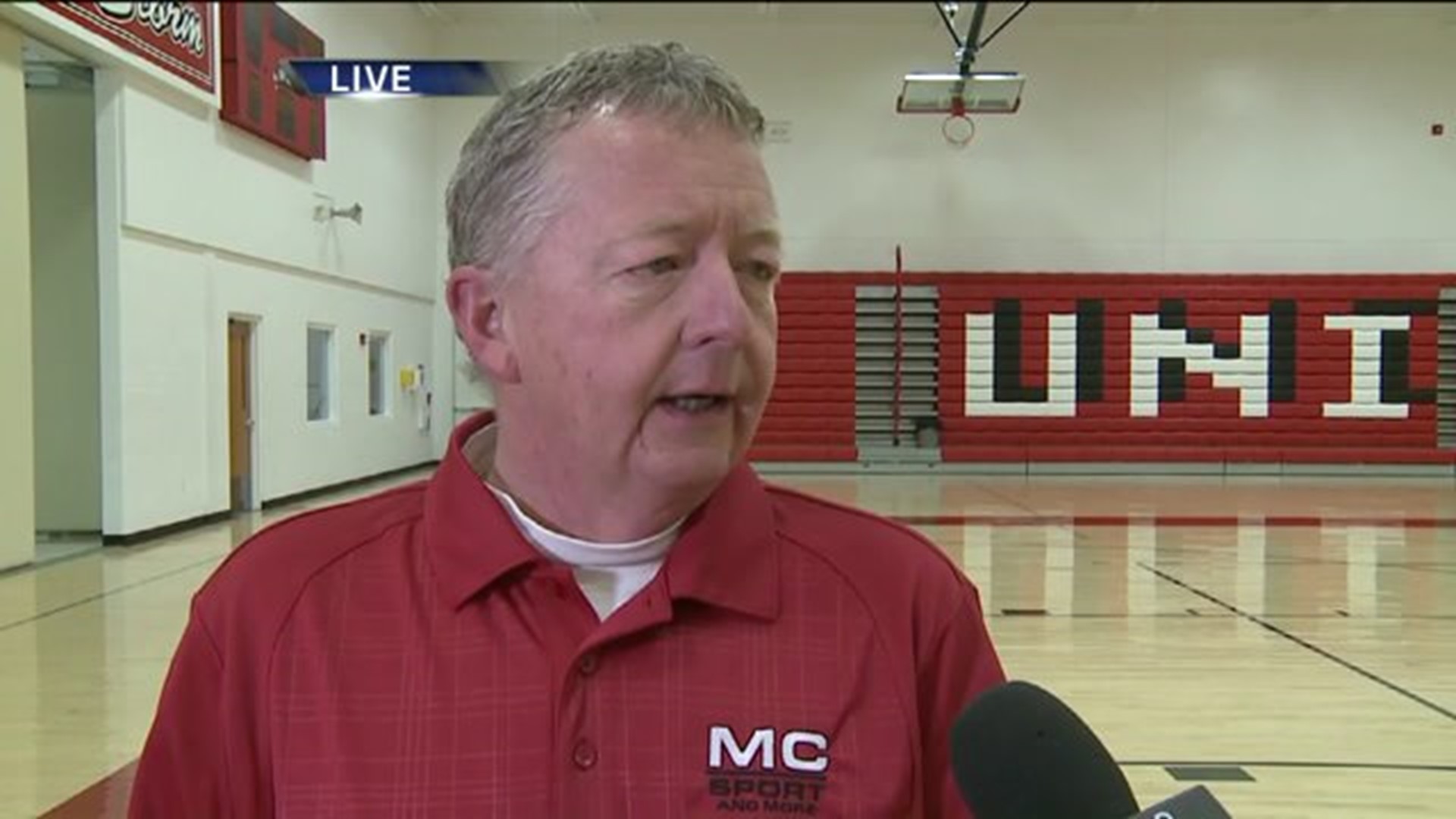 Our 6am hour on Good Morning Quad Cities kicked off with Angie giving Jonathan and Eric a "warning" and the President of United's FFA talking about tonight's annual FFA Hog Roast: 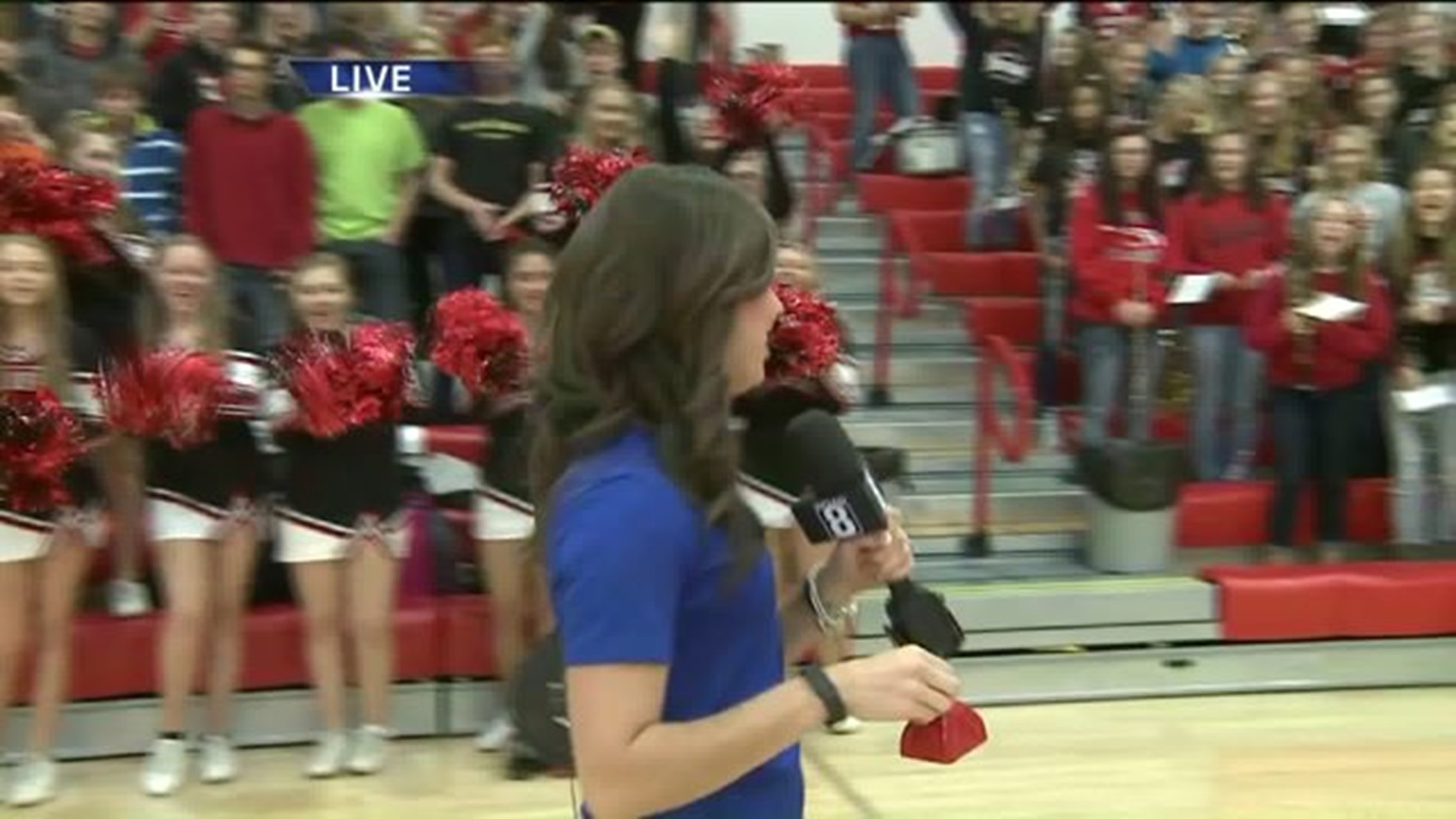 Throughout the morning, we played plenty of games, including this one which we was both hilarious and strange: 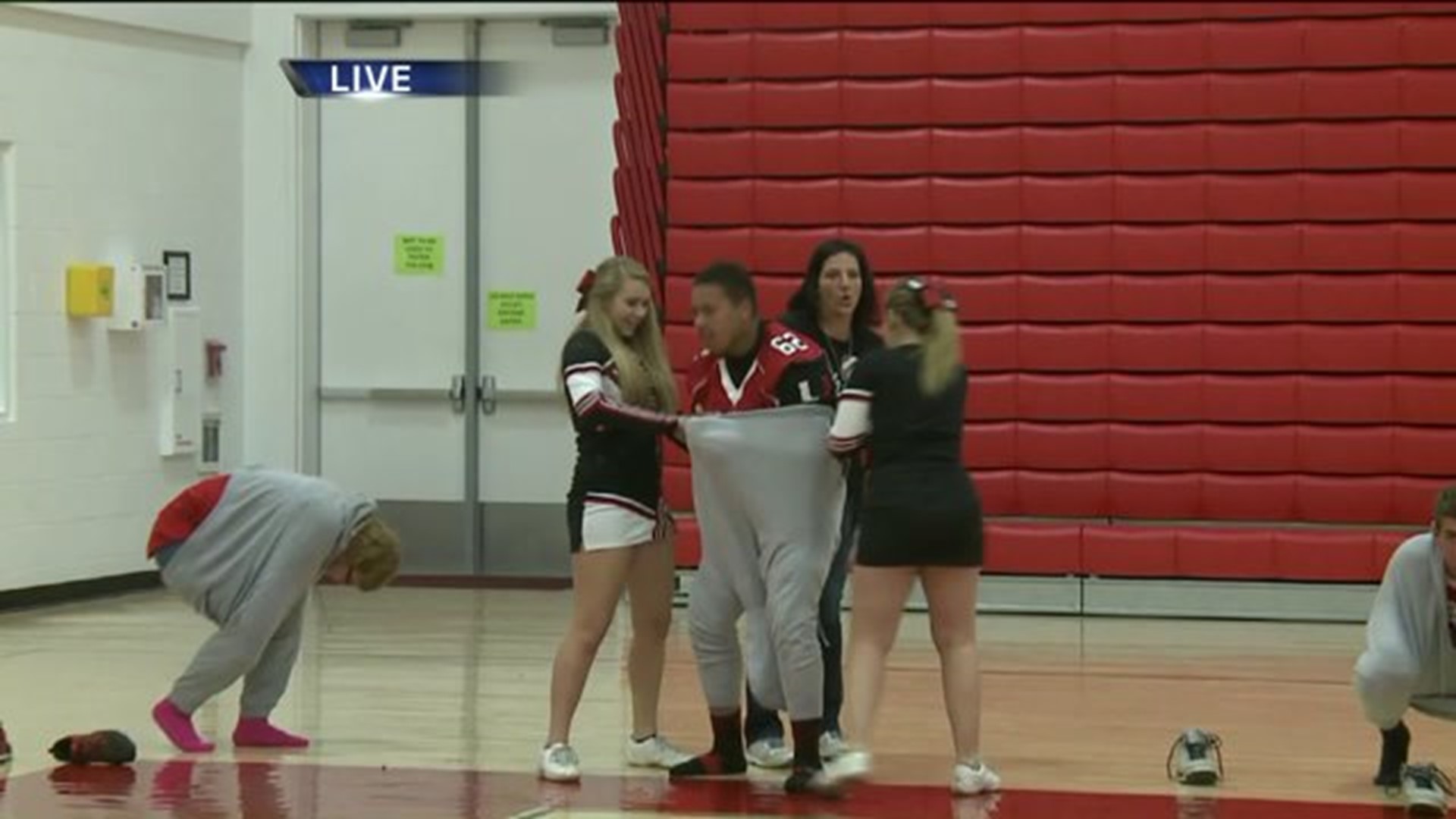 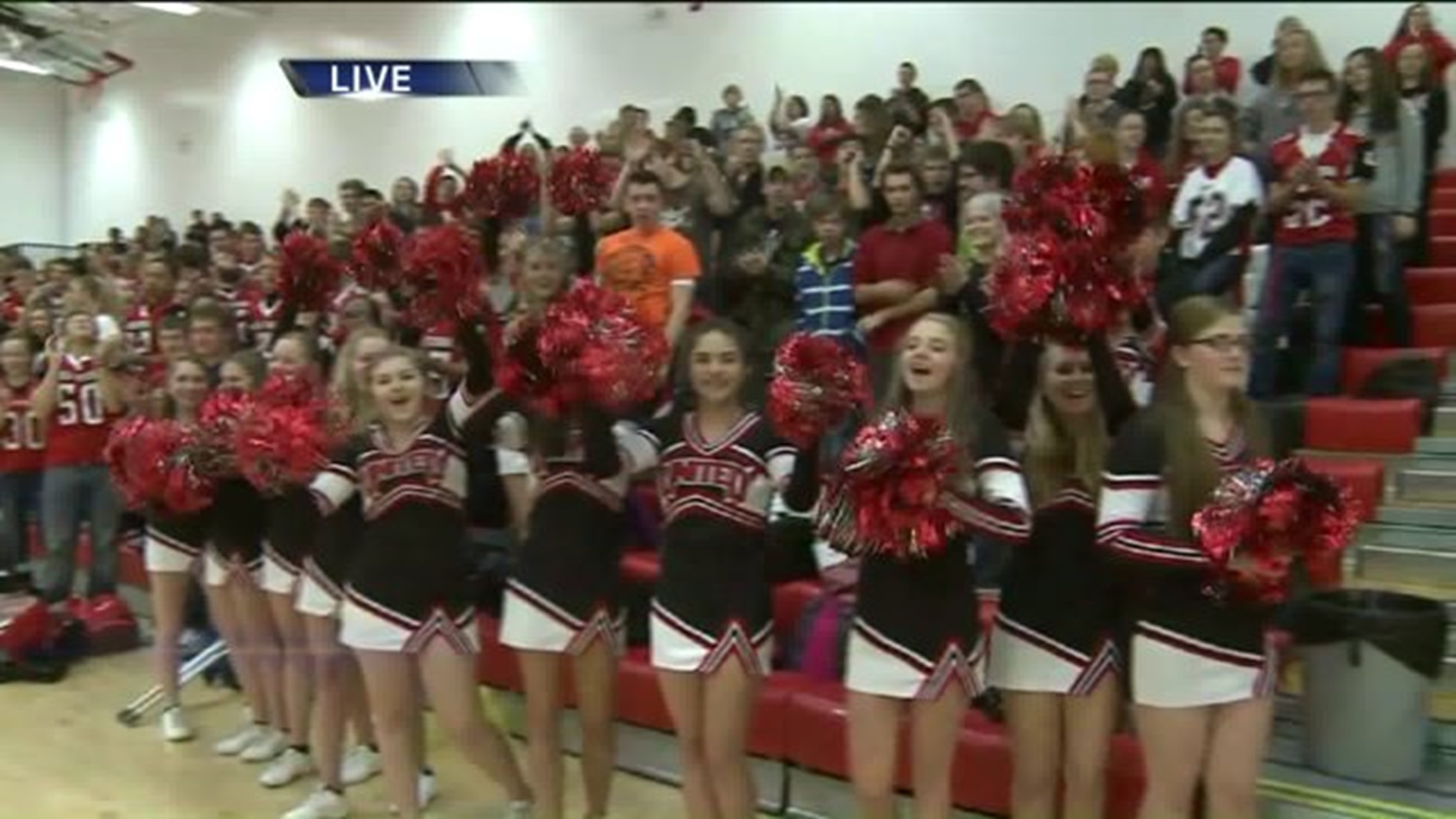 Thank you to all the students, school leaders, parents, community members, and businesses who helped make today a huge success. Remember to watch The Score right after WQAD News 8 at 10pm on Friday and Sunday for the best high school sports coverage in the QCA!