Playing hockey involves a lot of downtime between practice and games. Tommy Tsicos uses that time to hone another passion of his. 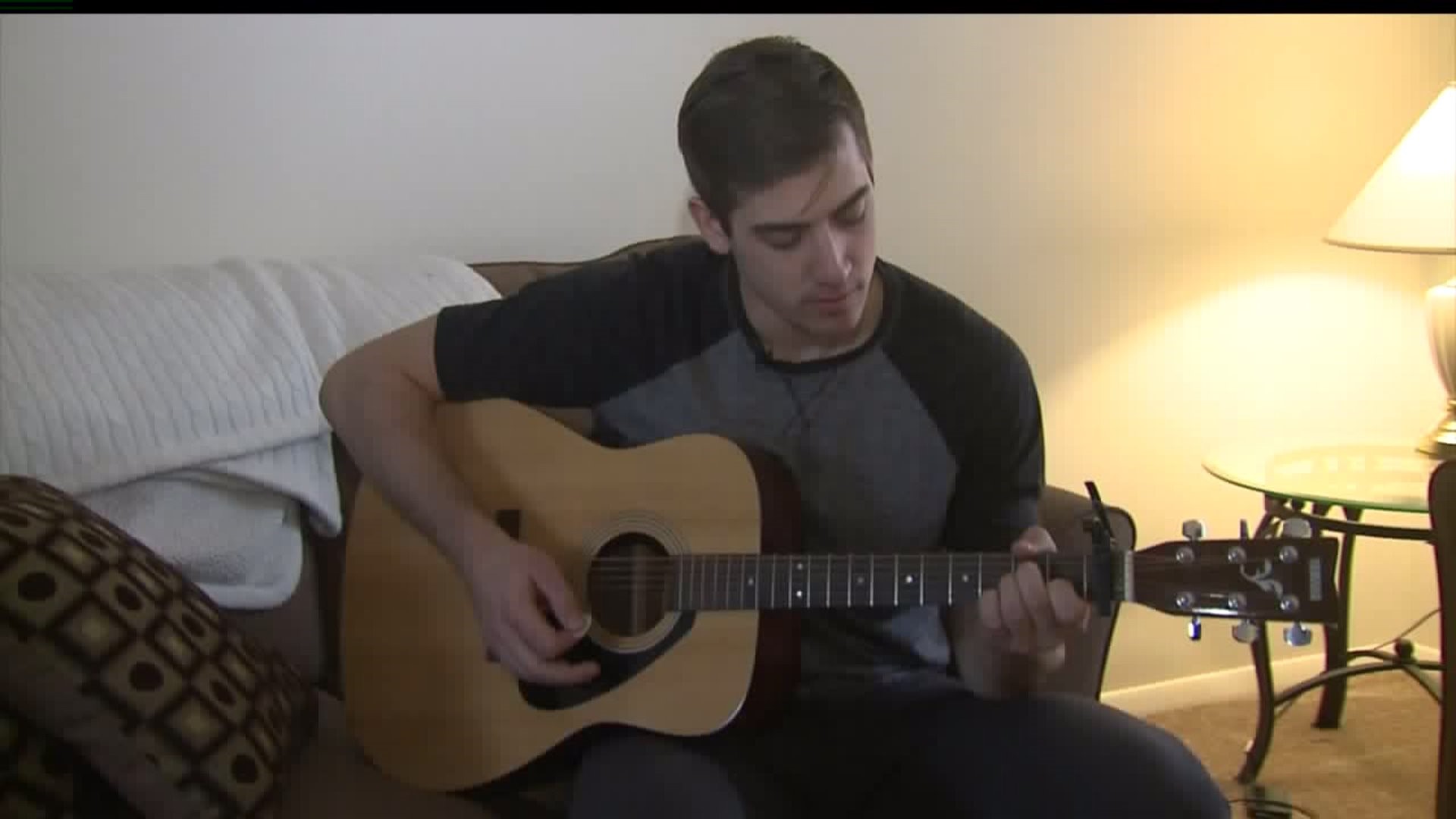 MOLINE, Illinois -- Professional hockey often requires moving from place to place, city to city, team to team until players find the one that sticks. That lifestyle includes a lot of downtime between games and practice. Tommy Tsicos turned that downtime into a hobby.

Skates carving the ice, the piercing scream of the whistle, and the puck smacking the goalie's pads are just some of the many sounds of practice for the Quad City Storm.

"With hockey, I could shoot hundreds of hundreds of pucks for hours and hours and not even think about it." said Tommy Tsicos, a QC Storm center.

Hours after practice, Tsicos strummed his guitar and sang "Yesterday" by The Beatles. For him, those are the sounds of downtime.

What started as a way to pass time when he was 12-years-old and recovering from appendicitis became a real passion.

"I couldn't play hockey for a bit so I was just sitting there," said Tsicos. "I had a guitar so I picked it up and started playing. It was just another one of those things that I was passionate about that I could do for hours on end."

His uncle helped him hone his skills, and now he can play about 50 songs. He often uploads songs to YouTube, too. Hundreds of miles away from home in Canada means there are plenty of hours to pass in the Quad Cities.

"It's just nice to have some hobbies to take up the time." said Tsicos.

You might not think hockey and music go together, but for Tsicos, singing a tune off the ice means he's singing one on it, too.

"Playing hockey and training for hockey you can get physically tired," said Tsicos. "So it's nice to have something to do that's relaxing."