Greg Fier was diagnosed with Multiple Sclerosis back in the ’90’s and lost a lot of his abilities. But with modern technology he’s still able... 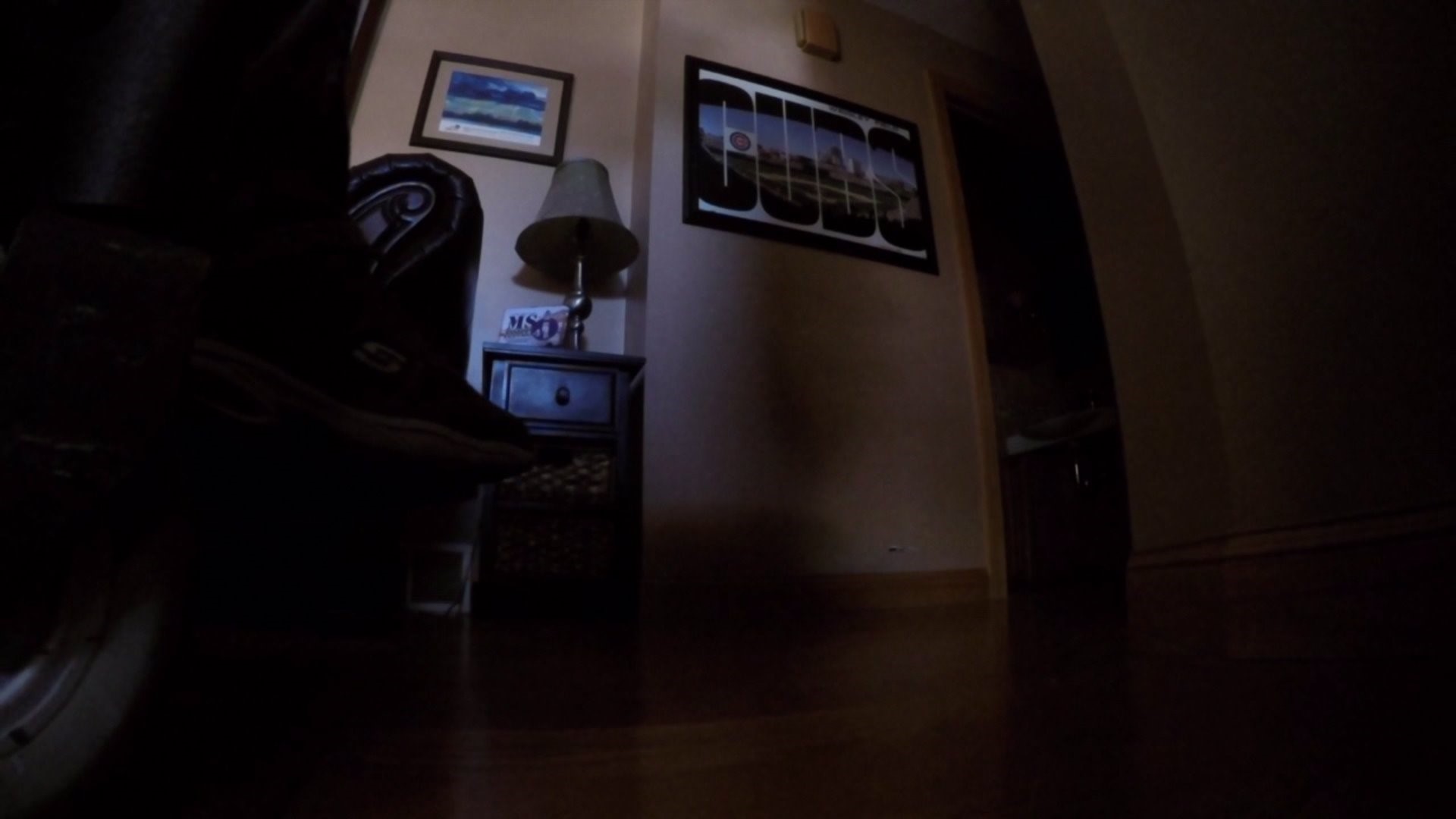 CLINTON, Iowa – Back in the ‘80’s Greg Fier played guitar for a band called “One Brick Shy”.  But now, he is still known for his music, it’s just the music he composes out of his home.

Fier was diagnosed with Multiple Sclerosis in the ‘90’s. As the disease progressed through the years, he’s now limited to a motorized wheelchair which he controls using micro movements with his head.

“It’s kind of like having a hole in a garden hose,” explains Fier.

So, whether it’s talking on the phone, messaging friends on Facebook, or composing music that speaks to him – Fier uses his head.

“There’s a little camera on that shelf up there that is looking at a special reflective piece of tape,” says Fier.

There’s a silver circle in the middle of his glasses the connects with the camera near his computer that lets him use his composing software.

But through his time battling MS, he has had friends with him through it all – like J.C. Monroe and Dave “Bingo” Layton.  Monroe always helps Fier compose music by playing the guitar or singing, while Layton is on the saxophone.

Monroe and Layton are part of the Fier’s support group – always boosting him back up.

“I get frustrated with all my abilities,” says Monroe. “I just can’t imagine how Greg does it.”

“It kind of ticks me off that he can do so much more without hands than I can do with hands,” Layton laughs.

Now, even with MS, Fier can use his software to continue composing the music he did before his diagnosis.

“Having Greg make you sound like you know what you’re doing, it’s a lot of fun,” comments Monroe.

“I do make them sound good,” Fier returns with a chuckle.

With music, friends, and modern innovations, Fier is able to stay on top and ahead of MS.

“In time things are going to be alright,” Fier concludes.

Fier has composed hundred of songs right in the comfort of his home. They can all be found on YouTube.