After 8 years of restoration the piano is ready 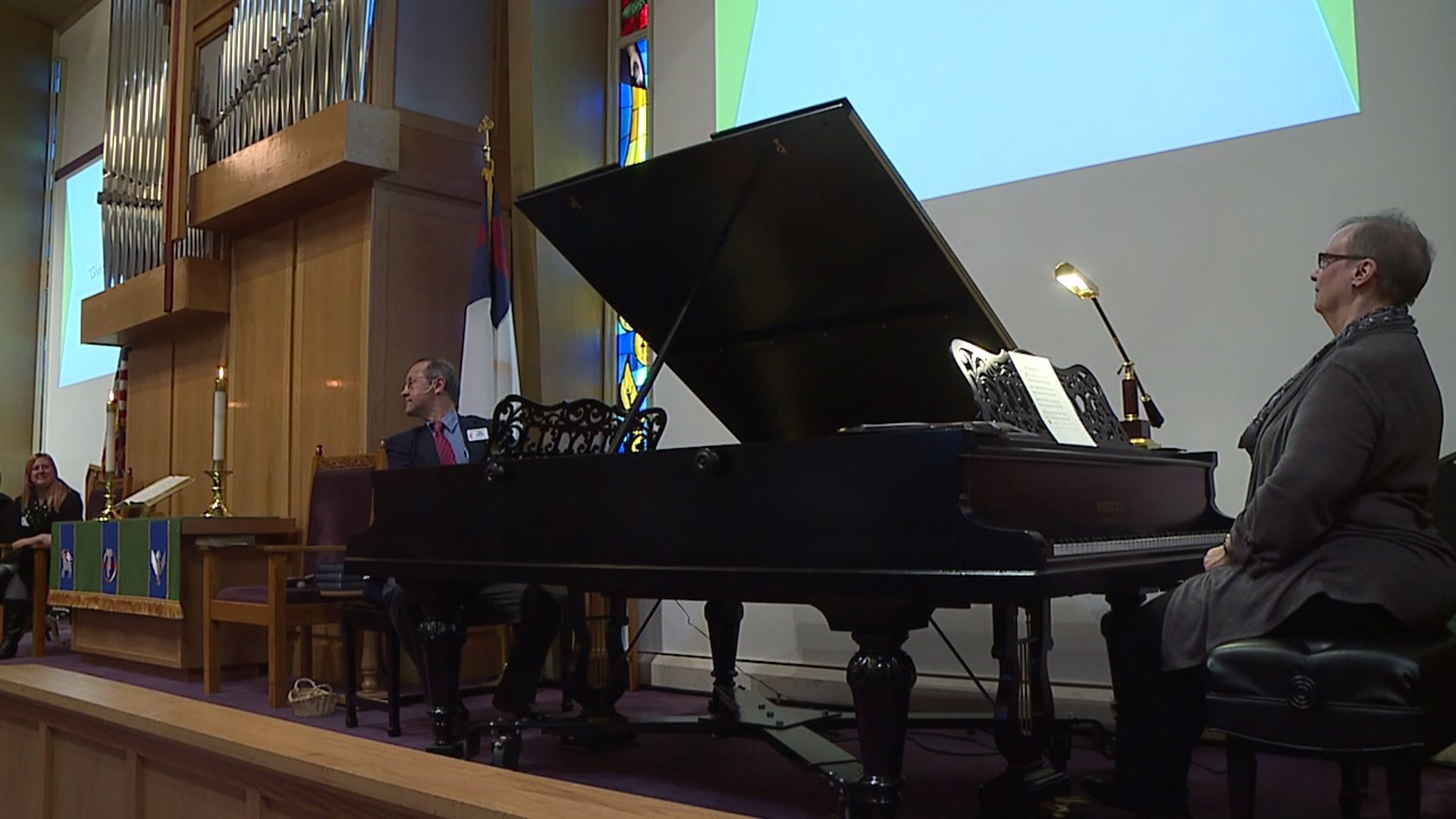 BETTENDORF, Iowa – One of the most unique pianos in the world is now here in the Quad Cities.  A Pleyel double-grand piano is now home at Asbury Methodist Church.  The very rare piano had quite the journey before it came to Bettendorf.

“You follow it and it’s just a story that would make a good movie,” says Marilyn Mitchem, one of the church members that followed the piano throughout the restoration.

“It needed a home,” says Gail Baldwin, the Music Director. “It was on the edge of being set out on the curb.”

The double-grand Pleyel piano was built in Paris back in 1904.

“We think it’s the only one in the Western Hemisphere.  We think there are seven world-wide that are left,” explains Mitchem.

After a century, the piano has been restored and will remain at Asbury for years to come.

A late church member, Thea Leclair, owned the piano before she passed away in 2006.  Her greatest wish was to have it stay in the Quad Cities so it can be played and enjoyed by the people.

“She was a jewel,” says Baldwin, “she was all about music here at Asbury.”

After LeClair passed away the piano was brought to Butterworth Center in Moline. The center ended up lacking enough space for the piano, and gave it to River Music Experience in 2007. Piano tuner John Duda of Bettendorf decided to take on the restoration of the Pleyel.

At the time, Duda was battling cancer and died in 2017. The Pleyel was then sold to the Federated Music Teachers Association to continue the restoration.

The Federated Music Teachers Association of the Quad Cities now owns the Pleyel and raised the money to restore the piano. After its restoration, Asbury United Methodist Church decided to house the piano on loan for one year.

It took eight years to restore the piano to allow four people can play it – keeping LeClair’s legacy alive.

“I’m sure Thea is up there just smiling,” comments Baldwin.

“It’s just like life – it can take strange turns and here it is,” Mitchem says.

Now the piano is finally home at Asbury; ready to create its own legacy.

According to Mitchem, the piano should last for at least another 100 years. The church plans on using the piano in their future services and at a recital – specifically for the double-grand – on January 26th, 2019.