Missing the 70s? They’ll return Thursday along with the threat for a few strong storms. Find out who is most at risk. 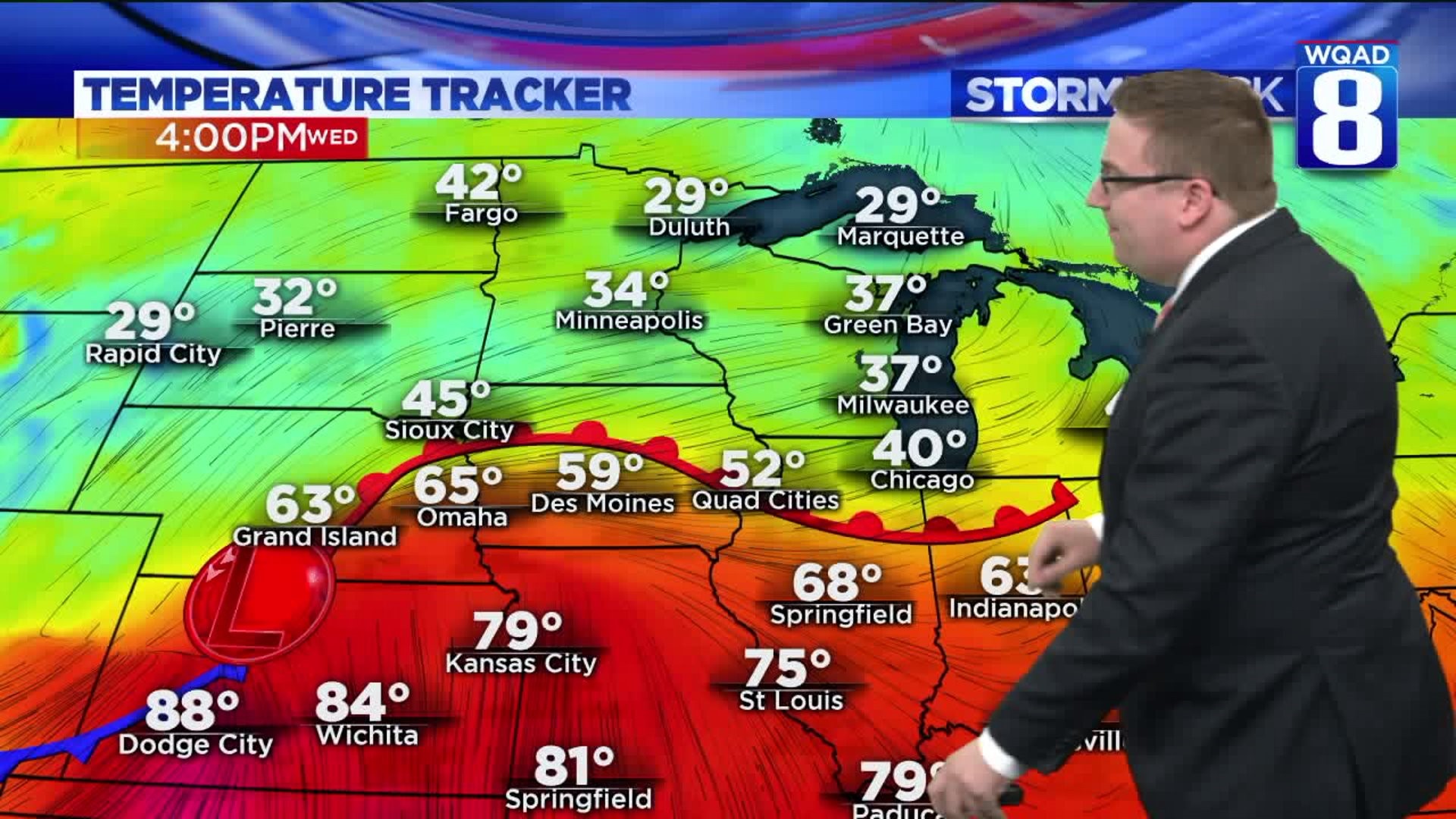 Widespread rain and a few thunderstorms greeted us out the door this morning, but the afternoon and evening will be much quieter in terms of precipitation. The same won't hold true for the wind though, as an intensifying area of low pressure works into the Midwest.

The driving force behind this incredibly strong storm system is the huge difference in temperature across the country. This type of setup isn't all that uncommon this time of year, but it really messes with your wardrobe!

For example, even though highs will be limited to the 40s today, by Thursday afternoon we'll be well into the 60s and even 70s by the afternoon again. Winds that are easterly today become southerly overnight into Thursday driving that change, along with some periods of sunshine.

We continue to track the potential for a few isolated strong storms come Thursday evening as a cold front works through. The best chance for these remains along and east of the Mississippi River with the timing centering between 4 p.m. and 8 p.m.  Not everyone will see the storms as they will form in a broken line, but heavy downpours, gusty winds, hail, and frequent lightning will be possible heading into the evening. The motion of these storms will be fast as they work from west to east.  Thankfully, any additional heavy rainfall will be quite limited.

River flooding continues to be an ongoing issue and the Mississippi River will remain in major flood stage for at least the next week.  What we will be tracking carefully is how much precipitation, in the form of both rain and snow, ends up falling just to our north.

Related: It's mid-April and 4 million people are under blizzard warnings

As much as a foot of snow is expected in parts of Minnesota, along with the potential for a few inches of rain in southern Minnesota and parts of Wisconsin. That water will eventually have to work down the river once again in the next week or two which means we'll likely see another crest in that timeframe. The severity of that crest will be known in the coming days once this system moves out.