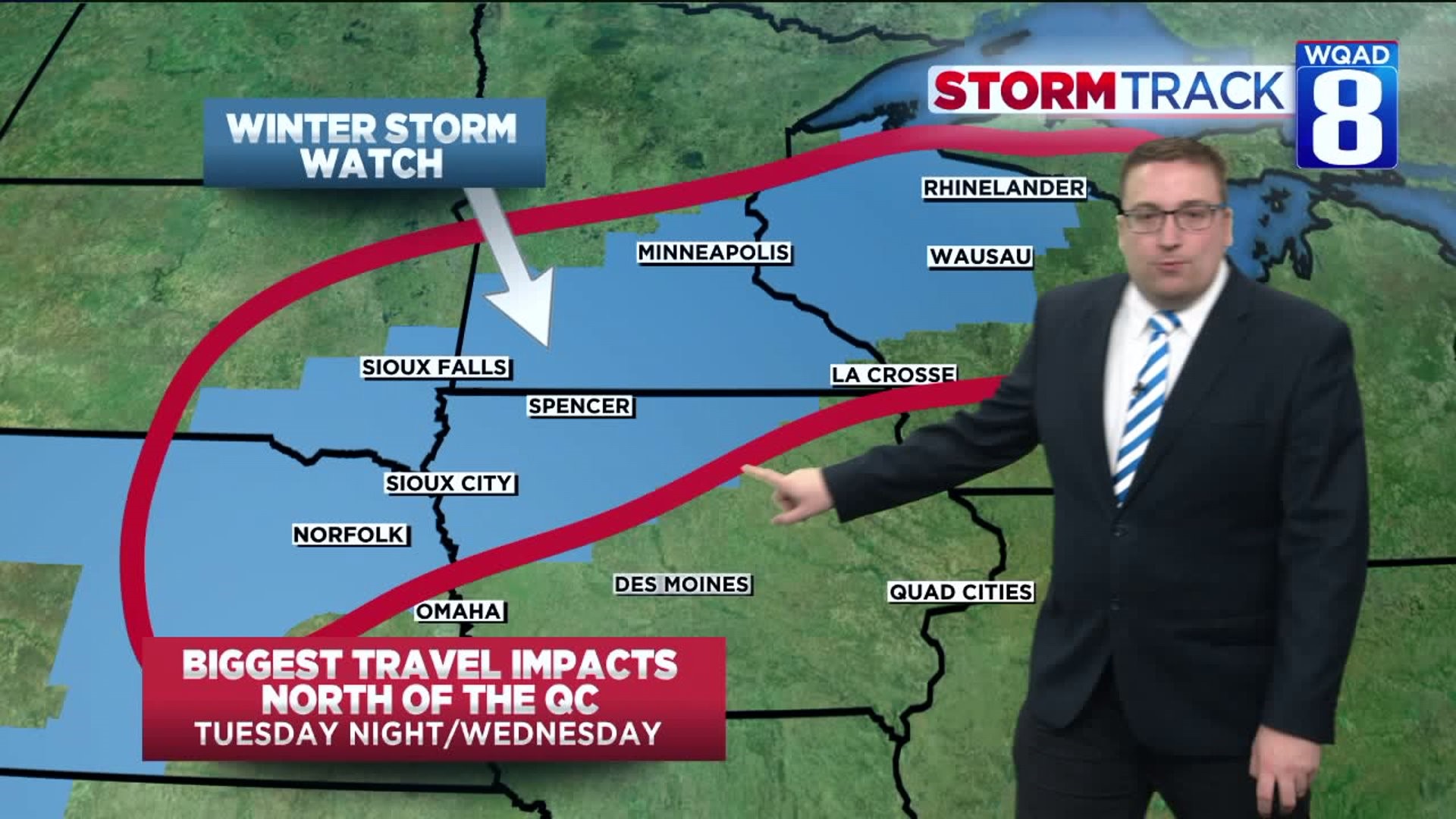 Some nice warmth has moved in for the start of the new work week, but that will be short-lived as a much more active pattern sets up for the Quad Cities region.

We'll be tracking two storm systems this week, the first of which will arrive by Tuesday. Now that we are closer to the actual event, we will likely remain on the warmer side of this system keeping nearly all of our precipitation in the form of rain. Rain showers will begin by mid-afternoon Tuesday and then transition to a more steady rain for Tuesday evening. A few embedded thunderstorms are also possible given some modest instability that will be present.

Meanwhile, further to our northwest, Winter Storm Watches have already been posted from Rhinelander, Wisconsin to Norfolk, Nebraska, where several inches of snow will be likely. This is where the bulk of the travel impacts will be felt with this first system

While we won't see many impacts in terms of road conditions here locally, the winds will really begin to howl as we reach Wednesday morning through Wednesday afternoon. As this storm system rapidly intensifies and pulls away from the area, wind gusts will likely approach 50 to 55 MPH at times. It's likely we will see some type of Wind Advisory issued for much of Wednesday.

The second system worth watching this week will arrive by Friday lasting through much of next weekend. Like the early week system, this one will likely track to our north giving us mainly rain and wind again. However, this second system is likely to be stronger and able to pull down a more substantial chunk of cold on its backside, giving us some snow chance by the close of next weekend. Widespread travel impacts will once again be felt to the north of our area. This storm system will still be developing, so the track isn't set in stone quite yet, but right now the overall trend favors more rain than snow here locally for next weekend.

Planning any travel this week? You'll want to keep checking in with us as these two dynamic systems organized and move through the region. Some impacts are certainly looking likely!