We’re tracking the best chance for rain this week. Here’s when it will arrive. PLUS, why our yards have that “cracked” appearance. 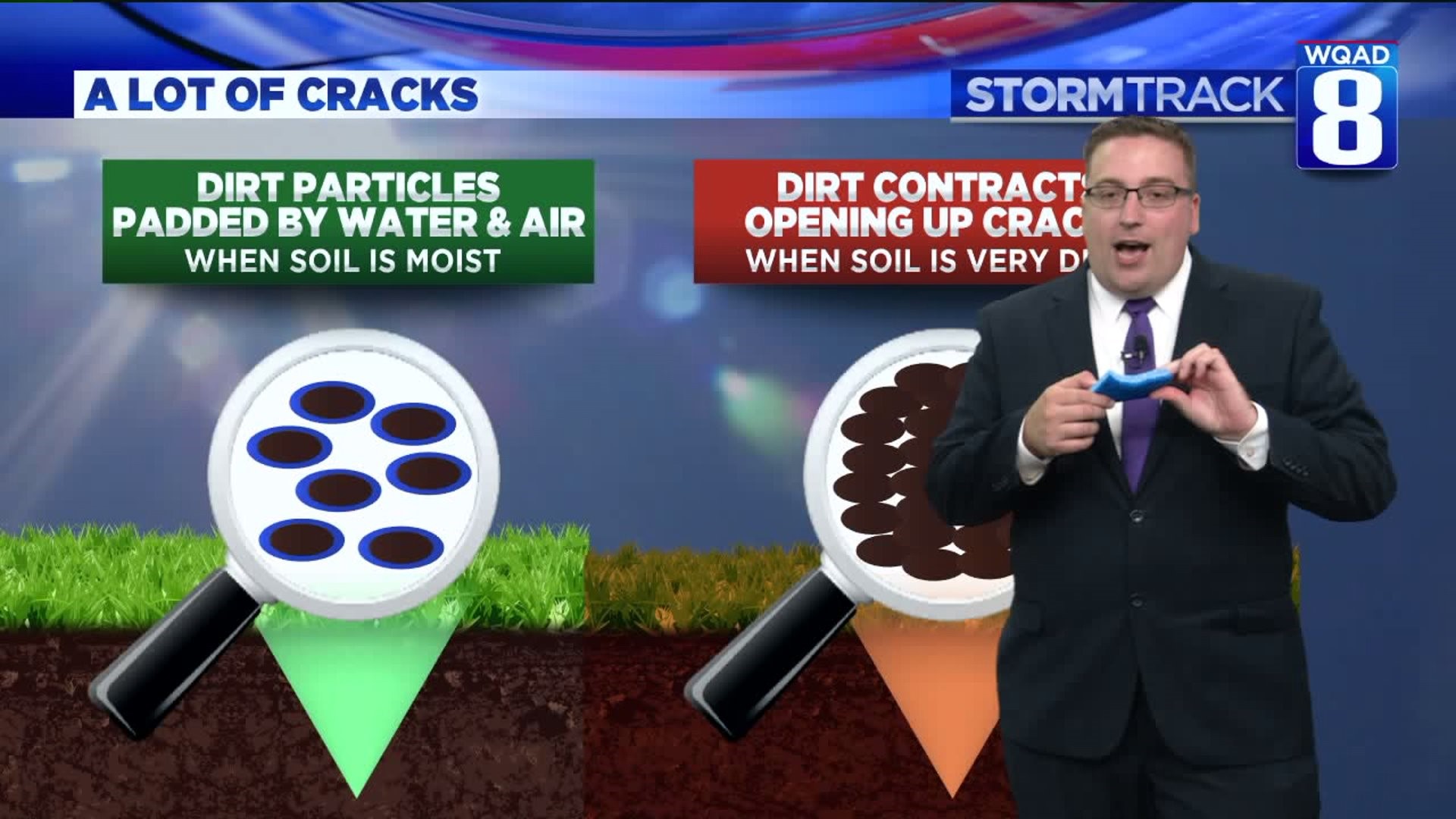 Rain remains scarce in the Quad Cities, but the warm temperatures have not been in short supply. It's now been nearly three weeks since our last rainfall of significance. That is a trend we hope to end as early as Monday evening.

A cold front will drop south from northern Iowa by Monday evening fueling a round of showers and thunderstorms. The most widespread rains will take place to our north. With the front working through so late in the day, there won't be much in the way of dynamics left for these storms to work with by the time they reach us here after 7pm. These storms will likely be in a weakening phase and become scattered as they continue to drive south. Sadly, this means not everyone is going to pick up some much-needed rainfall.

Locations west of the Mississippi River will have the best shot at seeing measurable rainfall of any significance as this activity will be the strongest there. The remainder of the Quad Cities region will be lucky to pick up one-quarter of an inch from this activity.  Any severe storms will be limited to extreme northeast Iowa, north of Cedar Rapids, Monticello and Dubuque. All of this activity will move out by sunrise Tuesday morning.

Many if you have noticed large cracks developing in your yard due in part to the recent drought conditions taking over the Quad Cities. While it isn't a significant drought by any means, it has been enough to dry out the topsoil.  When the soil is moist thanks to rains, that moisture acts to pad the dirt particles helping them to expand and fill in empty space that would otherwise be occupied by air. As the soil dries out, those same dirt particles begin to compact and move closer to each other. With no moisture to pad them, that compaction opens up good-sized cracks in the dirt surface. It's very similar to an ordinary household sponge. When dry, it's as hard as a rock. When wet, it expands and can move easily. Same concept here.

While Monday night's rains likely won't be enough to improve the appearance of your yard, we'll take anything we can get at this point. The next chance for rain is again another week's wait away.