Strong winds will gust up to 40 MPH at times on Sunday. Here’s how that will impact the warmth set to arrive, too. 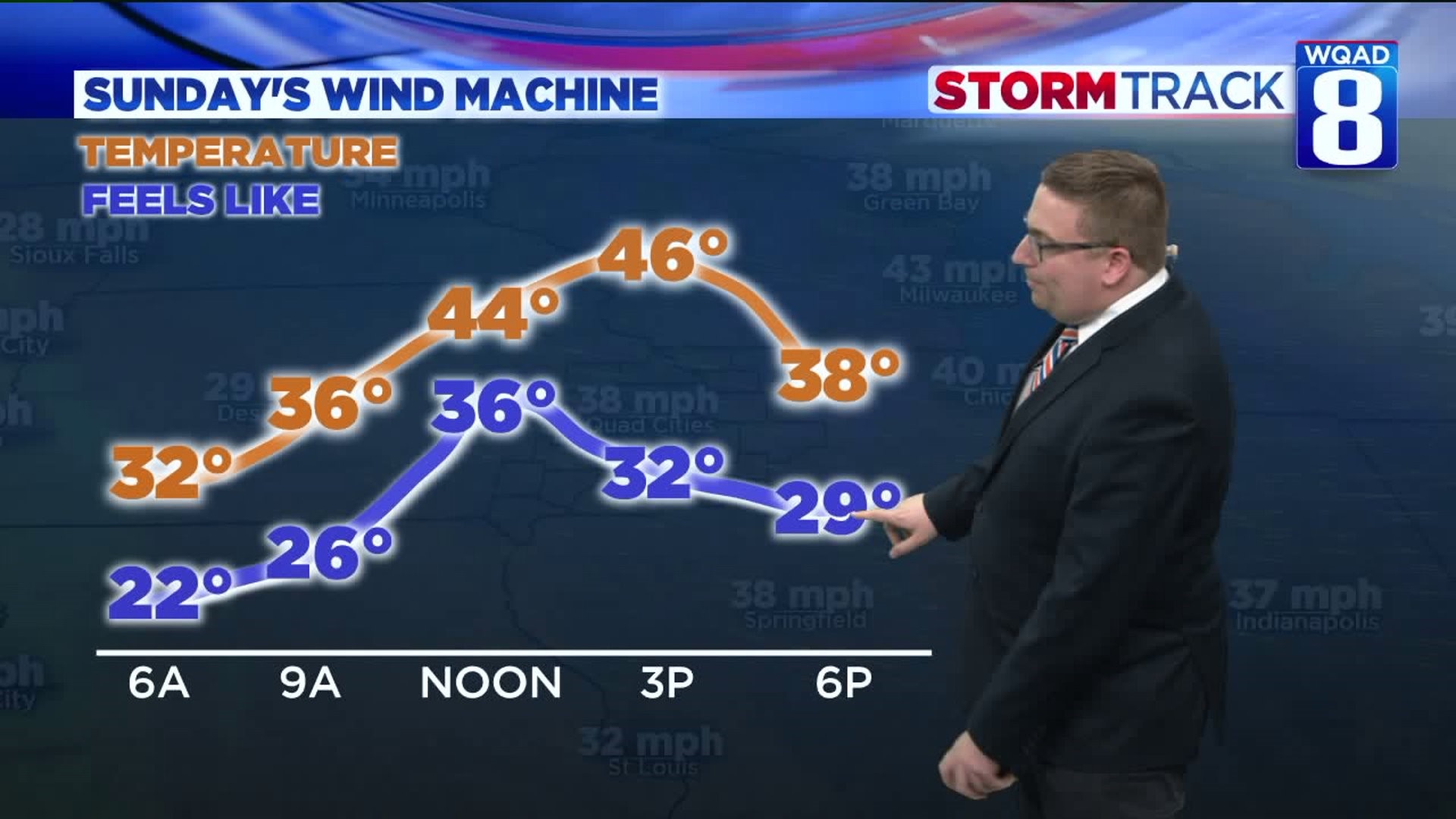 Our first snowfall of 2020 is now in the books with many locations picking up between one and three inches. Princeton is the one exception that picked up closer to four inches.

This snow will quickly become a thing of the past as we head into the second half of the weekend. Temperatures will rise well above freezing, but strong winds will make it feel much colder.

After a relatively calm Saturday night, winds will begin to increase by sunrise Sunday morning. Sustained speeds of 20 to 25 MPH are likely and gusts will approach 40 MPH by the mid-morning hours. Wind Advisories have been issued to our north and west, but wind speeds are not expected to meet those criteria here in the Quad Cities.  The biggest impact other than on high profile vehicles? The wind chill factor!

We will see some nice gains in temperatures for Sunday afternoon, but even with highs reaching the lower to middle 40s, it will feel significantly colder thanks to the strong winds. Wind chill values or feels like temperatures will be held in the 20s and 30s for much of the day, robbing whatever warmth that tries to work in. One thing the warmer temperature pattern will accomplish is melting nearly our entire snowpack by Sunday evening.

The latest snow depth forecast shows most of the current snow completely gone by Sunday evening, with the exception of areas to the north and west of the Quad Cities.

In terms of chances to replenish that snowfall supply, this upcoming week doesn't look too promising. We continue to be in a "zonal" flow, or flow that moves steadily from west to east with very little buckles, or dips for strong storms to form. It also means that relatively mild temperatures will continue. While a stronger storm system is on the horizon for later next week, it appears rain will be the main precipitation type with temperatures possibly breaching 50 degrees by Thursday.