A powerful storm system will bring storms and high winds to the Quad Cities in the next 48 hours. Here’s how long the wind will last. 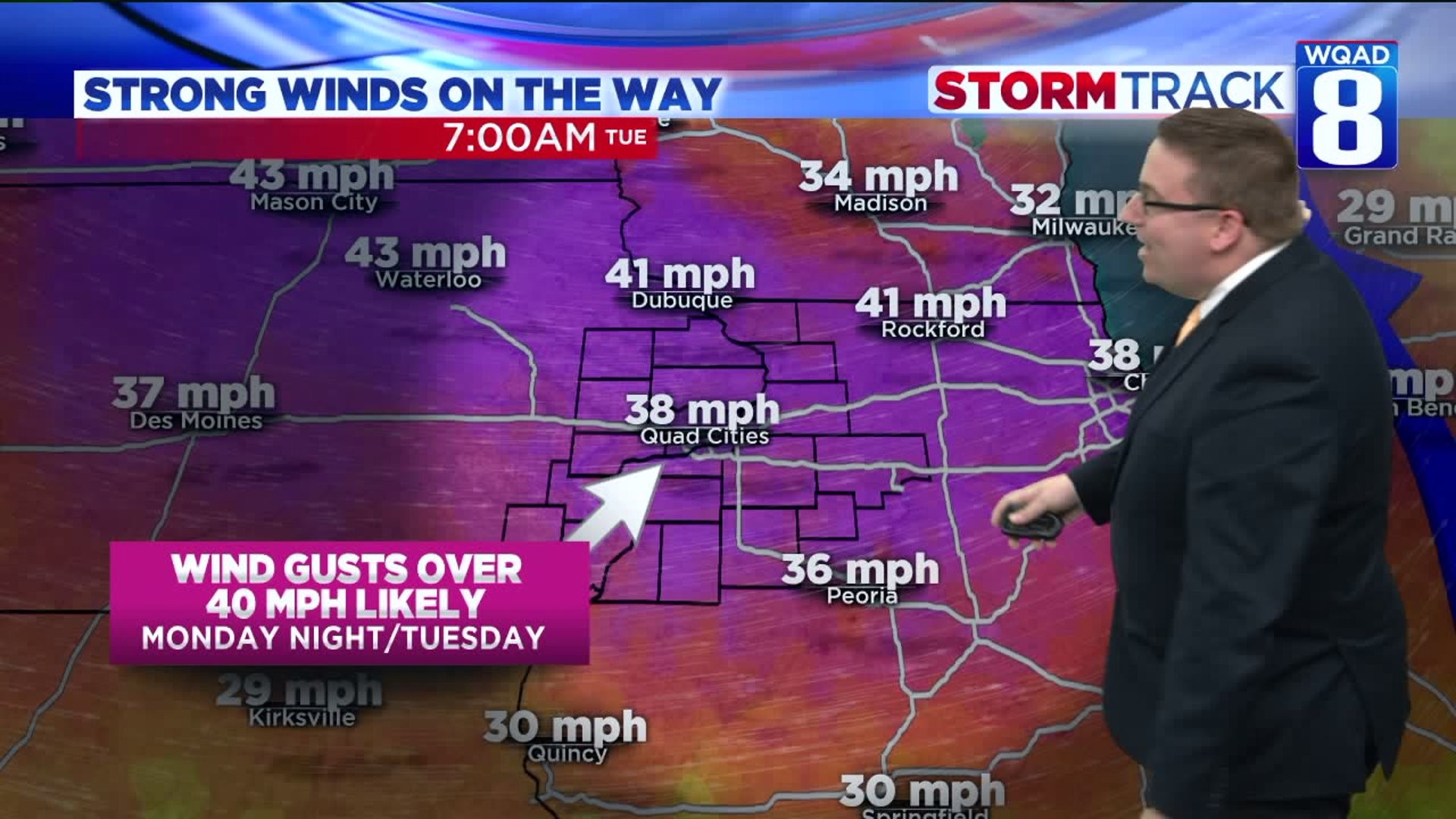 A strong storm system is cranking up this evening over Nebraska and the Dakotas that will bring rain, a few thunderstorms, and strong winds to the Quad Cities on Monday.

The area of low pressure will pass to our north meaning we'll be on the warmer side of the system with rain and a few thunderstorms overspreading the region after midnight Monday morning. Any severe storms will remain south of the area, but some heavy downpours will be likely. We'll see a couple waves of rain, with the heaviest being during the morning hours before a few showers takeover for the early afternoon. All rainfall will end by the evening hours with mostly cloudy skies expected for the evening as the winds continue to increase.

We'll see a few breaks in the clouds by mid-afternoon before another round of clouds and more robust wind gusts move into the region. Winds will begin gusting close to 40 MPH by Monday evening with higher gusts likely into the early morning hours of Tuesday. These strong winds will last through much of the day Tuesday before diminishing Tuesday night. If Tuesday is your trash day, make sure that garbage tote is weighed down!

Total rainfall amounts will average around half an inch to three-quarters of an inch total by Monday evening. Some localized one-inch amounts will be possible, especially east of the Mississippi River.

Behind this storm system, we will see briefly cooler conditions for Tuesday with highs returning to the 50s. A weaker system will pass by on Wednesday into Thursday bringing us a brief period of warmer conditions before we cool down by the end of the week.

Overall the pattern looks like it will be locked into cooler temperatures as we head into the Halloween Holiday and even right into early November. Average highs this time of year range from the upper 50s to lower 60s for reference.

Here's a look at the hour-by-hour forecast from the StormTrack 8 Weather App: