Tracking near record warmth for Christmas

Temperatures will continue to soar as we head towards Christmas, and a few records may fall! Here’s how warm we’ll get this week. 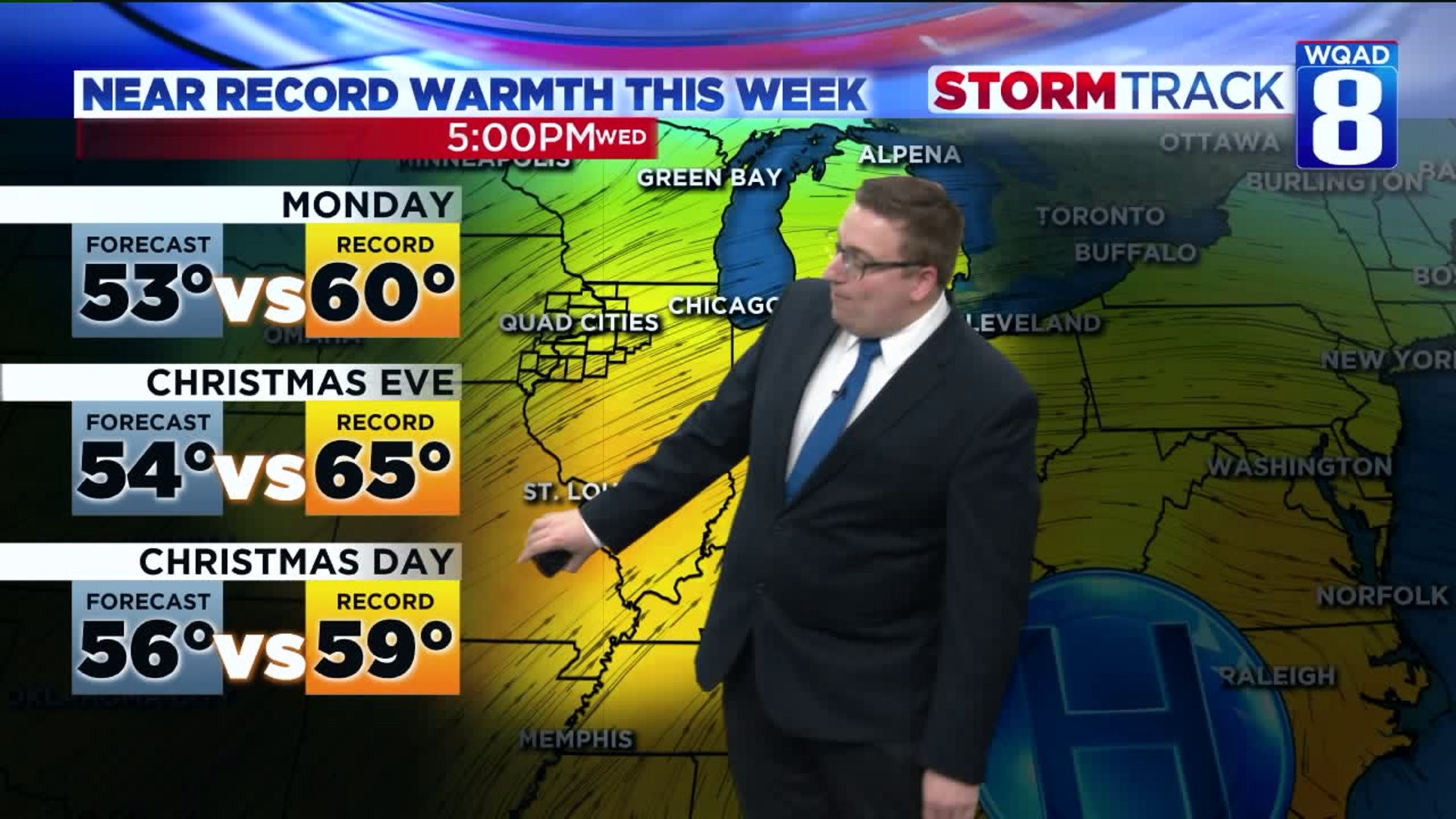 The Quad Cities is no stranger to mild Christmas weeks, especially when there's no snow on the ground and the Arctic air remains locked up in Canada. That will be the case this Christmas as our temperatures will likely climb to near record levels.

The pattern we are caught in continues to favor mild temperatures lasting throughout much of the week ahead with above normal values expected into next weekend. Widespread 50s are likely to continue through at least Christmas Day, and that will be the day where some new records could be set in some of our hometowns. While Monday and Tuesday's highs will likely not break any previous records, we'll be coming awfully close to a new record high for Christmas Day. The one factor that will play into the high temperature for the holiday itself will be the amount of cloud cover. If we can manage to sneak in a few peeks of sunshine, we'll likely come awfully close to the upper 50s by Wednesday afternoon. Either way,  this will be one of the nicer Christmas holidays in terms of weather history here in the Quad Cities.

The lack of snowfall on the ground also helps the warmth survive for longer periods of time. The ground this time of year has a very low Albedo, meaning the darker color can absorb more of the sun's energy. Even though that energy is near the lowest point of the year, we can still get some respectable warmth from it. If we had snow on the ground, these 50s would more than likely be some 10 degrees cooler, because the snow has a high Albedo and reflects a ton of the sun's energy back into the atmosphere.

If you plan to travel this week, the Midwest as a whole will be extremely quiet until the very end of the week and into next weekend. The west coast looks wet along with the southeast coast for the beginning of the week. By next weekend a new storm system will take shape in the Midwest bringing a mix of rain and snow back to the Quad Cities by Saturday. Until then, quiet skies and smooth travel is expected here in the Midwest.