Tracking more snow chances in the week ahead

Accumulating snow will be coming to an end before midnight. More chances for snow are in the forecast. Here’s when it will arrive. 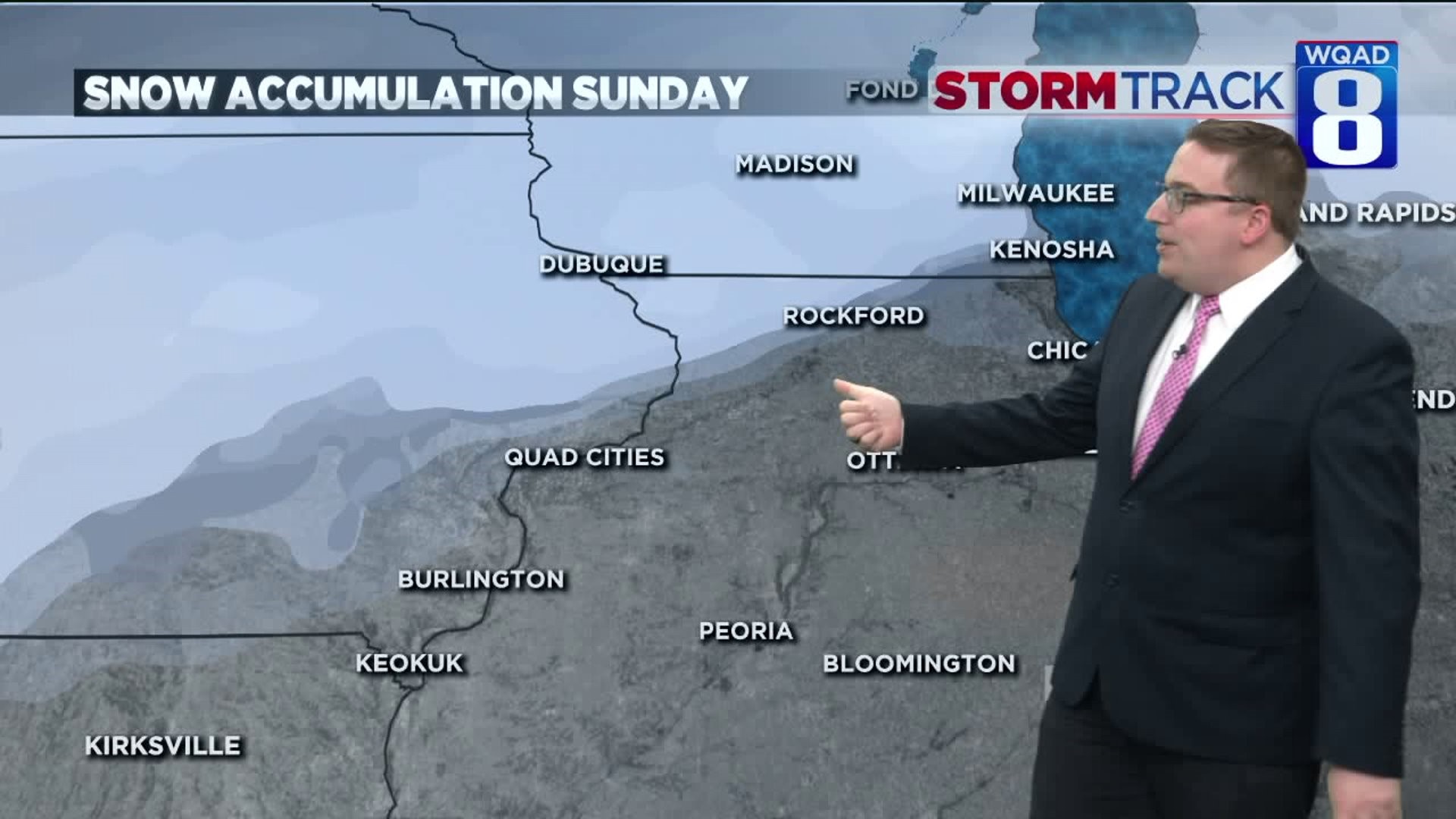 Accumulations of ice from freezing rain this morning are still causing some difficult travel this evening, especially on untreated roads as a new layer of snow continues to fall. The last of the accumulating snow will be moving out just prior to midnight, with most areas picking up between one and three inches of accumulation. Winds will also be decreasing through the evening and overnight, lowering the risk for any significant blowing/drifting snow. We'll see more chances for snow in the week ahead, but first I want to address the elephant in the room.

Many of you are wondering why the snowfall amounts were drastically lower compared to previous forecasts.  Before you grab the pitchfork, here's what happened:

Last night a large amount of the storm's moisture fell in the form of rain and freezing rain. In fact, many locations picked up between half an inch and three-quarters of an inch of rainfall alone! Most ice accumulations remained under two-tenths of an inch total, but enough to cause significant travel problems Saturday morning. Colder air initially lagged behind the system and didn't give us a complete changeover to snow until we got to Saturday afternoon.  The fact that much of the moisture had already fallen in the form of rain, freezing rain, and ice meant snowfall accumulations for Saturday afternoon and evening would be significantly impacted.

One of the things we agree upon in the meteorological community is the importance of storm impacts. All too often we make a big deal about the numbers. How much snow is going to fall, how much rain is going to fall? What's more important is what impact that individual storm system will have on the bigger picture. Numbers can only tell us so much. When it comes to snow, it tells us how much we'll have to shovel, whether travel will be possible or not.

It's the storm impact list that gives us a much better picture of how we will be affected. Notice this list grows exponentially when you incorporate elements like wind, visibility, bitter cold, the power grid, and the weight of snow. These details are much more important than any number or snowfall amount. That's the emphasis that we as meteorologists put the most weight into when it comes to forecasting.

So, bottom line, much of the moisture was wrung out of the system in the form of rain and freezing rain, thanks to temperatures being slightly warmer than originally forecast. Temperatures play a big role in our precipitation type this time of year and an even more dynamic system on top of that fact makes it even harder to forecast.

Back to snow chances for the upcoming week. A weak system will brush areas north of the Quad Cities late Sunday afternoon and evening with a round of light snow. Accumulations will generally range from one to two inches, especially along the US-20 corridor.

Two more systems worth watching include Wednesday and Friday, both of which will return the threat of a wintry mix to the region. Too early to tell if we will see a good chance at accumulating snowfall, but that is something we'll iron out in the days ahead.