As temperatures rise so will the chance for heavy rainfall. Here’s where the heaviest will fall by next weekend. 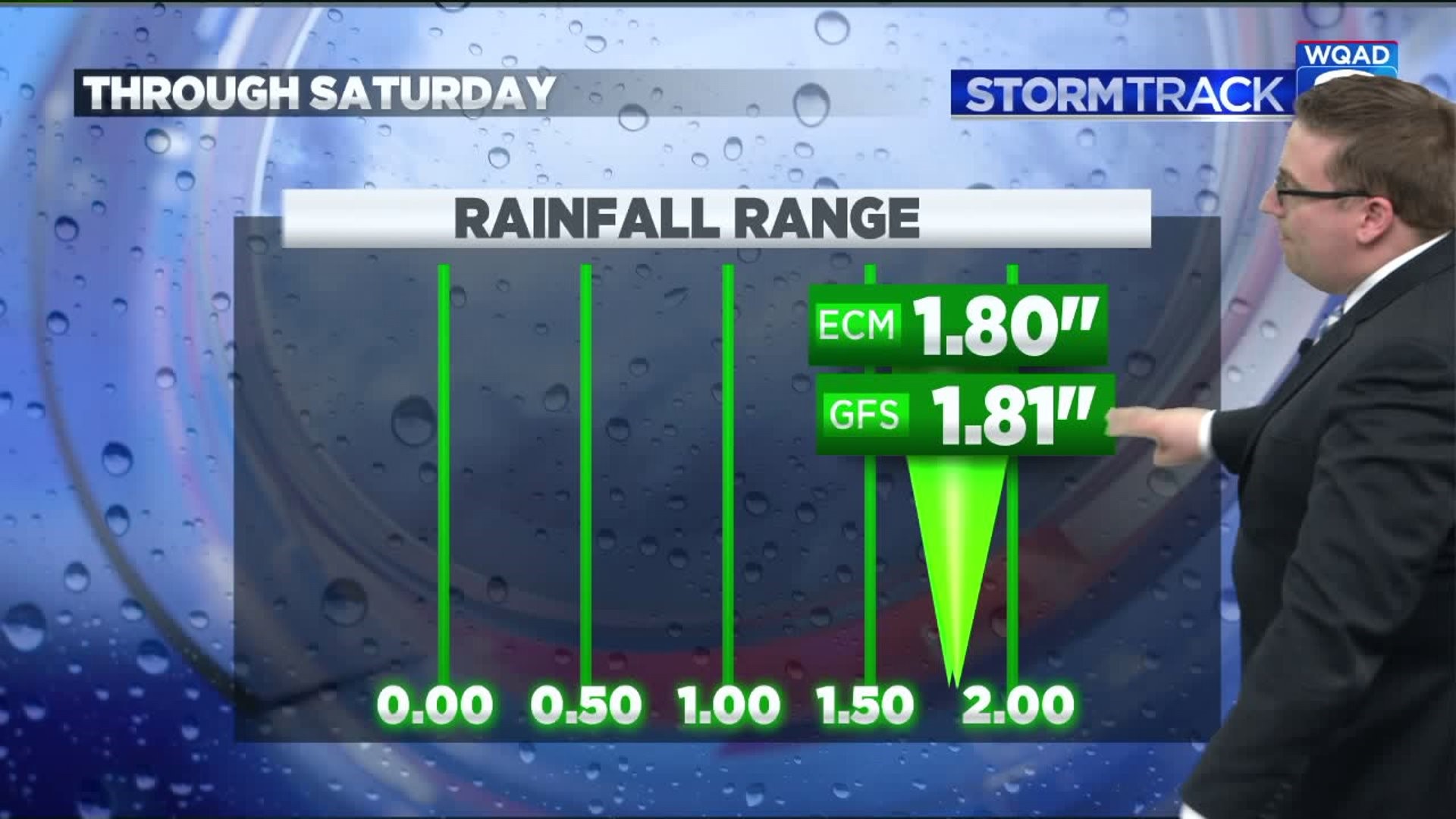 Rain, rain, go away! While this weekend's rainfall was on the lighter side, it was still more rainfall that we didn't need as the ground remains saturated. Thankfully, the pattern early this week will encourage dry conditions and hopefully allow some area floodwaters to recede.

A large area of high pressure sinking south from Canada will provide a beautiful three day stretch of weather through at least Wednesday. Temperatures will be cool on Monday, but by Tuesday and Wednesday we'll make a nice recovery and send temperatures well into the 60s as warm front moves through the region.

The return to warmer temperatures will also signal the return to a more active pattern that brings rounds of showers and thunderstorms through the Quad Cities on Thursday and Friday. The two long-range models we look at agree that an axis of heavy rainfall will be produced across a good chunk of the Midwest, including areas that have already been devastated by extreme flooding.

Both the GFS (American model) and EURO (European Model) have signals of heavy rains measuring at least an inch by Saturday, with both models outputting nearly two inches of rain.  Three other computer models that we reference don't go beyond a few days, so we'll have to wait another 48 hours for additional model data to roll in. If these other models agree with the two long-range models, trouble will be likely this weekend and beyond.

Many of the tributary rivers are now slowly falling, but the Mississippi River will continue to remain in major flood stage with another crest likely incoming by next weekend. The snowmelt to the north continues, though it will be at a slower pace early this week with the cooler temperatures settling in. We'll see that pace pick up again by the second half of the week as the more substantial warmth moves in.

Depending on how much rainfall we receive from the late week system, river levels will likely rise even further into next weekend. Something we will certainly keep tracking in the days ahead.