The threat of heavy rain is on the way out, but heat & humidity work back in tomorrow. Here’s when it will bring back the heavy rainfall. 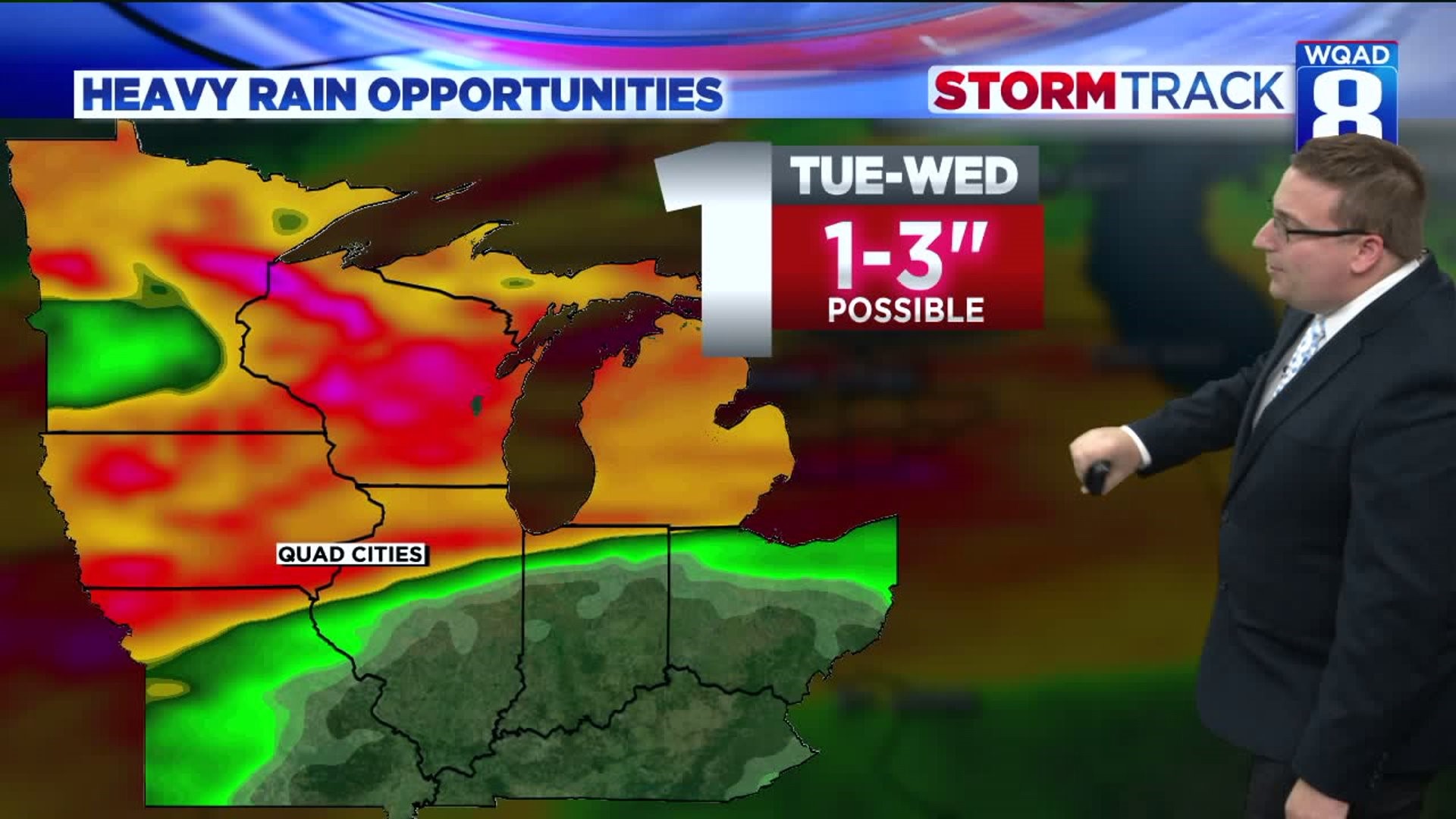 Finally, we'll begin to see a break in the heavy rain activity as early as this evening. A warm front sitting to the south of the Quad Cities will slowly work northward through the night, ending the threat for additional heavy rain. It will, however, bring in some areas of dense fog, especially north of I-80 on the Illinois side of the river. This fog is likely to hang around until 3/4am Monday.

This week will bring some very large temperature swings with it as we jump back into summer for Monday and Tuesday. There will be plenty of humidity that will accompany the heat, too. But, by the end of the week temperatures are set to take a major nosedive as our first real taste of autumn moves in. It's been more than 100 days since we have seen high temperatures held lower than 65 degrees for a daytime high.

That extreme temperature transition is bound to bring an active pattern back to the Quad Cities region a few more times this week. Beginning Tuesday afternoon and through much of Wednesday, a slow-moving cold front will draw up an impressive amount of moisture from the Gulf of Mexico and bring back the threats for heavy rains. You can see the Quad Cities is again under the threat for at least one to three inches of new rainfall by the middle of the week. Even more concerning, areas to our north are also in line to see heavy rain. With many of the tributary rivers flowing to our north, all of that water will eventually have to work its way down through the Mississippi River in the next week or two.

In all, much of the region will see rainfall totals of two to four inches total for the week ahead. There will certainly be some areas that pick up much more than this, but that is something we'll be pinpointing in the next 24 hours. Bottom line:  rises on all area rivers will begin this week.  What remains to be seen is just how high all the water to our north will push the Mississippi River out of its banks. Certainly we are not looking at major flooding here, but do expect some modest rises in the days ahead.