We’re tracking at least four systems that will bring a mix of wintry weather this week. Here’s which one will bring the threat of more ice. 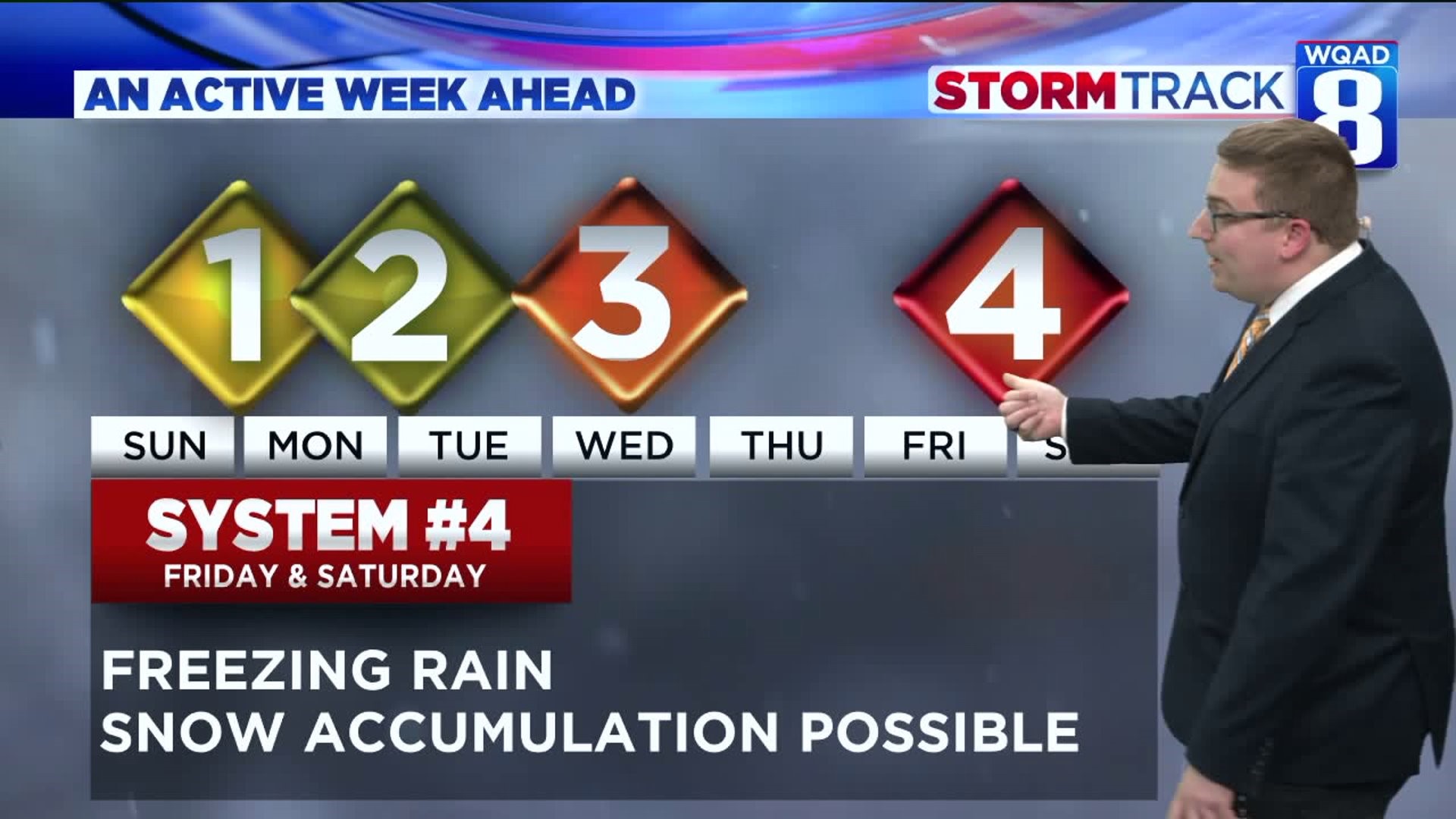 A new round of accumulating snow is on the way tonight for some of our hometowns, especially north of the Quad Cities. Light snow and areas of freezing drizzle will begin after 8pm and last until around midnight. Areas along US-20 near Monticello and Dubuque will see the best chance at any snow accumulation with one to two inches possible in these areas.

Elsewhere, freezing drizzle will create scattered slick spots, especially on untreated surfaces. This activity is expected to wrap up before the Monday morning commute, so no major impacts are expected.

This entire week is filled with plenty of energy and enough moisture to give us a chance for wintry weather every 24 to 36 hours or so with four total storm systems on the way. The first one arriving tonight with light snow to the north, the second will bring another round of light snow through here by Monday night. Accumulations will be very low, mainly less than an inch and once again focused north.

System number three arrives on Wednesday bringing a mix of rain and snow. At this time the chances for any snow accumulation look low.

The most interesting of the bunch, system number four, arrives on Friday and Saturday. This one looks very similar to the system we just went through this past weekend. It will likely bring the threat for freezing rain and some snow accumulation. This will be the one to watch this week.

Beyond next weekend, several signs are pointing to an arctic outbreak across the upper Midwest that will send temperatures plunging well below normal for this time of year. An arctic high will move down by Sunday and hang around for much of the following week. This will keep daytime highs limited to the single digits above zero and will likely send wind chill values well below zero.

The temperature trend for the next two weeks shows this pattern change quite well. After several days with above-normal temperatures, the bottom falls out in a major way by week two. Snow lovers certainly love to see this as the colder air usually comes with increasing snow chances. It can also, however, come with an increased risk for ice should the pattern flip again and a warmer system tries to move through later this month. Another thing to watch in the weeks ahead!