Tracking a couple more rounds of snow before the weekend

Andrew’s tracking a few more rounds of snow before we reach the weekend. Here’s when and where the heaviest will fall. 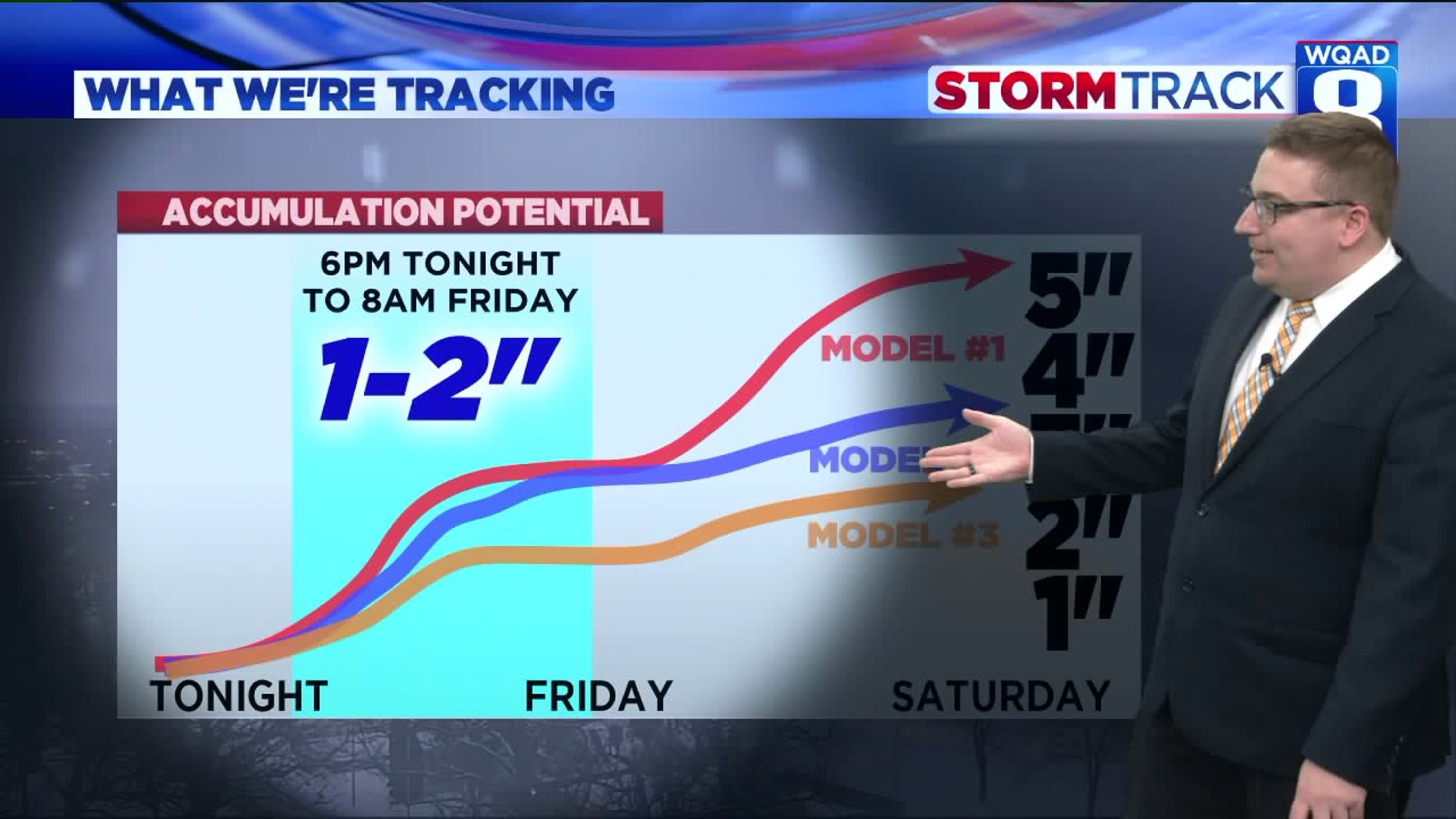 ***A Winter Weather Advisory has been issued for the Quad Cities until noon Friday. Light snow will create slick travel conditions Thursday night through much of the morning commute Friday. Reduce speed and leave extra time to reach your destination safely.***

After a lul in the snow activity this afternoon, a new round of accumulating snow is on the way for tonight through much of Friday.

The next batch of moisture and energy is currently working up from parts of Missouri and west-central Illinois. Like Wednesday night, this will be a light snow event with a few moderate snow bands mixed in from time to time. Temperatures will also remain very close to freezing, allowing road crews to keep many of the main roads clear. Side streets will definitely become snow-covered once again by later this evening, so leave some extra time to reach your destination Friday morning.

The wave of light snow we see tonight won't be the last, the next wave will arrive by later Friday afternoon and especially Friday evening. It's this final band that could put down some heavier totals east of the Mississippi River and reduce visibilities, too.

In total for this entire storm system, many areas will pick up between one and three inches. It is hard to measure, though, because we have gone above freezing many times during this event which is causing some of the snow to compact while melting.

Looking at the snowfall totals geographically, those heavier totals to the east of the Quad Cities will be arriving Friday afternoon and evening, right around the I-39 corridor. If your travel plans take you into Chicago, expect some rough road conditions there, especially if you are not using the tollways.

Once we reach the weekend the active pattern will take a temporary break, but the mild temperatures will not. We'll actually remain above normal through much if not all of next week as temperatures stick to the 30s and even a few 40s. This will continue to slowly eat away at our snowpack and also melt off some of that pesky ice!

The next chance for any significant storm system looks like it will hold off until late next week.