Tornado touches down near Bernard, Iowa with 100 mph winds 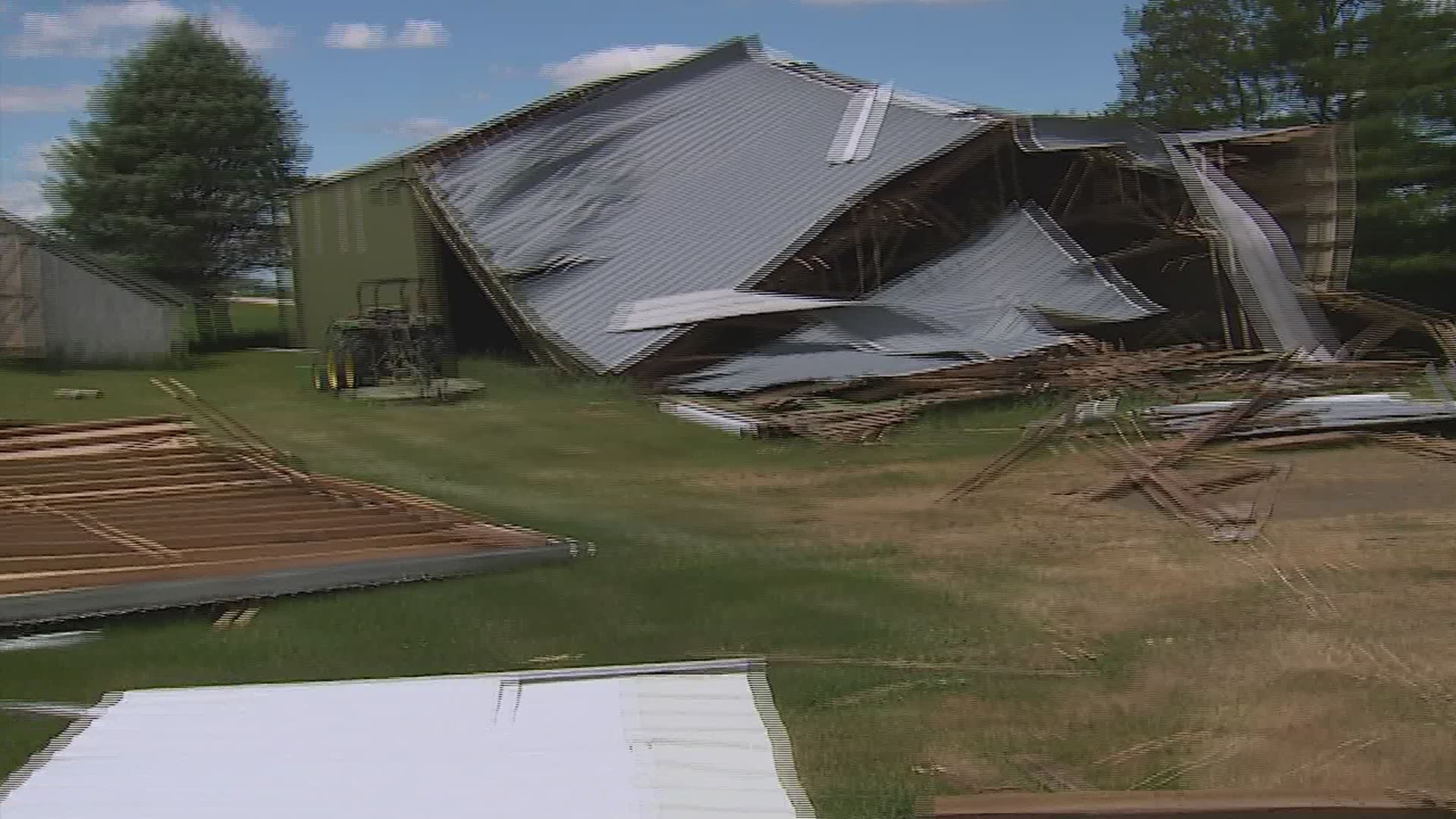 BERNARD, Iowa — Winds up to 100 miles per hour ripped across parts of rural Jackson County, Iowa Sunday evening as a powerful cold front moved in. The combination of the front and large amounts of instability fueled a round of severe thunderstorms that produced a confirmed tornado outside of Bernard, Iowa.

The National Weather Service in the Quad Cities dispatched a storm damage survey team to the area early Monday morning, confirming that an EF-1 tornado with winds up to 100 miles per hour touched down near Garry Own which is just south of Bernard, Iowa.

Damage was seen at least four farmsteads in the area with heavy damage sustained to a few outbuildings.

Warning Coordination Meteorologist Rich Kinney with the National Weather Service in the Quad Cities says these types of tornadoes are often hard to spot. "These are dangerous situations which you know. With this type of tornado, it can often be rain-wrapped and you really can't even tell if a tornado is coming. So, pretty dangerous situation, very narrow, pretty intense path", says Kinney.

Damage to corn crops was also seen in spots where the corn was flattened from the strong winds.

Fortunately, no injuries were reported.