The Eric Factor: Earth’s fever is getting worse, no cure in sight

Bad news: Our planet has a fever and it’s not going away. According to NOAA, July was the globe’s hottest month in recorded history. While the event... 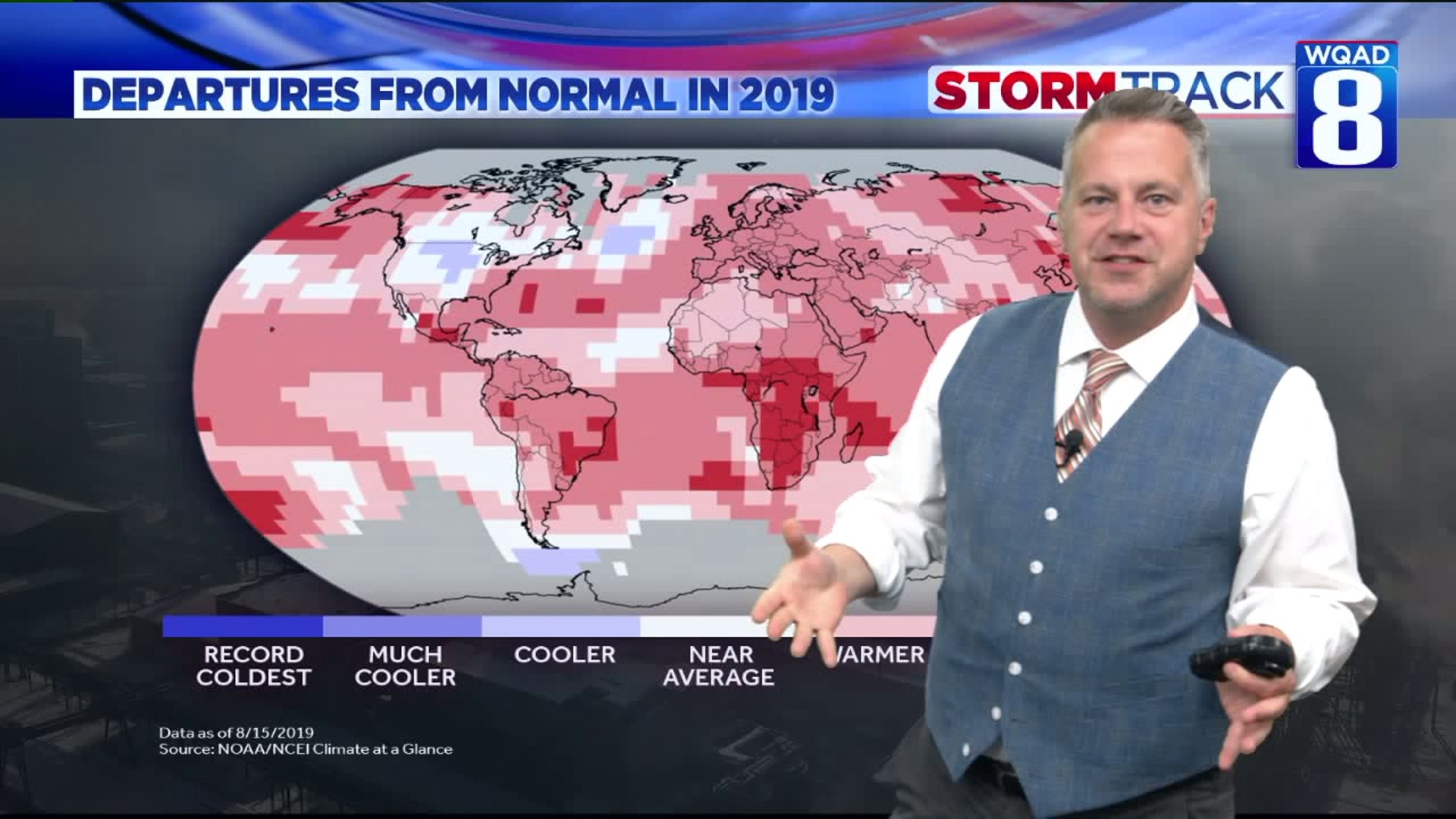 Bad news: Our planet has a fever and it's not going away. According to NOAA, July was the globe's hottest month in recorded history.

While the event is historic, it's not unexpected. The past five years have been the warmest on record for the planet, leading to more intense repercussions when it comes to drought, storm intensity, blizzards, and even polar vortex displacement.

WQAD News 8 has teamed up with Climate Central which gives us the ability to look at the warming over time.

In the Quad Cities, our weather records date back to the 1800s. You can see here the ratio of record highs to record lows. The "Dust Bowl" years of the 1930s show up with many more record highs than record lows. Then, we went into a relative cooling for our part of the world, followed by more intense warming...especially in the 1990s, 2000s, and 2010s.

Climate Central analyzed the occurrence of records with only 34 of major cities (14%) still having the 1930s as the warmest decade, versus the warming seen in the 2000s and 2010s.

The last five years were the Earth's hottest, dating back to 1881. This year is slated to end up right near the top, mainly due to human-caused climate change.

I think the most interesting graphic I have for you is this one. You may wonder how our incredibly cold and all-time record-breaking temperatures from January and February come into play. This map shows the departures from normal across the World. The Upper Midwest U.S. is the only land area on the planet that is running cooler than normal! The only other place is over the Atlantic Ocean, just south of Greenland (probably in part due to the intense melting of glaciers into the ocean).

Global warming will intensify and impacts will be felt further as the world fails to curb human-caused climate change.