Forecast consistency points to a White Halloween! And contrary to many people’s memory, it will be the first time the Quad Cities experiences it. 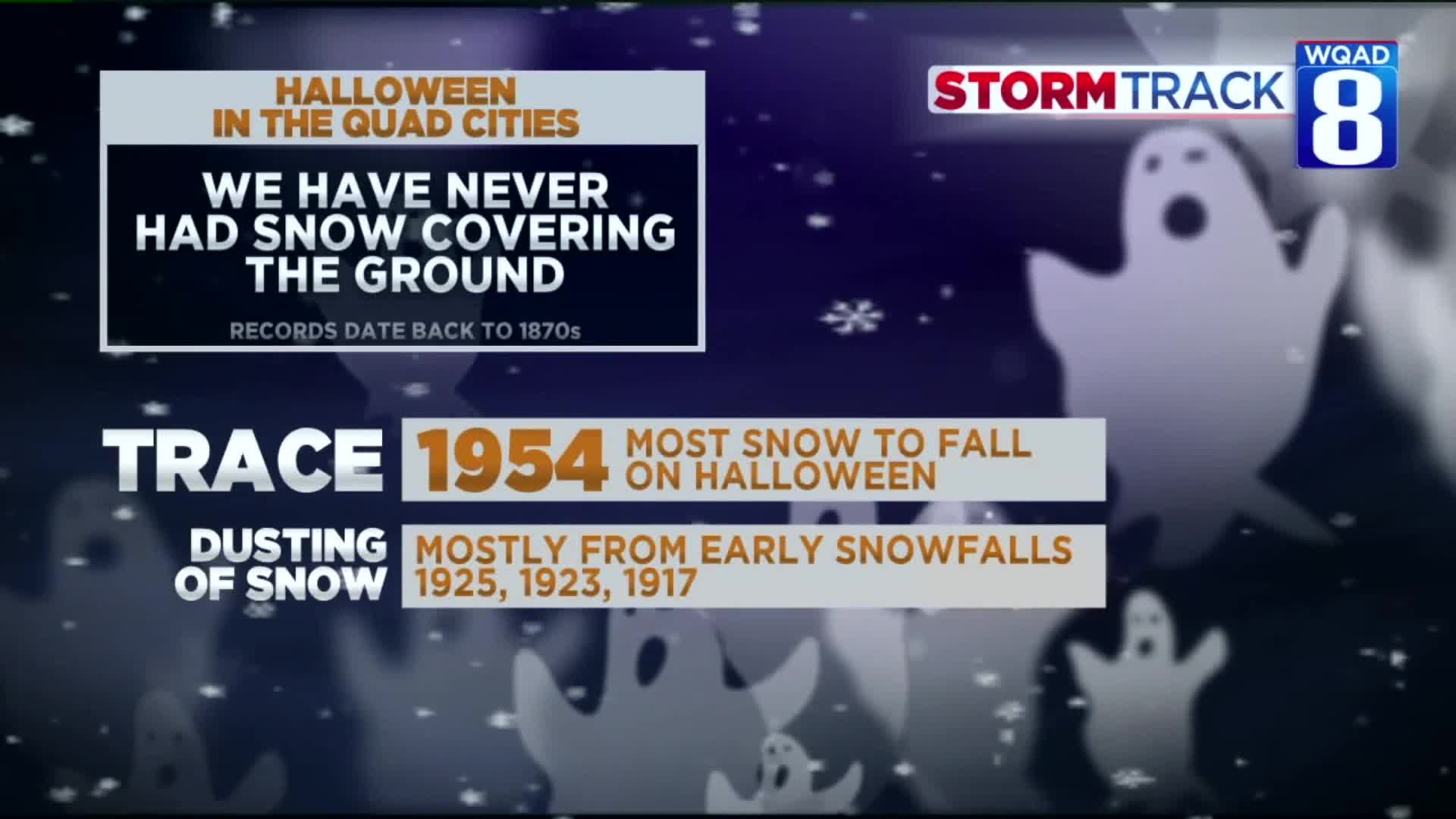 Forecast consistency points to a White Halloween! And contrary to many people's memory, it will be the first time the Quad Cities experiences one.

I posted yesterday that we have never had a snowy Halloween and people were quick to point out that I was completely wrong. Some even pointed fingers of "fake news."

Of the hundreds of comments we received on social, e-mail, and phone calls, people pointed to varying years of their memory.

This certainly would be the first time the Quad Cities trick-or-treats in snow. Several inches are possible. pic.twitter.com/ea8yr4RC9u

Stephanie Egan said, "Are you sure? I remember 6-8 inches of snow when I was little and had to wear my snowsuit to get candy."

Kathleen McKinney commented, "It happened in the 1970s. My sons had to wear winter jackets for trick-or-treating."

Louise Eller remembers, "It was 26 years ago. Zoe was little and I remember."

Julie Cameron vividly remembers a different year, that there was a "snowstorm in the 70s. I was stuck in my uncle's driveway."

Then, there are people who point to 1967 as being an early year for snowfall. Richard Jansen commented, "Halloween 1967. We had 4 inches on the ground." But according to the National Weather Service, it rained with temperatures steady in the 40s on that day.

So how are so many people remembering Halloween snow storms that never happened?

One could surmise that different memories of snowy weather are somehow connected to this particular holiday. While there have been a few instances of October snow in the Quad Cities, we have no records of any happening on Halloween.

There hasn't even been a Halloween with snow on the ground. Perplexed, I asked people to send in their Halloween snow photos. Surely, Mom and Dad would've snapped photos from something so out of the ordinary. Right?

I only got one undated photo from Tressa Ziano Blanco in Granville. It's a great photo of a spiderweb completely covered with snow.

I scoured National Weather Service data for Dubuque, Rockford, and Chicago and only found instances of flurries on Halloween. You can look for yourself here:

While we have missed out on Halloween snow storms so far, Southern Illinois got a big one in 1993. Nick Hausen, the Morning Meteorologist at WSIL-TV, reminded me of kiddoes trudging through as much as six inches of snow.

Two years before that, Central Iowa, Minnesota, and Wisconsin saw a full-fledged blizzard on Halloween! More than two feet fell near Duluth, Minnesota with the Twin Cities seeing more than a foot.

Instead of relying on fuzzy memories from the past, how about a real snowy Halloween? There's a good chance that the snow that is on the way for us Thursday morning will give us the snowiest Halloween we've ever seen here.

Ready or not, here it comes.