The consequences of a warming fall season

While warmth in the fall may be comfortable, it can also have several consequences. Here’s how prolonged warmth impacts you. 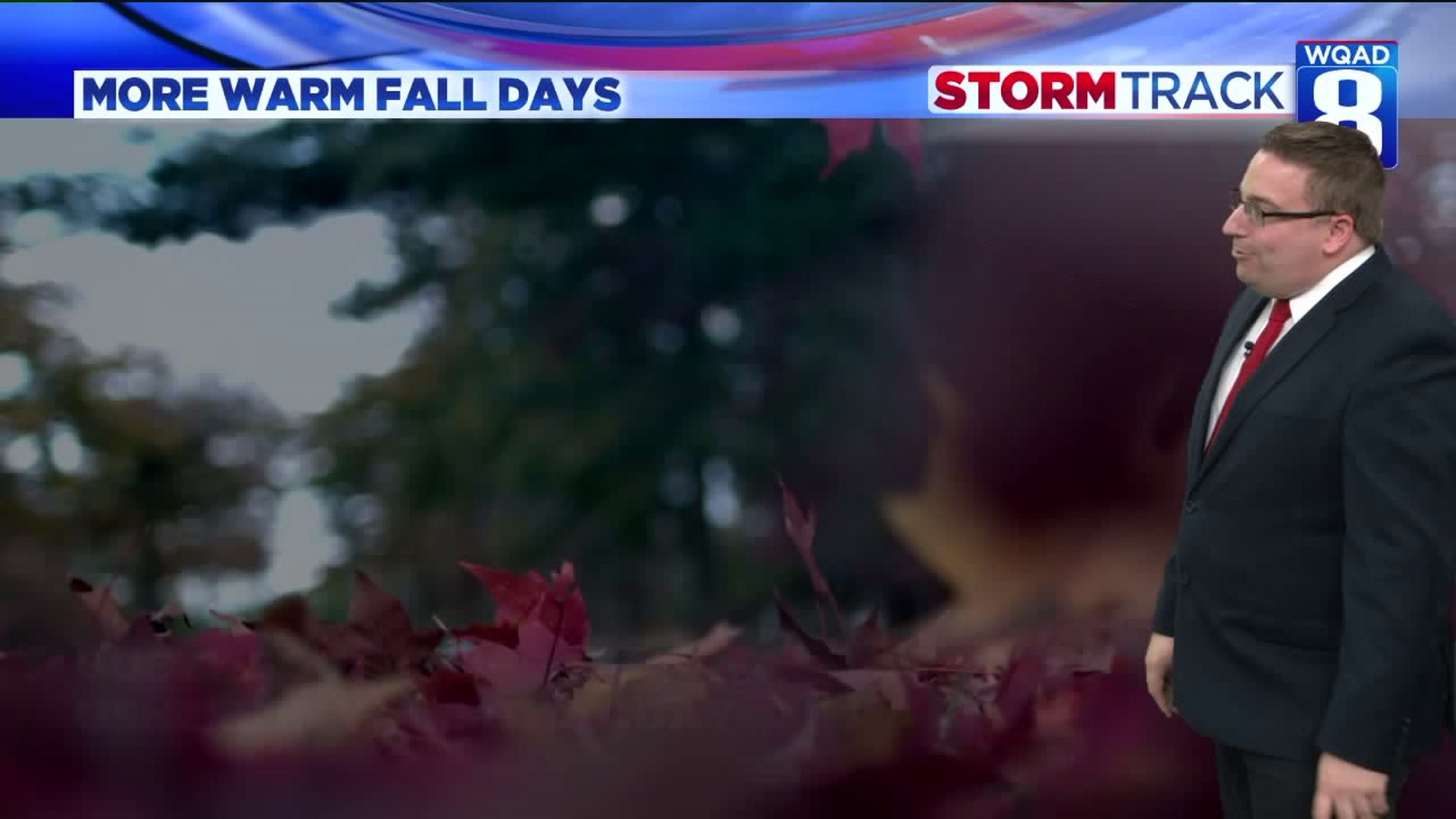 A big change in temperature lies ahead as we end out the workweek.

A fairly substantial area of warmth to the west is making good progress into the Quad Cities. These warmer temperatures will come with more winds out of the south gusting to around 20 mph at times during the afternoon Friday.

While this warmth will be relatively short-lived, prolonged periods of warmth in the fall come with many consequences, some that we may not even realize.

A recent study revealed that since the 1970s, the Quad Cities has seen on average eight more warm fall days each year.

These days are classified as periods having above normal temperatures for the months of September, October and November. If you look at the overall trend, it is definitely rising with time.

October in itself is quite a volatile month for temperatures.

Our average highs move around quite a bit, going from the low 70s early in the month all the way down into the upper 50s by the end of the month. We've also seen some extremes, too.

Extended periods of warmth in the fall can lead to several different issues, such as extending the same problems we face during the spring and summer months.

For example, mosquitoes and other flying insects are able to survive and breed for longer periods of time due to the warmth. This can lead to more disease transmission between humans and animals.

Suffer from allergies? The extended warmth isn't good news for you, either. It means a longer growing season filled with more pollen and other allergens.

Surprisingly, fall is not the season in which we are seeing the most growth when it comes to warmth.

That change is actually occurring during winters here in Illinois and Iowa, whereas fall is the season that sees the third warmest growth.