Storms knock out power to several thousand in QC 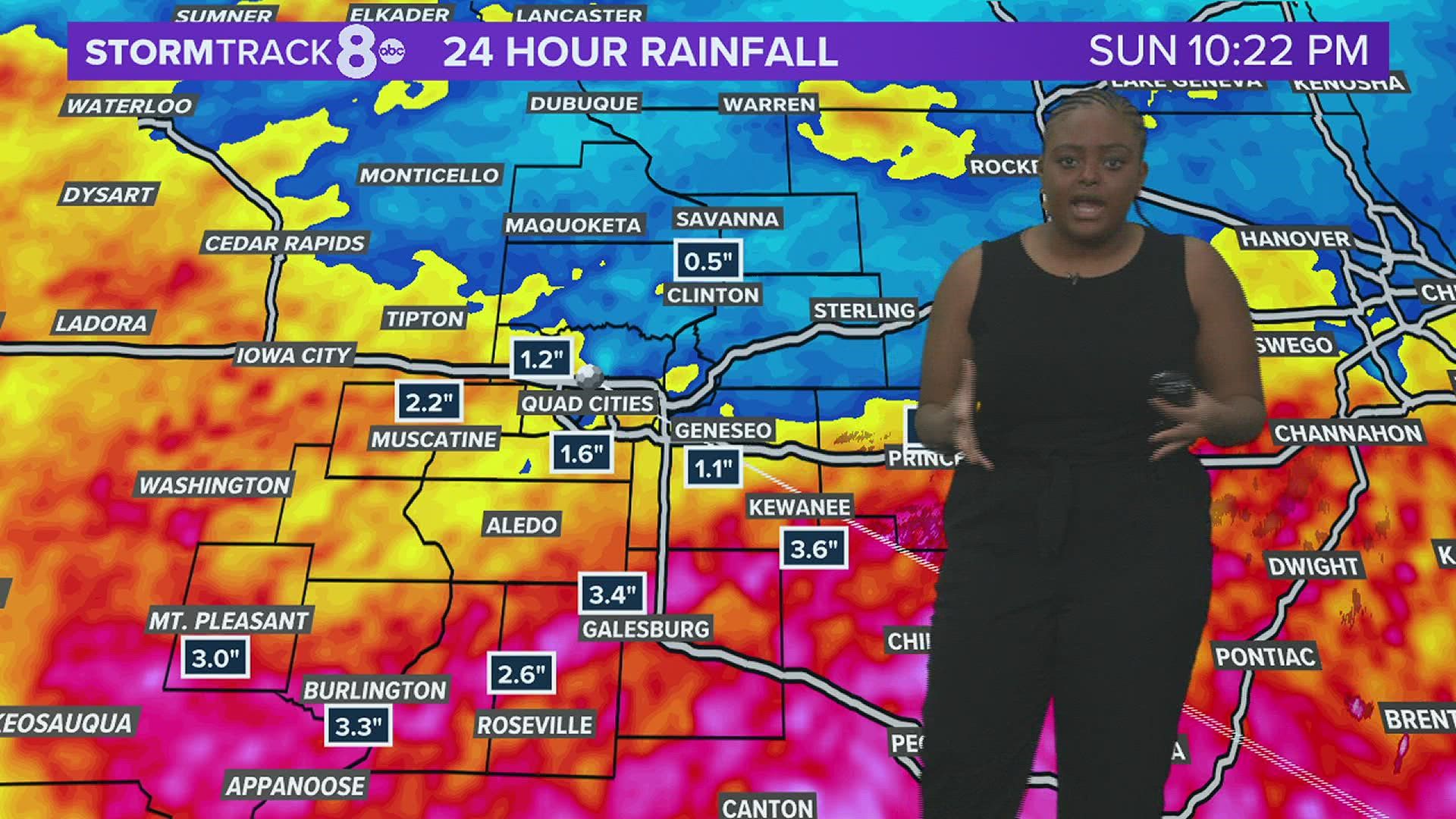 Thousands were without power Sunday night, with first reports coming in at about 8 p.m. Many costumers remained without power as of 5:30 a.m. Monday:

4 AM RAINFALL UPDATE: Impressive numbers coming in so far this morning including more than three inches of rain in Bureau County. Rain and wind continues this morning. #WeTrackStorms pic.twitter.com/X4JOv5Qt9n

RELATED: How long your food will last in the fridge during a power outage

As of about 9:45 p.m. Sunday, the National Weather Service reported the following 24-hour rainfall totals:

Wind gusts as great as 35-40 mph were seen at about 5 a.m. Monday, especially west of the Mississippi River.

A Flash Flood WATCH has been issued for areas along and south of I-80 until 7 am Monday. Heavy rainfall is likely through Sunday with rainfall amounts possibly exceeding three inches in some locations. #WeTrackStorms pic.twitter.com/0uW2qSLn2m

Light to moderate rain will continue to sweep through the area through late Monday morning. A flash flood watch remains in effect for areas along and South of I-80 until 7 a.m. 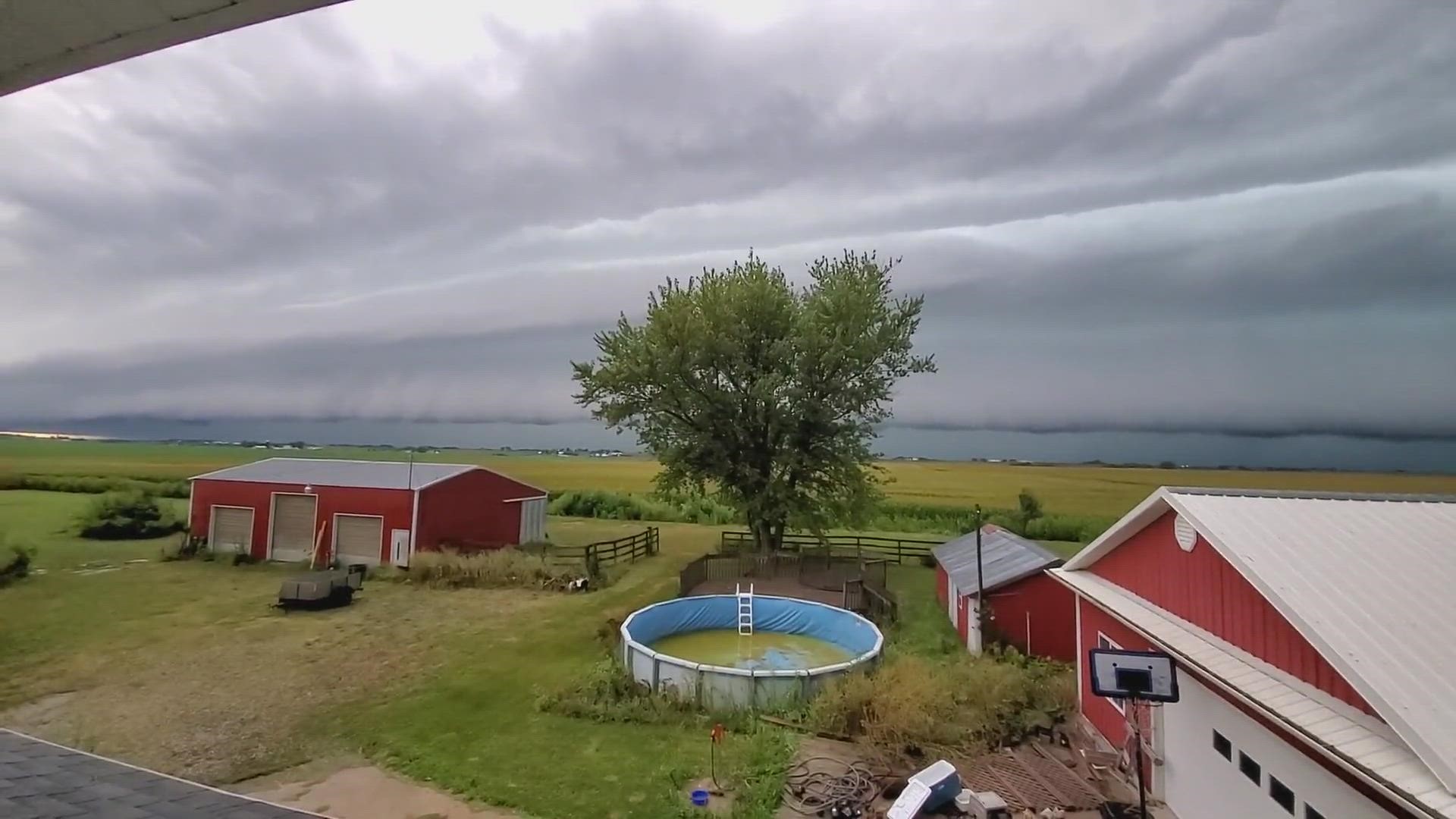