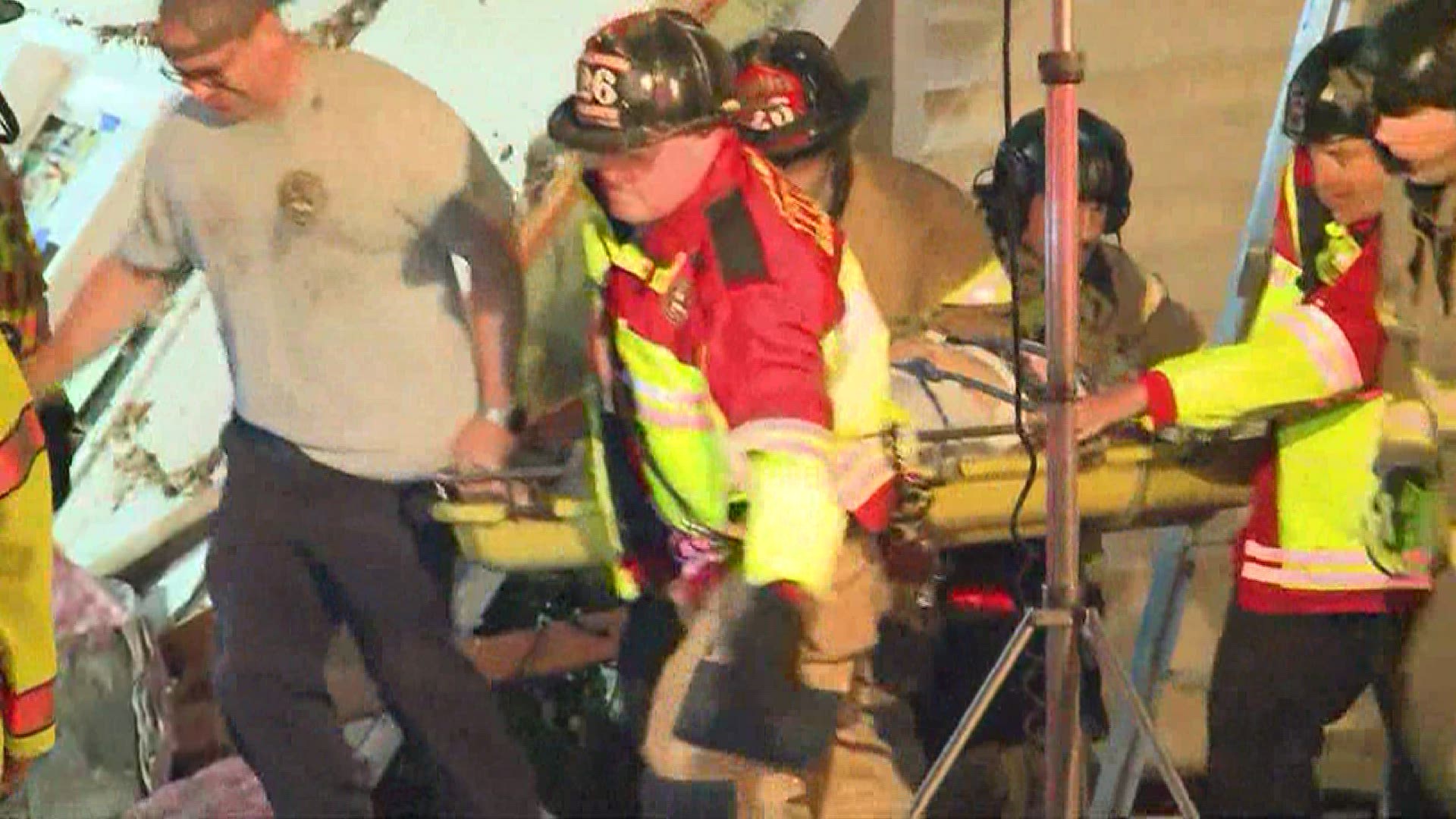 CHARLOTTE, N.C. — A storm system with a history of damaging winds, destructive tornadoes, and flooding rains is moving across the Southeast. Brad Panovich and the First Warn Storm Team are tracking as the severe weather moves through Charlotte and the Carolinas.

6:30 a.m.: Rescue on-going after a tree fell onto a home along Countrymens Court in Charlotte. Medic says they have responded to 78 calls thus far this morning. 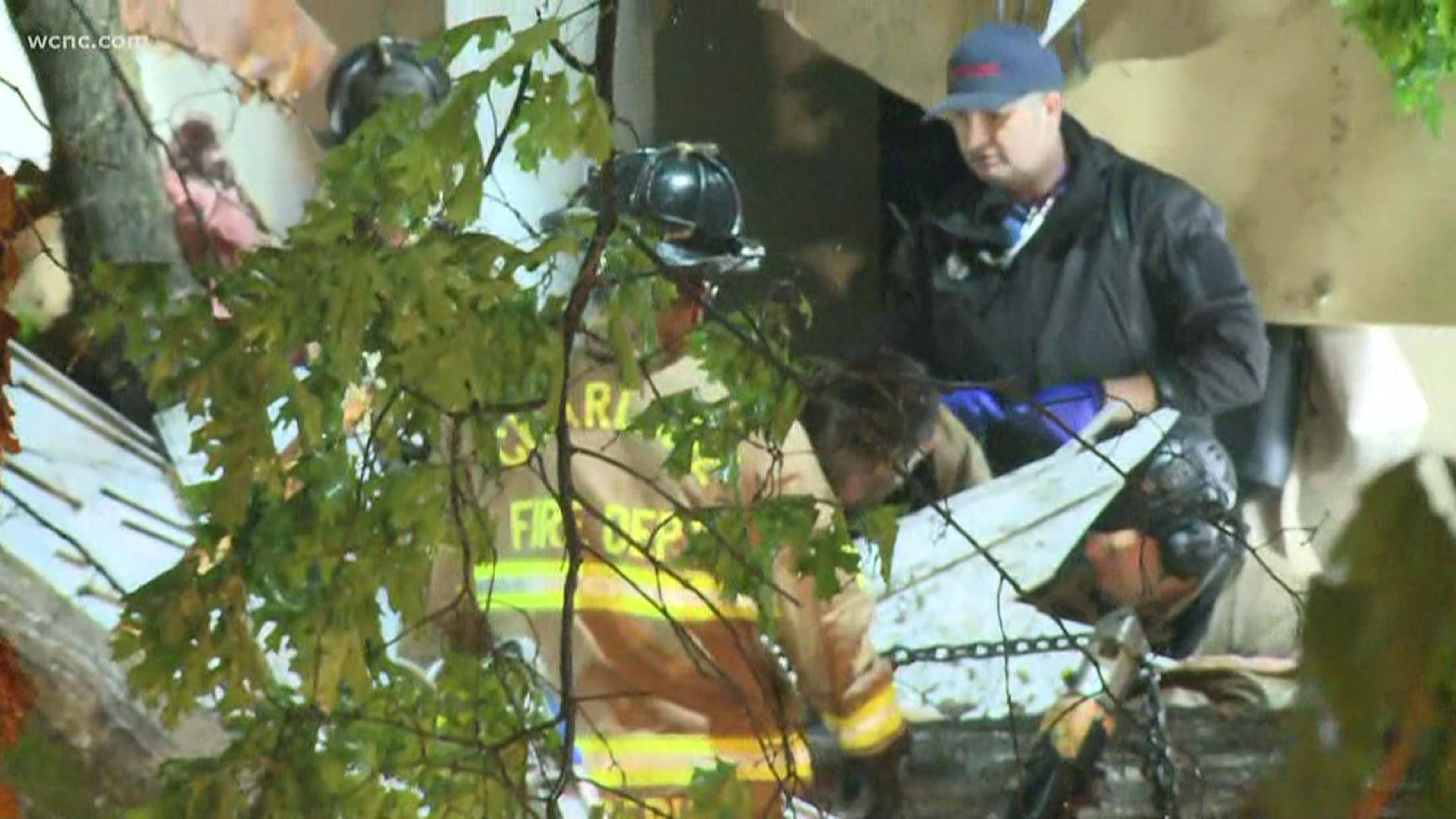 6:20 a.m.: One line of storms has moved through. A second is moving into the Charlotte area.

There are also numerous trees down across the region.

5:55 a.m.: Duke Energy is now reporting 31,000 customers are without power as strong storms moves across the Charlotte area.

5:20 a.m.: A tractor-trailer jackknifes on I-85 in Charlotte. Two other cars were involved in the accident. The driver of the truck climbed from the cab at the scene. It's unclear if there are any other injuries. 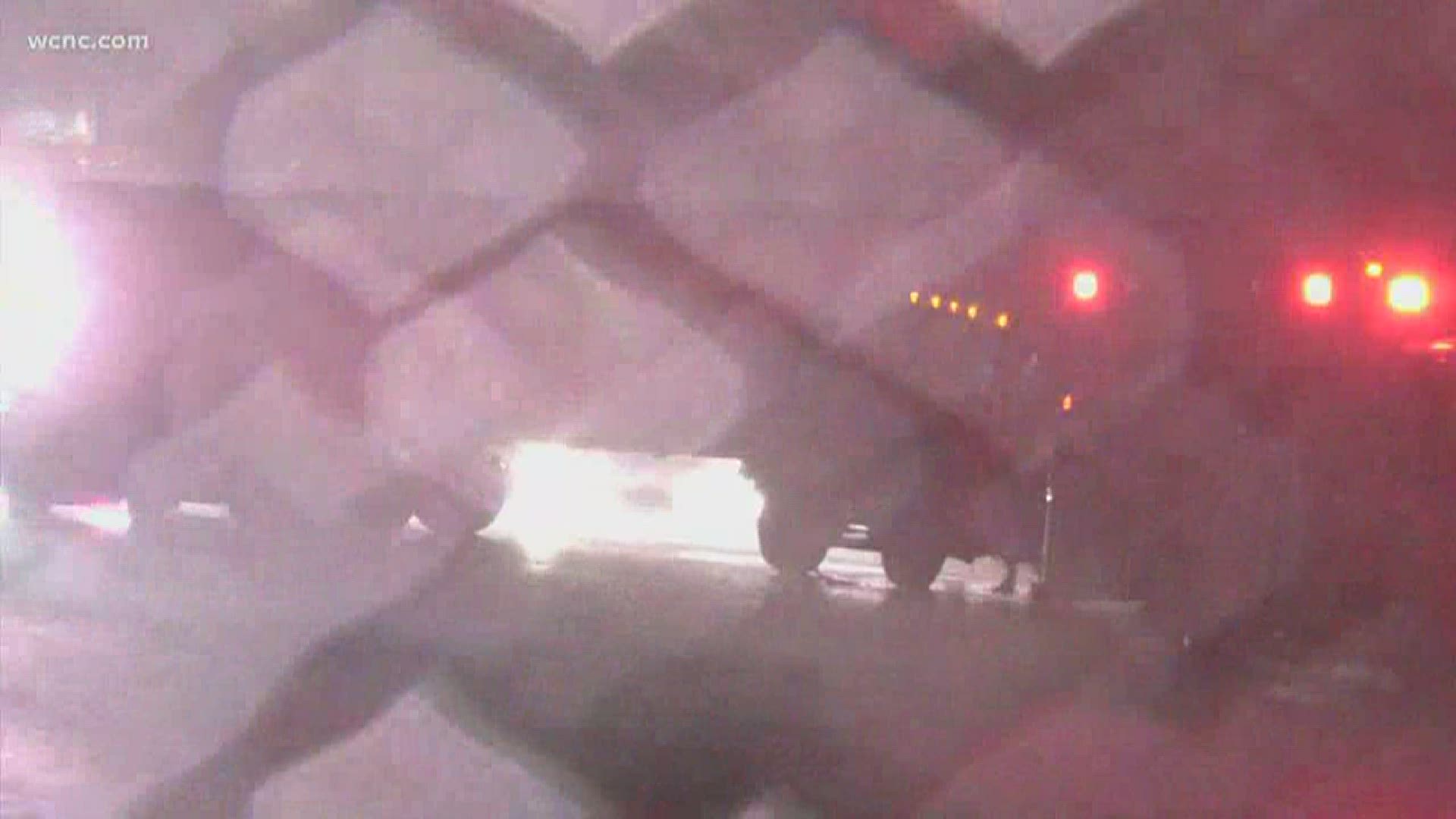 5:00 a.m.: Flash Flood Emergency declared in Watauga County. The National Weather Service is warning of life-threatening flooding in locations including, but not limiting to, Boone, Blowing Rock, and surrounding cities. 3-5 inches of rain have fallen over the past few hours.  Law enforcement reports numerous roads are under water, structures are being flooded, including homes, schools, and businesses. Flooding is reported on Bamboo Rd, Deerfield Dr, and Meadowview Rd, along the New River.  Additional rainfall of 1 to 2 inches during the next couple of hours

4:55 a.m.: Trees down across the region as radar estimated winds climb above 60 mph.

4:50 a.m.: Radar-indicated rotation in Gaston County near Belmont. Brad and the First Warn team are monitoring for possible development.

4:40 a.m.: There is a line of severe thunderstorm warnings along the I-77 corridor from Virginia, through Charlotte and North Carolina, and into South Carolina.

4:15 a.m.: Mecklenburg County and surrounding counties are under a Severe Thunderstorm Warning. The warning, which contains a risk for 60 mph winds and tornadoes possible, is in effect for Cabarrus, Catawba, Davie, Alexander, IRedell, Lincoln, Cleveland, Rowan, Gaston, York, and Cherokee.

4:05 a.m.: Charlotte-Mecklenburg Police says South Tryon Street is closed at Westinghouse Boulevard due to power lines in the road.

3:50 a.m.: Reports of multiple trees down in Burke County, NC. Radar estimated winds are between 50 and 60 mph.

3:45 a.m.: A Tornado Warning is in effect for Greenville and Pickens counties in the upstate of South Carolina. The First Warn team is monitoring this storm, which could continue into North Carolina within the next hour. There was another tornado near Clemson, South Carolina. That tornado was observed and considered to be considerably dangerous.

3 a.m.: A Severe Thunderstorm Warning issued over several counties in the foothills of North Carolina. The warning, which is in effect for Catawaba, Rutherford, Alander, Iredell, Lincoln, Caldwell, Cleveland, and Burke counties, contains a risk of 60 mph winds and possible tornadoes