Midway through the Midwest severe storm season, a Quad Cities business says there's one crucial thing to do if dangerous weather hits your home. 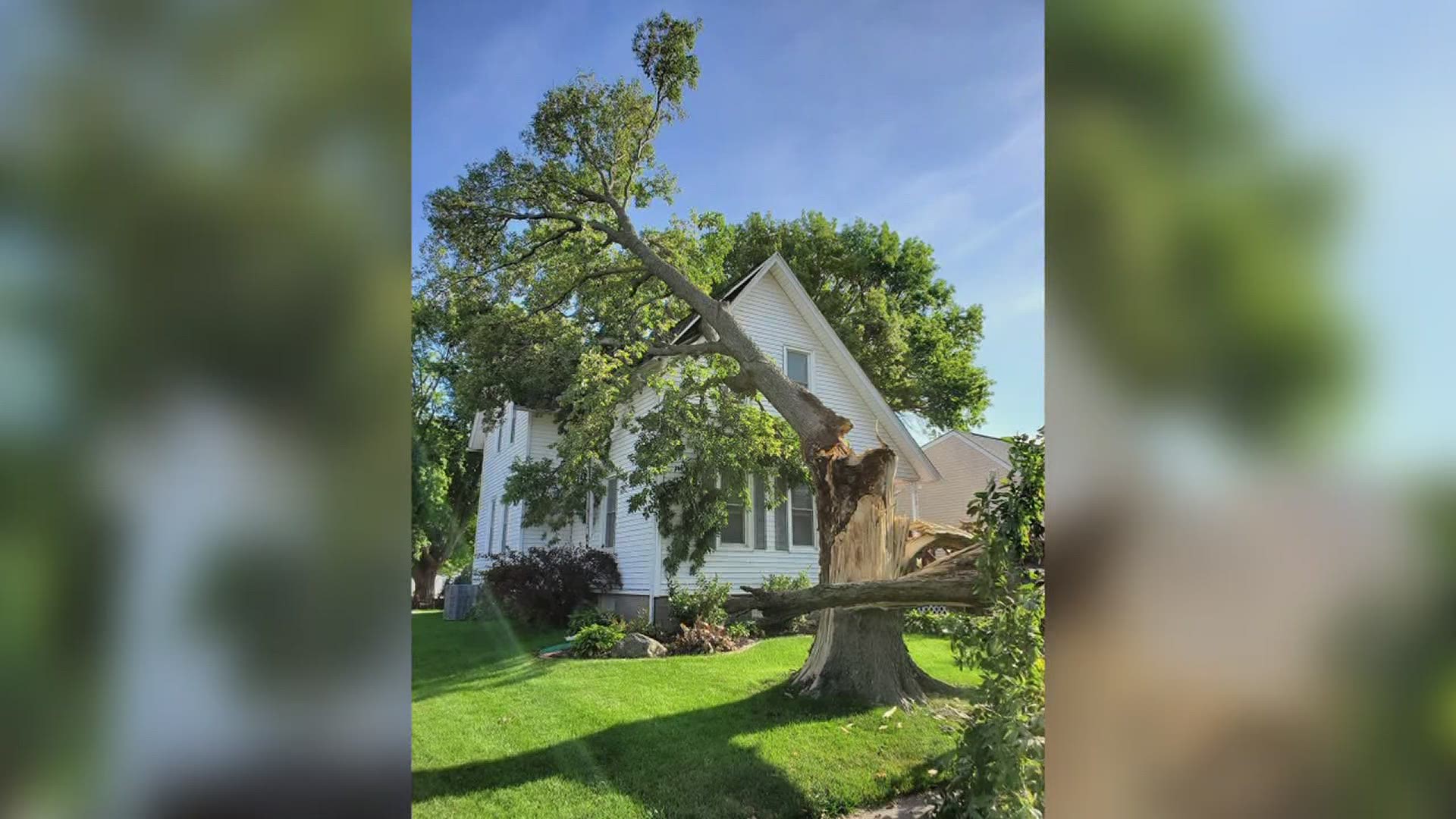 EAST MOLINE, Ill. — The end of May marks the midway point for severe weather season in the Midwest. When storms do roll through, what should you do if a tree is knocked down onto your house or property?

Most importantly, you should always check to make sure the downed limb or tree didn't take any electrical or telephone wires with it. Even if they're on the ground, it can be extremely dangerous to you and your family. If you do see wires, call your electrical company and 9-1-1 immediately.

Then, according to one Quad Cities business, you should call your city government.

Squirrels Tree Care in East Moline has spent years cleaning up and removing fallen trees and branches. But they say all too often, it's a job they see people attempting on their own, without proper training.

They say whenever you're dealing with tree removal, you need to make sure the company you're dealing with is licensed, bonded and insured. Without those things, any additional, accidental damage, injury or even death that occurs during the removal process could literally and metaphorically fall back onto the homeowner.

"One of the biggest problems that we have in our area is regulation," says Jon Steiniger, owner of Squirrels Tree Care. "There aren't any entities out there or organizations that come in and regulate the tree companies as far as making sure they know what they're doing."

Without that regulation, it's fairly easy for any company to market themselves as a tree extraction entity. But Steiniger says if anything goes wrong... even more problems could pop up.

"You could get very lucky and the tree could come down as planned and they could move on to the next job. Or the tree could get dropped on the house, a limb could go through the roof, a fence could get smashed, anything like that," he says. "And that homeowner isn't going to have any kind of avenue they can take other than small claims court or legal action that's going to end up costing them more in the long run."

It's not only something Squirrels has seen all over the region, but its caused issues they've had to go fix.

"I myself had to respond to an emergency situation where a gentleman was trapped under a limb that he tried to cut himself," said Steiniger.

He says he's seen multiple injuries over the years from people and companies removing trees without proper certifications. There's also been some deaths, including a decapitation that happened just six houses down from where Squirrels was working.

"Nobody wants somebody's life on their hands. If somebody gets hurt and/or killed on their property that's the devastating thing. So it needs to be prevented and the best way to prevent it is by looking out and making sure you take the right avenues."

So what are those right avenues? Steiniger says it begins with calling your city or municipal government and asking for the licensing department. They'll be able to give you a list of all the companies in the area that have up-to-date licensing, bonding and insurance.

He also suggests you ask the company themselves for a copy of their insurance. They should be able to fax or email it over to you without an issue, said Steiniger. Check to make sure it's current and look for a half a million dollar liability policy.

"Generally most tree companies and cities and municipalities require you carry that - that's very important. The other thing is they need to have a part in there for medical expense and injury."

He also joked that it's important to have patience when calling tree removal companies.

"Calling 16 times isn't gonna help because they have 14 other people doing the same thing," laughed Steiniger.

He explained that he's not giving all these tips to try and steer people towards his business. Instead, he wanted to help get the word out about safe and qualified tree work because he's seen it go so wrong for so many years.

"By all means if people call us, that's great. But we're one company - I could never do all the tree work in the Quad Cities. Never. The reason why I'm willing to speak on this is because there's nobody out there that's regulating this," said Steiniger.

Nice story of our disaster relief work in Newnan Georgia