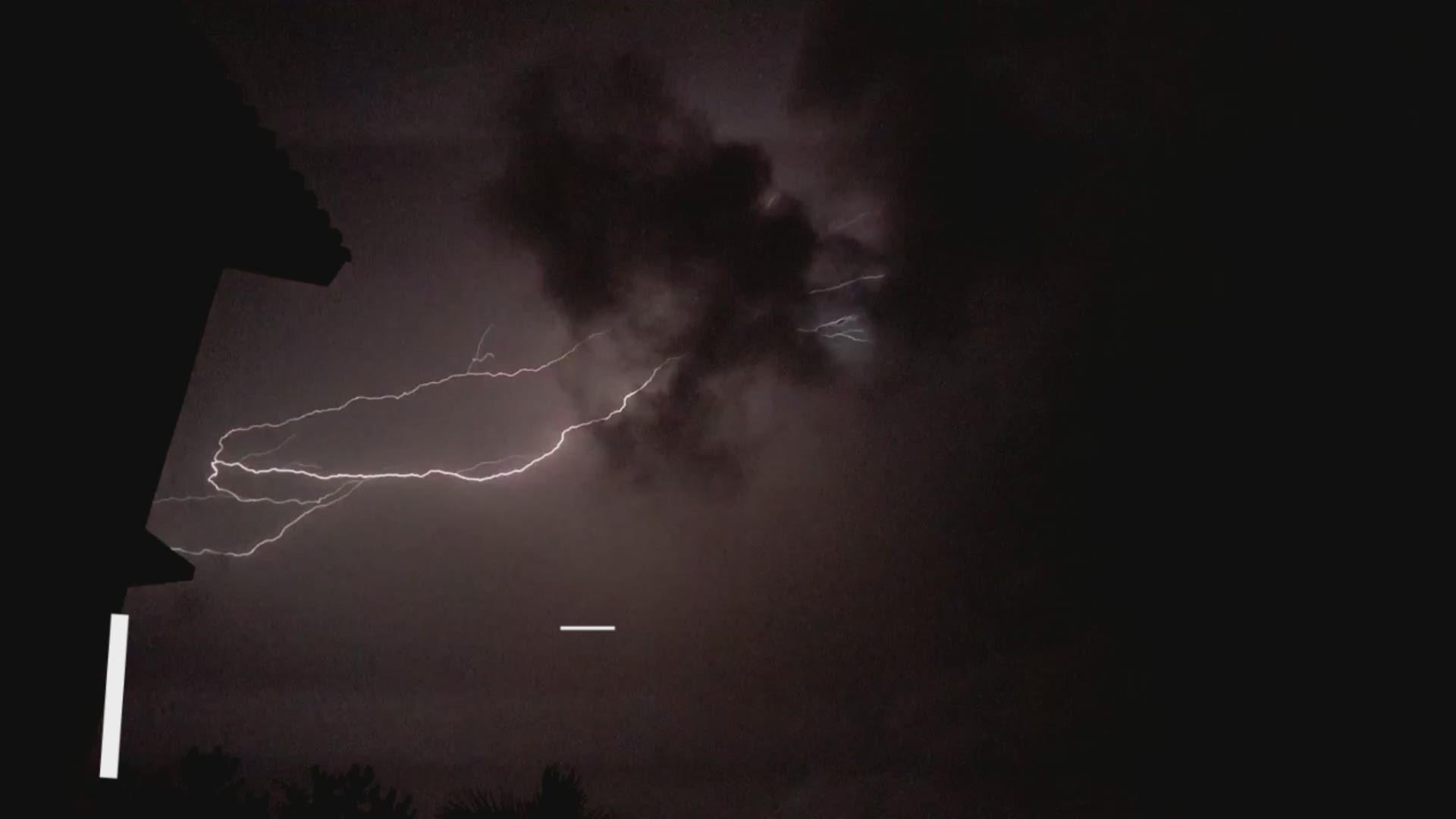 The World Meteorological Organization (WMO) gathered a panel of experts to certify the findings in a report released on June 26th. The team of scientists used new satellite technology to measure the intensity and duration.

The Committee on Weather and Climate Extremes, which holds the official records of global weather extremes, found that the greatest single lightning flash covered a horizontal distance of nearly 441 miles across parts of Southeran Brazil on October 31, 2018. This is equivalent to the distance of Grand Island, Nebraska and the Quad Cities, or Boston and Washington, DC.

In addition to the farthest traveling flash, the longest-lasting flash was verified across Northern Argentina on March 4, 2019. That lightning flash event lasted a record 16.73 seconds.

RELATED: What are the odds of dying from COVID-19 vs. lightning?

RELATED: What to say and do when children are scared of storms

The previous record for the longest detected distance for a single lightning flash was 199.5 miles on June 20, 2007, across the state of Oklahoma.

The previous record for the duration was 7.74 seconds on August 30, 2012, over Provence-Alpes-Cote d'Azur, France.