Dust from Africa headed towards U.S.

Dust trapped in the upper level of the atmosphere will head for the U.S. this week. Here's what to expect here in the Quad Cities. 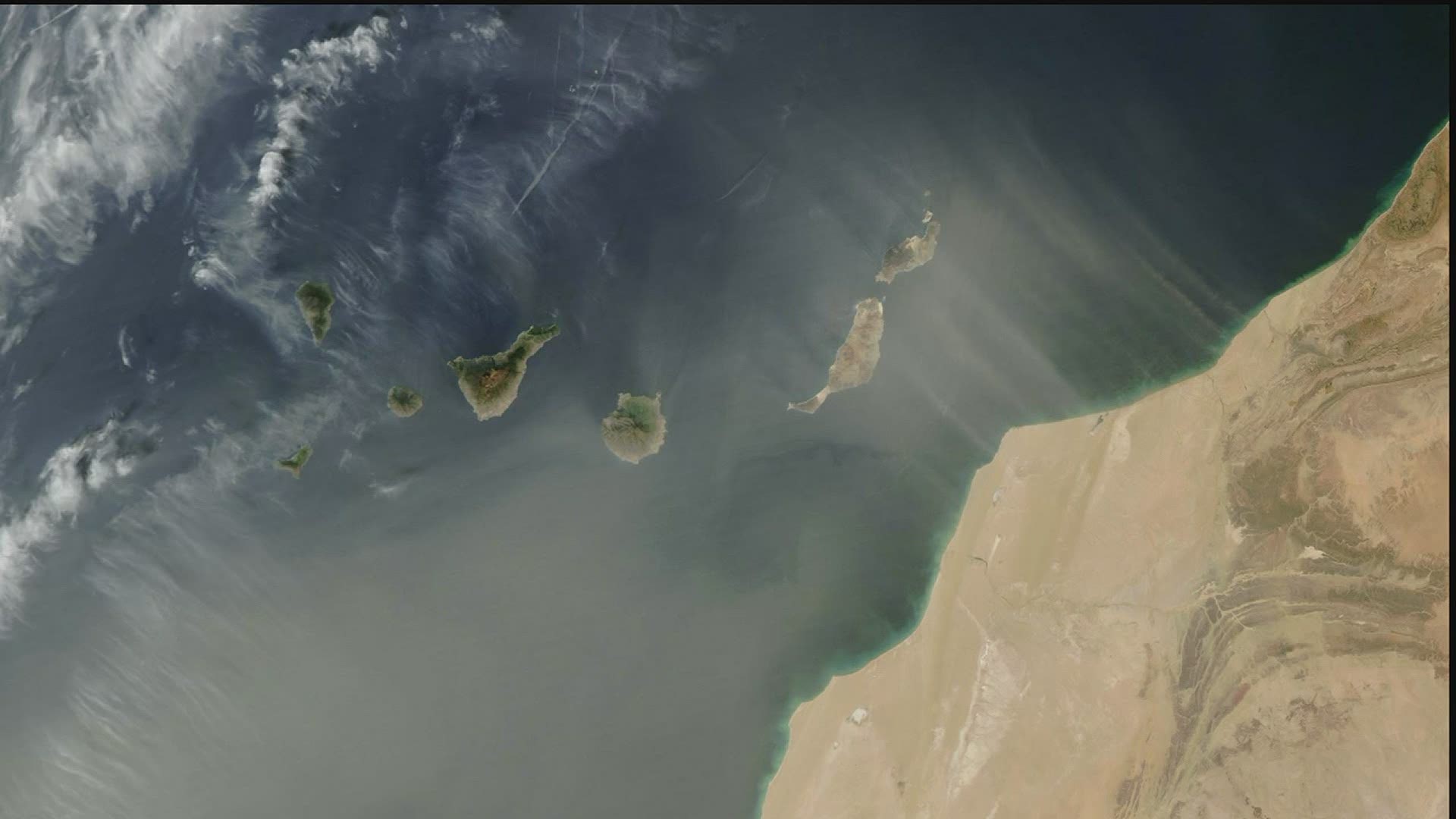 As if 2020 didn't bring enough excitement to the world with a Global Pandemic, now, we are watching an area of dust trapped in the upper levels of the atmosphere that is headed for the U.S. this week.

The dust originates from the Sahara Desert in Africa, where dry conditions and strong winds have whipped up sizable dust storms recently. This dust often becomes trapped in the upper levels of the atmosphere and can be transported thousands of miles away from its original location. While not uncommon for this time of year, the size of this dust plume is catching the attention of many scientists and social media users. Utilizing newer technology, we are better able to detect these larger dust plumes with greater detail than years past.

The dust can be seen by our advanced network of satellites that are capable of detecting such particles. The plume was also most recently observed by folks onboard the International Space Station.

As this dust plume follows the steering winds pointing towards the Gulf of Mexico this week, higher concentrations of dust will begin pouring into the south half of the U.S. by the upcoming weekend. Some forecast models even move the dust as far north as the Quad Cities by Sunday.

What impacts will we see from this? Look for more colorful sunrises and sunsets, along with a thin layer of dust on anything that is left outside. That includes vehicles, patio furniture, etc. The sky will likely have some sort of milky appearance at times and if the conditions are right, some of the dust may settle to the surface causing the horizon to appear hazy.

We'll be watching the dust plume later this week to see just how far north it can come. Get those cameras ready!