It's so cold, rare 'Pancake Ice' is forming

Often times found in the Arctic, pancake ice is now forming in parts of the Quad Cities due to an extended period of bitterly cold temperatures. 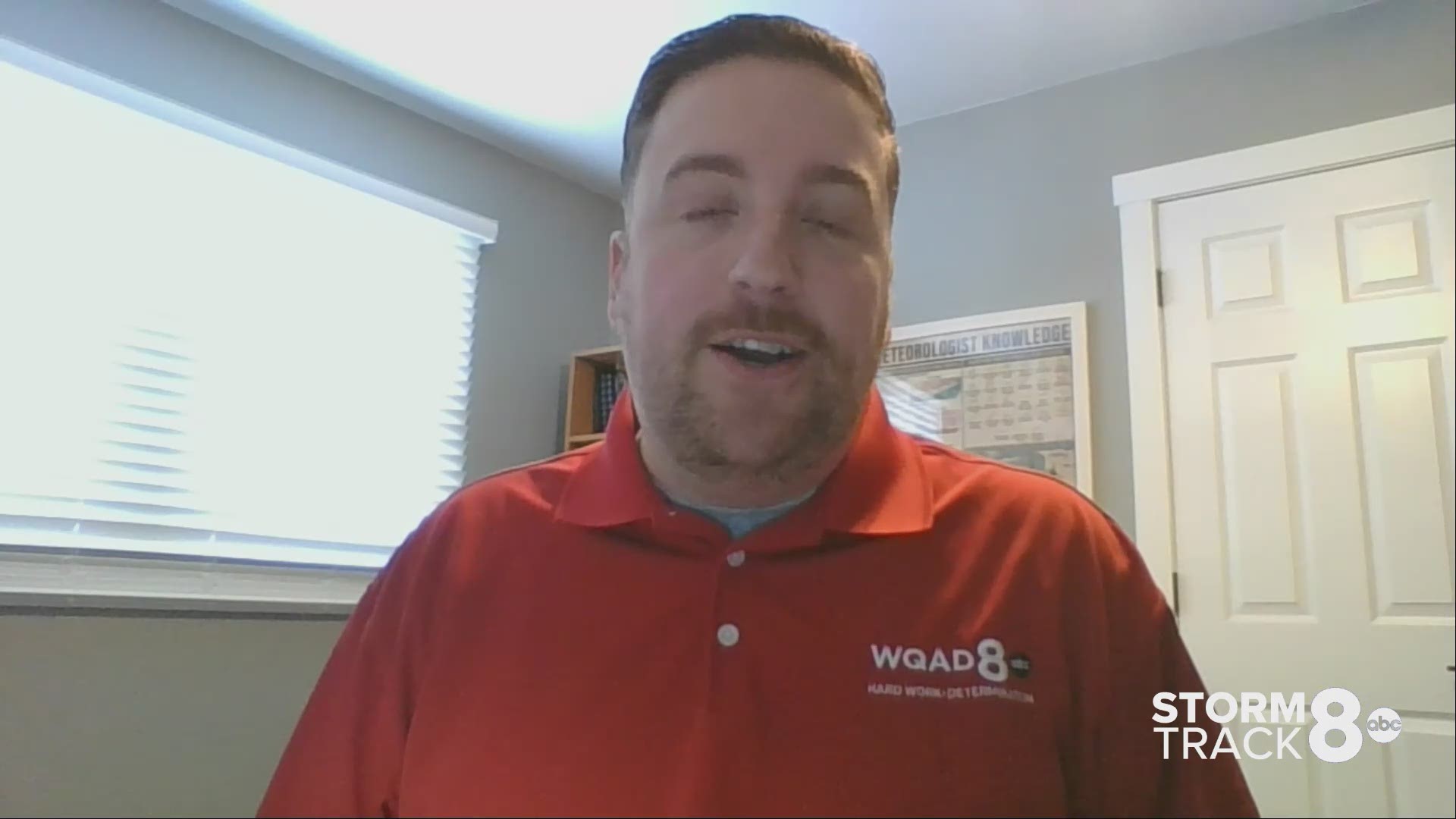 GENESEO, Ill. — When temperatures plummet below the zero-degree mark for several days on end, you'll begin to see some rare and unique things take place out in nature. One of those sights is taking shape in the Hennepin Canal just to the north of Geneseo, Illinois.

The phenomenon is called pancake ice, and it looks just like that. With several days of temperatures well below freezing, and in many instances, below the zero degree mark, bodies of water are starting to form these rare and unique looking shapes made up of ice.

So, what causes these ice pancakes to form and where can you find them? Look no further than a turbulent area of water, like a dam for instance. That's exactly where you'll find these disks, rotating constantly and running into other discs as well.

Credit: WQAD
Pancake ice forms at the base of a dam on the Hennepin Canal north of Geneseo, IL

The turbulence of the dam on the Hennepin Canal allows a patch of water to remain unfrozen. However, eventually smaller ice particles begin to stick together and rotate within the turbulence from the dam. Eventually, as the cold air sticks around, these plates grow in size as more water sticks to them while they spin. Some of the plates will even begin to take on a bowl-like shape because they frequently collide with each other, bending the sides inward.

You'll see similar formations of pancake ice or ice pans on Lake Michigan, especially during colder conditions. This is again due to the constantly moving ice particles that are flowing with the wave action of the lake.

Some interesting ice formation on the water just past the dam on the Hennepin. #physics pic.twitter.com/2FSsX2Z2XR

RELATED: The Wind Chill Factor: Why the wind makes you feel colder