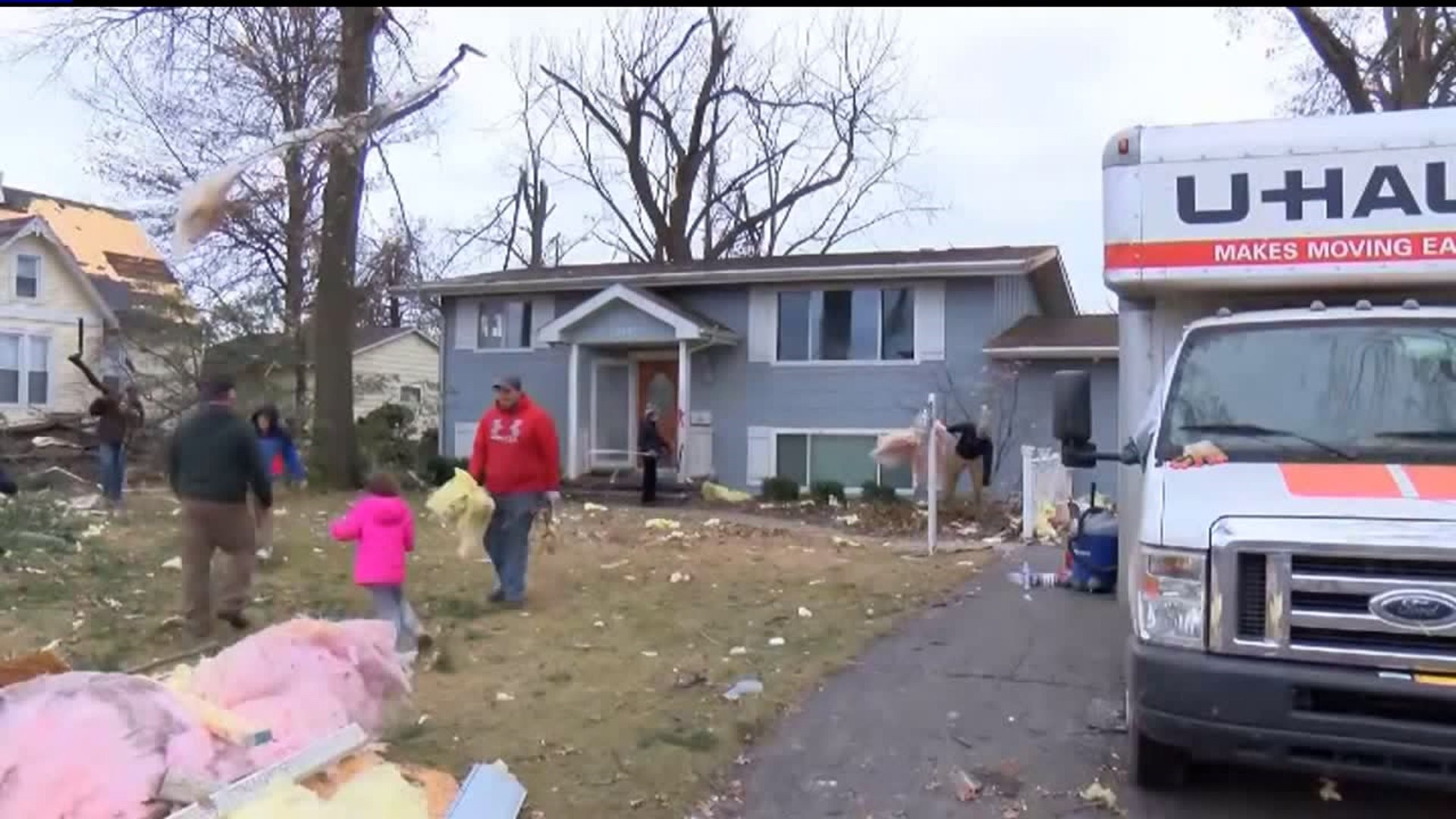 This set the record for December tornado outbreaks. The previous record came from a storm in 1957, when 21 tornadoes were confirmed.

One of the towns hardest hit was Taylorville, about 25 miles southeast of Springfield. Storm winds wrecked houses, downed power lines and pulled trees up by the roots.

"It's a miracle no one was killed in the tragedy of these tornadoes," said Gov. Bruce Rauner, who toured the area on Sunday.

Illinois has an average of 47 tornadoes a year, not including December, which doesn't have an average, said CNN Meteorologist Allison Chinchar, speaking of the rarity of Saturday's twister cluster. May is the peak month, with an average of 15 tornadoes.

"Almost everything set up for the perfect conditions" for the outbreak, Chinchar said, as a strong cold front pushed through.

More from the tornado in Butler! pic.twitter.com/4gYTjyePLj

A tornado mainly went through the countryside, she said. "I know of one house that had major damage," she added.

The National Weather Service sent out survey teams Sunday to analyze the damage, and said the exact number of tornadoes and the amount of damage wouldn't be determined until these are completed.

More than 2,000 people remained without power in Taylorville, according to Illinois electric and gas delivery company Ameren and CTI Fiber Network.

Gov. Bruce Rauner activated the State Emergency Operations Center in response to the storms. Several agencies report to the operations center, including the Illinois Emergency Management Agency, Department of Public Health and the American Red Cross.

-AP also contributed to this story.