The National Weather Service has been documenting the aftermath of the March 28th storms since they blew past the area. 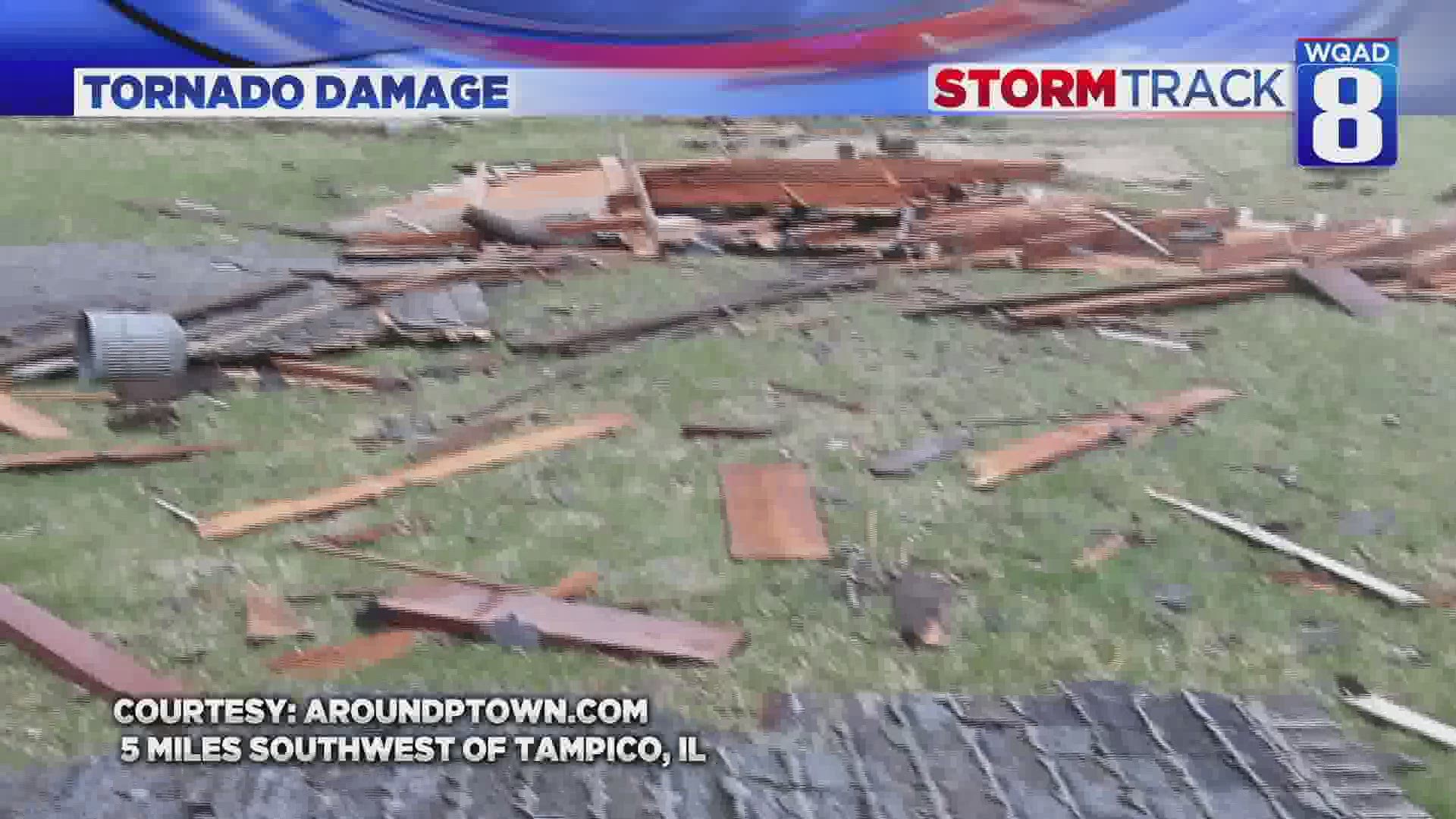 After tornado and severe thunderstorms blanketed the Quad City area in the evening of Saturday, March 28th, the National Weather Service has been documenting the weather events and any damage that may have occurred.

NWS has confirmed two tornadoes in the QC area. The first was an EF1 with winds of 86-109 MPH. The tornado moved northeast and uprooted trees at a farmstead in southern Whiteside county near Leon Corners, along with flipping a farm irrigator before lifting.

A tornado report out of Cambridge was relayed by local law enforcement Saturday night. NWS confirmed that there was a tornado near Cambridge at 7:43 Saturday evening, 3 miles East southeast of Andover. However, because there is no damage, they are unable to estimate the wind speed/intensity it had. This confirmation was based off the photos of the tornado itself.

Heavy rains blanketed multiple communities in the entire area. Hail was reported in many cities, primarily in the major Quad Cities.

Some areas around the Mississippi River have reported flash flooding.