A powerful storm will bring an end to summer-like warmth this week. Here are the impacts we can expect. 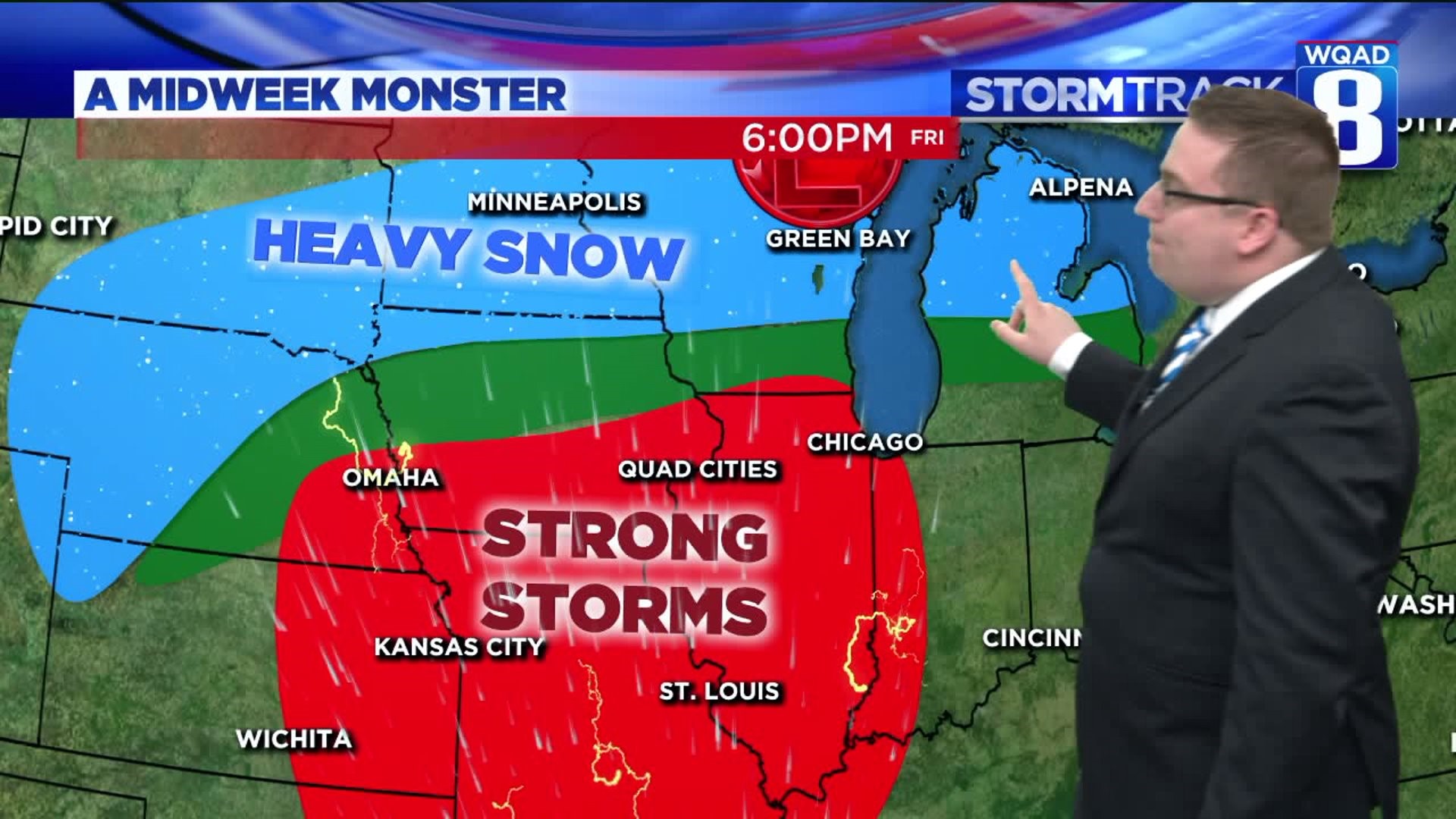 The summer preview we have been enjoying these last few days is about to come to an abrupt end by the middle of this week and that transition could be a strong one. Highs in the 70s Monday will be replaced by highs only in the 40s come Friday! That transition typically spells trouble for us this time of year.

An intense area of low pressure is expected to emerge in the Midwest around Wednesday, rapidly intensifying as it slowly moves northeastward. The Gulf Of Mexico will be wide open making copious amounts of moisture available to this particular storm as it strengthens. The current suggested track takes the low from northeast Kansas into Southern Wisconsin, which keeps our area in the warm sector. It will also make us more vulnerable to the threat for strong storms come Thursday afternoon and evening.

Meanwhile, further to the north heavy amounts of snow are likely with this system as colder air works down from the north. This will only act to renew the threat for more river flooding, especially once that snowpack melts again.

The threat for additional heavy rainfall will arrive by Wednesday as the leading edge of this system arrives. That threat will hang around through Friday morning before the system pulls off to the northeast. Preliminary rainfall projections show at least an inch for areas north of the Quad Cities, more bad news for the river flooding situation.

If the threat for heavy rain wasn't enough, there is also the threat for significant snow in parts of Minnesota and Wisconsin, both areas where the Mississippi and Rock Rivers run through. Should this region pick up a substantial amount of snow, you can expect further crests working down both rivers in the coming weeks as it begins to melt. These numbers are not concrete this far out, but it shows the potential for significant amounts of moisture to once again invade our rivers.  While not out of the question, some light snow accumulations can't be ruled out here either, especially as you head north of US 20 by Friday.

This entire system will wrap up three days this week, beginning Wednesday and lasting through Friday. Each day will bring with it different hazards ranging from heavy rain to severe thunderstorms and strong winds. The severe threat will become better clarified in the next 48 hours as the storm system continues making its way onshore and is better sampled. Regardless, we'll continue to track the system and its potential impacts in the days ahead.