We’re tracking these factors in the next couple of months that will likely mean more river flooding next spring. 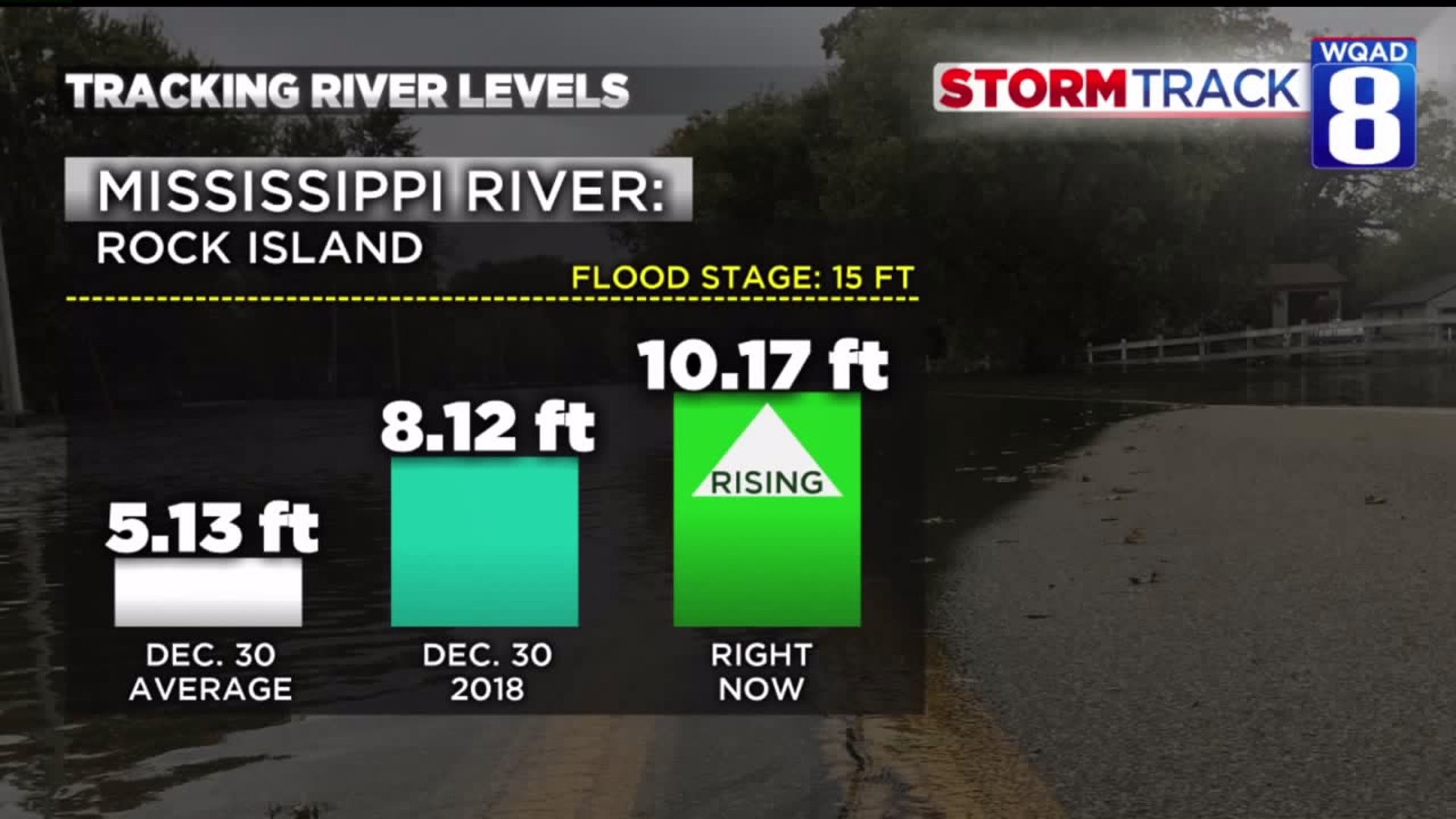 We're not even halfway through the winter season and already concerns are growing that we will see river flooding for the spring of 2020.

The National Weather Service is closely monitoring several ingredients that are coming together leading to an increased risk for flooding in the months ahead.

His bar and grill suffered extensive floodwater damage from the record flooding this year, sending nearly a foot of water into the main dining area.

"Putting in backstop valves, having a plan of action when we start to see the water coming up, making sure everybody is safe and that our equipment and everything in-house is taken care of," these are just some of the things Torres has already done in preparation for future flooding.

One of those ingredients is the current river levels which remain elevated for this time of year. On average for the end of December, the Mississippi River at Rock Island is around 5.13 feet.

This year, however, that level is nearly double the historic average and two feet above where it was last year.

High water levels during the winter spell trouble in many different ways. For one, ice jams are more frequent because more water surface is able to grab onto the land. These ice jams can also cause more property damage and last for longer periods of time.

The ground is fully saturated here and points north, meaning if a lot of snowfalls in these areas for the winter season, the water will not have anywhere to go but straight into the rivers and streams.

The amount of frost will also play a critical role in how much snowmelt and rain runoff.

If you live along the river or have interests near it, you'll want to stay with us as we track this flooding potential in the weeks and months ahead.