Videos and photos capture the damage from what may have been a tornado in Monroe, La. 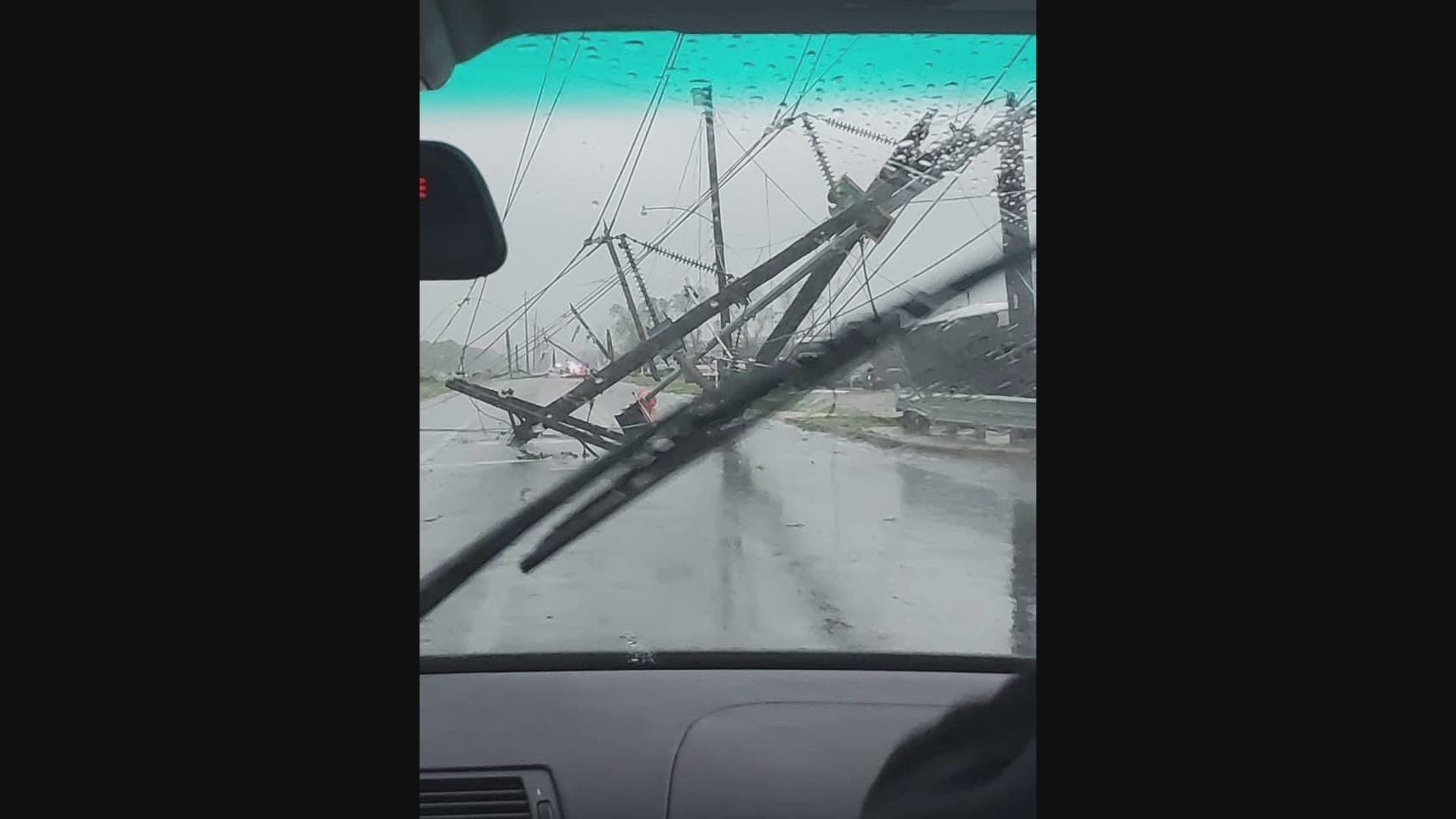 Several homes were damaged in the Sunflower Subdivision of Monroe, according to a report to the National Weather Service. Video posted to social media showed homes the damage.

USATODAY's Greg Hillburn reports that planes at the Monroe Airport took an estimated $25-30 million in damage.

Mayor Jamie Mayo said that “all flights at the Monroe Regional Airport are cancelled until further notice.” The City of Monroe reported downed power lines and damage in “multiple locations,” urging people to stay inside.