The snow is gone and the ground has thawed, but the threat for more flooding remains. Here’s the biggest thing to watch for in the next few weeks. 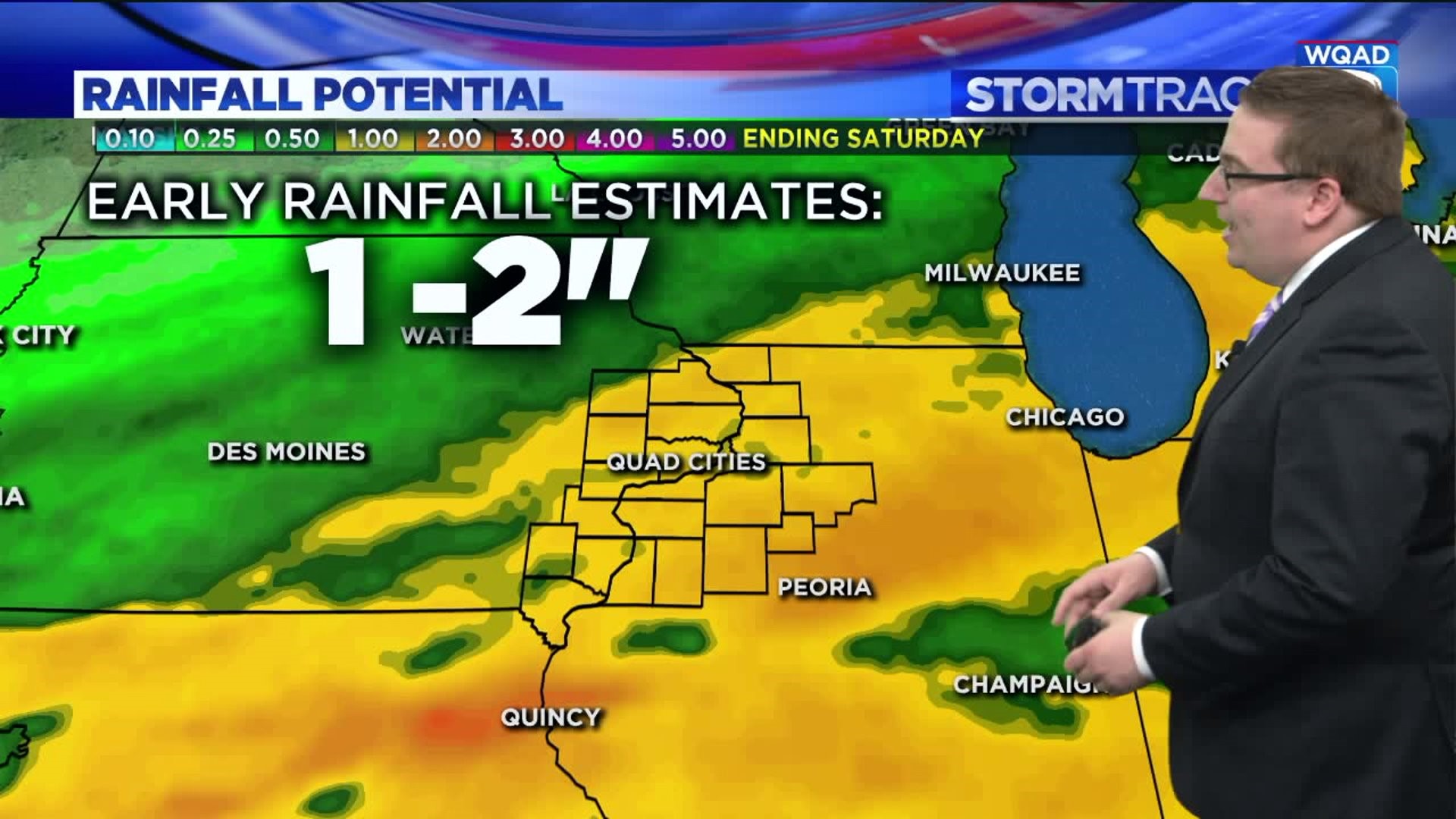 The National Weather Service now says river flooding will likely last into the month of May as snowmelt from the north works down through the Mississippi River. It's not all bad news, though.

In the last week, a significant chunk of the snowpack to our north has melted, especially in areas that impact our local rivers like the Rock, Wapsipinicon, Cedar, and Iowa rivers. These rivers will no longer be influenced by ice jams or by snowmelt. Instead, heavy rainfall will be the biggest threat to these rivers in the next several weeks.

The Mississippi River will be a different story though as a considerable amount of snow remains on the ground in parts of Minnesota and Wisconsin on the order of 3 to 5 inches of liquid water. The pace of the melting has slowed a bit in recent days due to the cooler temperatures, but that pace is expected to pick back up later this week as warmth resurges into the area.

The National Weather Service is predicting the highest crest to occur during the time period from April 8-18, though this may change depending on the rate of snowmelt to our north and any additional rains. Meanwhile, a slow fall will continue on the remaining local rivers, though any heavy rains will cause rapid rises once again and that is something to watch as we get into the Thursday/Friday timeframe.

The largest factor when it comes to flooding in the next several weeks will be how much rain we receive. The ground has thawed out thanks to the warmer temperatures lately, but it remains fully saturated with water thanks to the snow and fall rains. Any rainfall we receive will runoff quickly into streams and creeks before heading directly into the river. If we continue to receive rounds of heavy rainfall, the ground won't have much of a chance to further absorb the water that is already in it and our flood risk will continue to remain high. It is expected that river flooding will now continue through at least May.