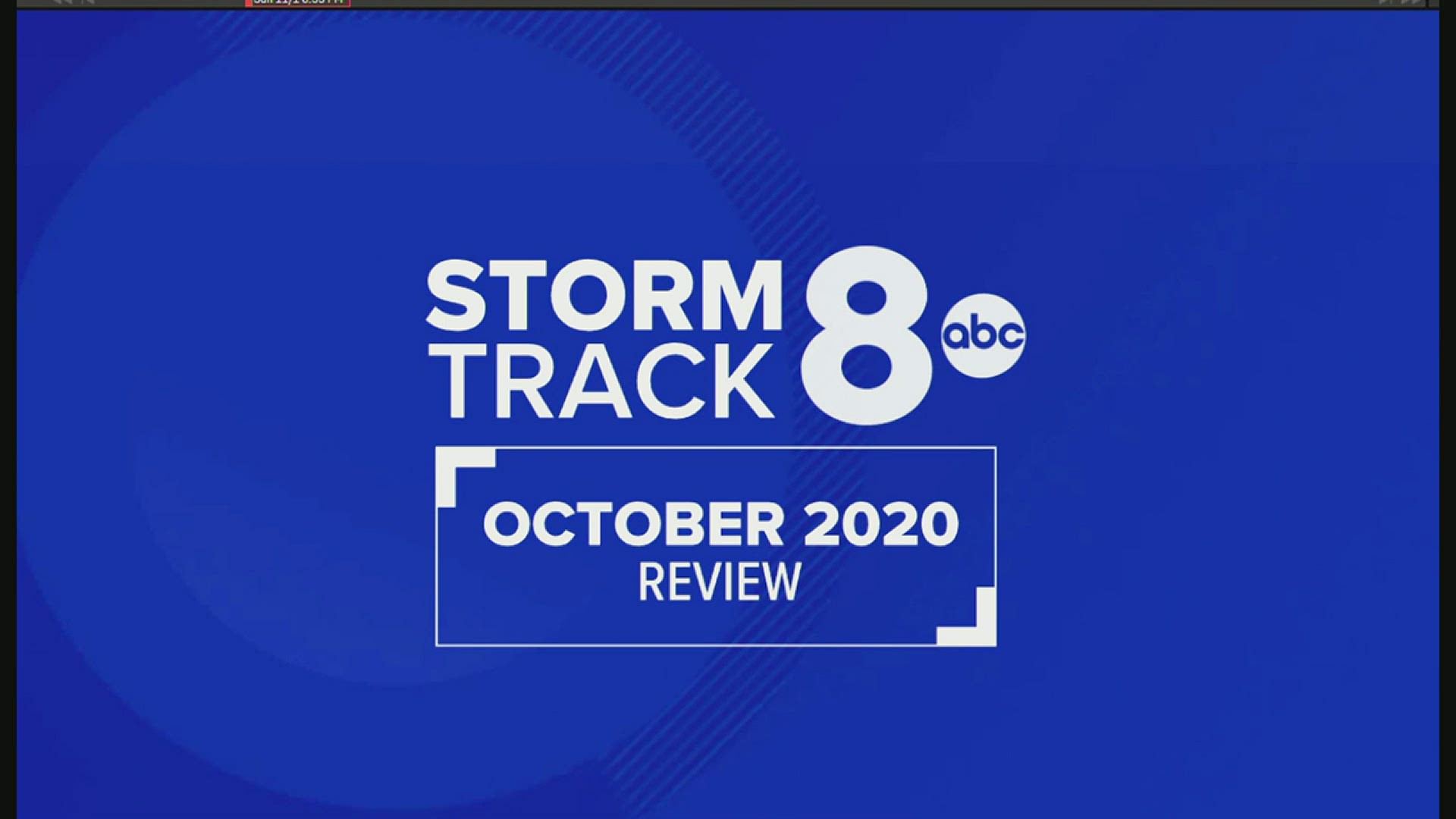 October was definitely a chilly month here in the Quad Cities thanks to clouds and even our first snowfall. Now, as we look ahead to the month of November, it appears a warmer trend will be emerging in the days ahead.

A quick review of October shows that the average temperature was 3.2 degrees cooler compared to normal. This really comes as no surprise. We spent several days at a time stuck in thick cloud cover as systems moved through or bypassed us to the north and south. A couple of them managed to lay down the first accumulating snow of the year, making the October snowfall total 0.7" measured here in the Quad Cities.

Rainfall was below average, following the monthly trend that we have seen throughout this year so far, where one month is above-normal followed by the next being below-normal. We were short last month by just one inch which isn't too bad. We still have held back drought conditions compared to August, which were wiped away in September thanks to heavy rain.

Looking ahead through the month of November, we are in for a treat as a really warm stretch of weather takes hold for the first ten days or so. Near-term warmth is fairly certain because we have good agreement among on the various computer models we look at. A several day stretch of 60s and 70s is likely through at least November 10.

After that timeframe, colder temperatures will begin to work back in, though it doesn't appear that type of pattern will stick around long. Overall, the pattern appears to remain progressive which will limit the length of the colder temperature patterns this month. That's why we expect temperatures to trend above-normal for the month as a whole.

Precipitation-wise, if we follow the month-to-month pattern we've seen so far this year, one would expect above-normal precipitation. Right now, it appears we stand a chance at seeing near-normal precipitation. I wouldn't be surprised, though, if we did end up on the wetter side of the spectrum, especially if we don't see much tropical activity in the Gulf of Mexico or Atlantic this month.

A La Niña advisory continues as ocean waters in the equatorial Pacific continue to cool. This usually signals a more cold and wet winter for us here in the Midwest. What happens this month will absolutely have a major role in what we can expect for December and January. We'll continue to track it!