Even with pandemic, near-record global warming seen in first half of 2020

World's lockdown in April was only a drop in the bucket. 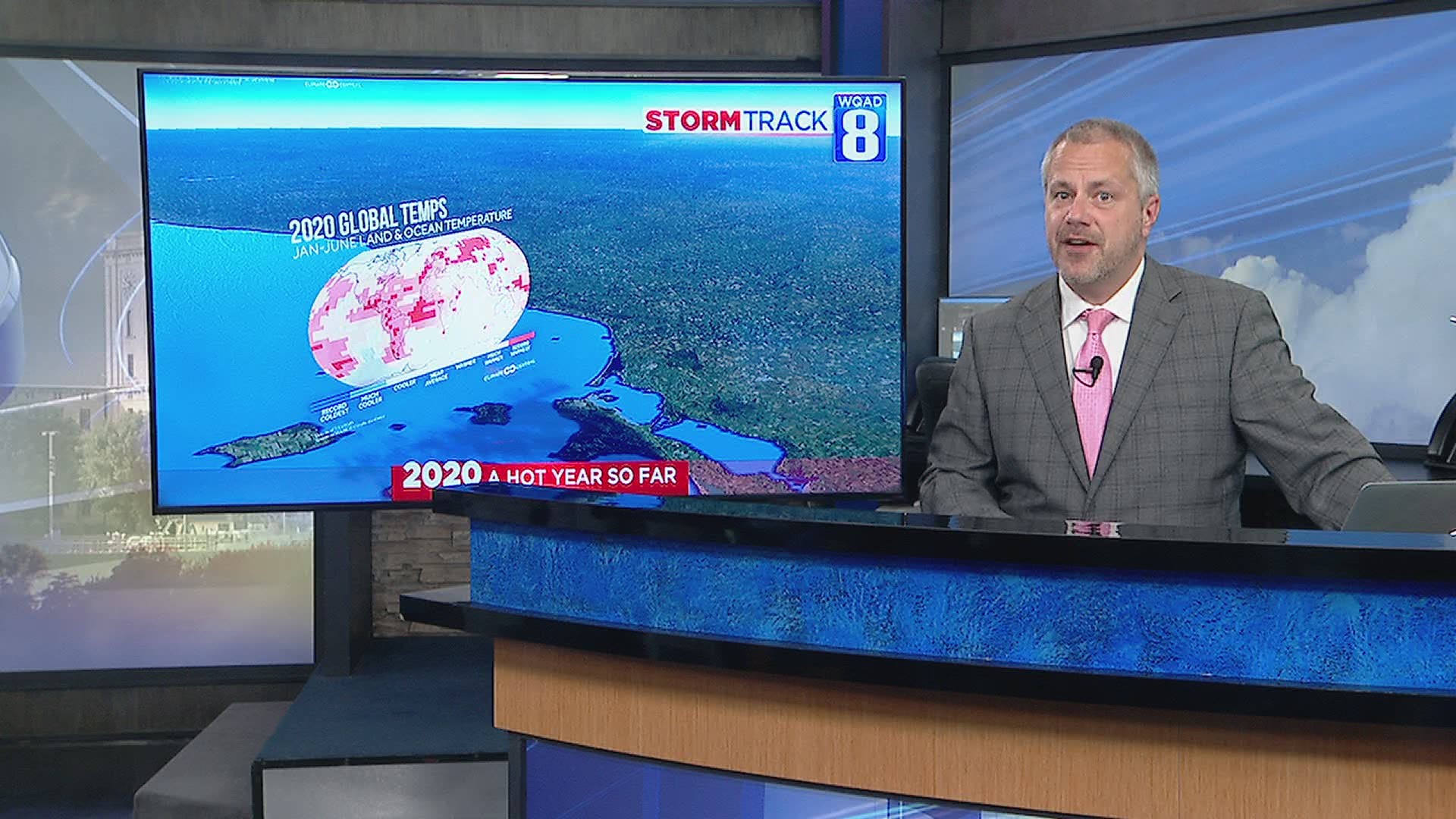 Even with a global pandemic, the atmosphere continues to heat up. NOAA and NASA released data on world temperatures for the first half of 2020 and so far it's been the second hottest year so far on record.

Credit: Most land and water surfaces on Earth warmed considerably through the end of June 2020. Source: Climate Central

Some of the takeaways?

This year is almost certain to finish in the top-five hottest years on record. The most recent seven years make up the hottest in 140 years of record.

Statisticians point to a 36% chance that 2020 ends up being hotter than 2016. It's thought that 2016 was so hot due to a El Niño pattern. This year, no discernible pattern exists.

1st half of 2020 is second-hottest on record for our fragile planet. Aside from 2 months of modest cooling, the Quad Cities has followed suit.

Lesson: Even with a pandemic, we aren't doing enough to offset the harm we're doing #ClimateChange @ClimateCentral @WQAD #WeTrackStorms pic.twitter.com/cpYJ1BvVVc

June was the 426th consecutive month with temperatures above the 20th century average. On the 20th of June, the Siberian town of Verkhoyansk reached 100.4℉. A fever in the Arctic is troublesome as wildfires have increased the melting of permafrost, which releases even more greenhouse gases into the atmosphere. The Arctic is warming more than twice as fast as the rest of the world.

Credit: 2020 is running just behind the record year of 2016. Source: Climate Central

Back at home in the Quad Cities, it's also been a very warm year. January saw an average temperature 5.5 degrees above the norm. You may have forgotten it was 58 degrees on January 9th...hardly close to the seasonal norms in the lower 30s. Only two months this year have seen below-normal temperatures: April and May. But the teeter-totter really didn't swing down very much. Those months were only 1.6 and 1.9 degrees cooler than normal respectively.

And here we are in the Summer months, running more than 2 degrees warmer than normal.

Warming will continue as long as humans continue to produce immense amounts of greenhouse gases. While emissions declined this Spring during global shutdowns, they are quickly returning to normal in much of the world. From renewable energy to smarter agriculture, it will take major changes to bend the rising curves of CO2 and global temperatures.

WQAD is a media partner of Climate Central, an independent organization of leading scientists and journalists researching and reporting the facts about our changing climate and its impact on the public.