'This, too, shall pass': A look inside surviving the Dallas tornado

Dallas resident Randy Bennett lost his house to the EF-3 tornado that tore through the city Sunday night. 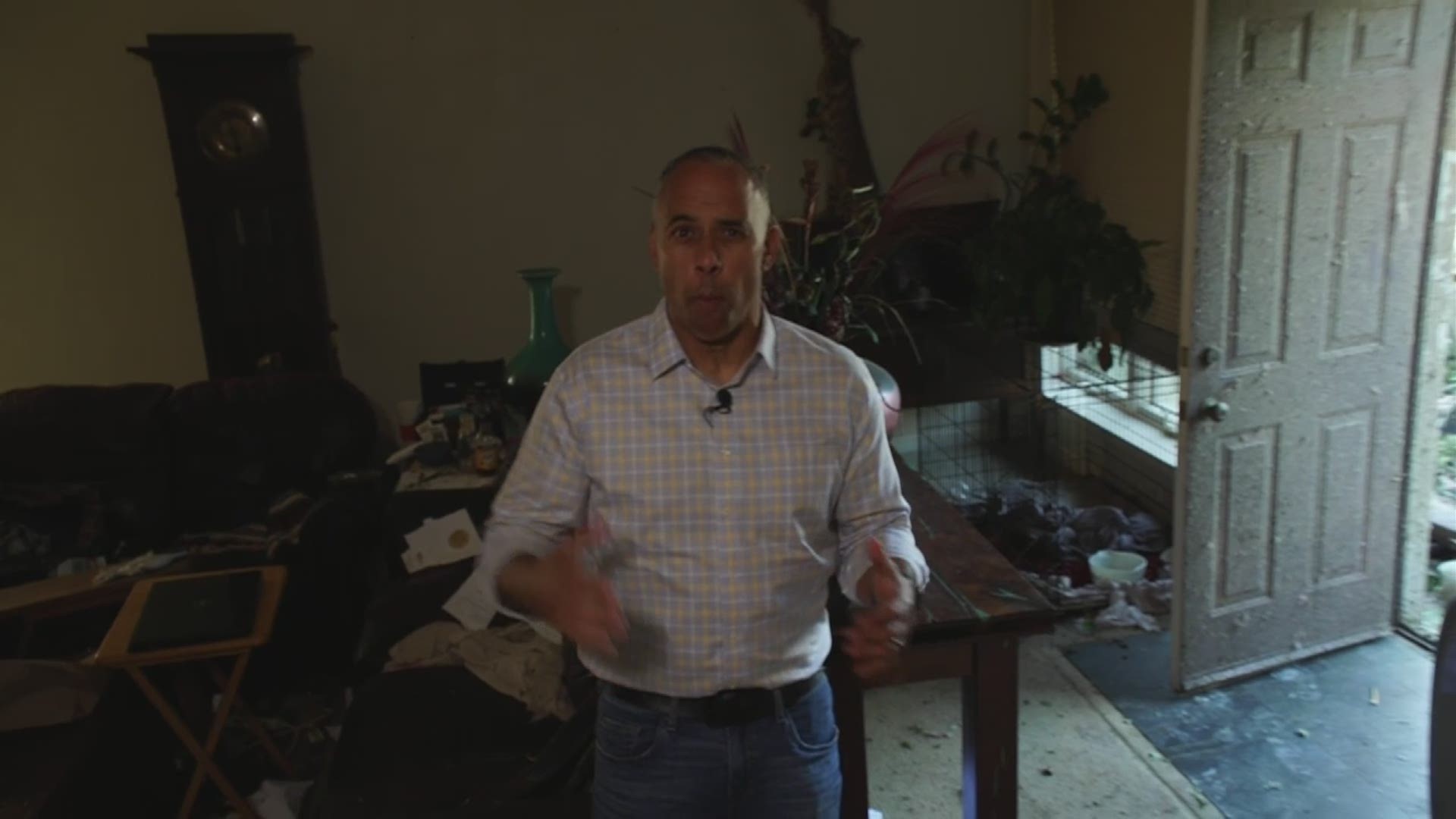 He opens his door and looks outside. He thinks it's hail hitting his house.

It's branches, pieces of wood and debris battering the side of his house.

He's scared and looking around, panicked, trying to find a place to hide. He crawls under a desk built into the wall with a granite top.

Randy stays crouched there in the fetal position and holds on for dear life.

Everything in the room is swirling around him, and then the door slams shut and Randy waits for the calm after the storm.

He's one of many across Dallas County and other parts of North Texas who survived the tornado. Dallas city officials say there have been no fatalities in the storm that brought winds as fast as 140 mph.

RELATED: Dallas tornado classified an EF-3, had winds up to 140 mph

The tornado blew out Randy's front window and debris fell through the ceiling.

Randy couldn't find his dog, Shooter, during the storm but found him after.

He looks at his house Monday, reliving what happened Sunday night.

"This can be replaced," he said.

I think those are words a lot of people need to hear right now.