Tornado warnings were issued for parts of the Quad Cities on Sunday evening as a landspout touched down. Here’s why landspouts are less violent than torna... 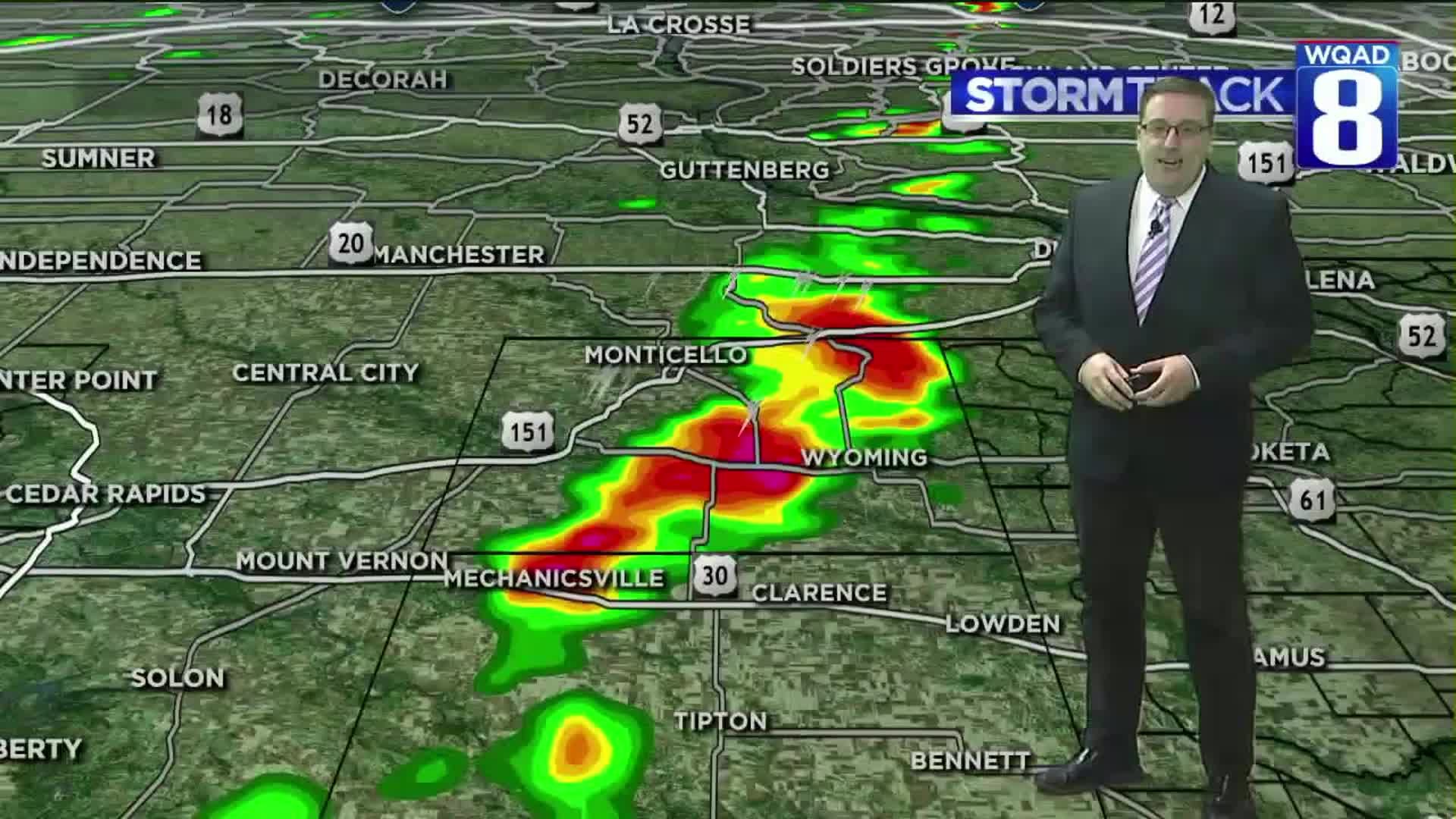 Tornado warnings issued for parts of the Quad Cities on Sunday evening caught many folks off guard as non-severe thunderstorms rolled into parts of Jones and Cedar Counties.

These storms developed late Sunday afternoon and early Sunday evening ahead of a cold front working east through the region. At the time some instability was present, but a lot of other dynamics necessary for severe weather were simply lacking. Nonetheless, these storms were able to take advantage of some vertical spin provided at the surface near the boundary to produce a couple of landspout tornadoes near Central City, just west of Monticello.

Three reports of landspout tornadoes were seen, both occurring right around 4 o'clock in the evening. The first landspout was observed in Masonville, IA in Deleware County. Winds were estimated to be around 50 MPH with a total path length of 7.3 miles and a width of 10 yeards.

The second report was registered at Central City, IA in Linn County. Winds here were also estimated to be around 50 MPH with a total path length of 6.4 miles and a width of 10 yeards. No damage has been reported from either of these tornadoes at the present time and because of this, the National Weather Service will not be sending a team out to conduct surveys. A third report was also logged near Anamosa.

Even though a landspout is considered to be a tornado, there are some big differences when it comes to how they develop and what threats they pose versus a tornado that develops from a supercell thunderstorm. For one, with a landspout, the location of the initial rotation that gets the whole process underway is located near the surface as opposed to up inside the storm. A boundary nearby also helps get things started and it this case we had a cold front moving through along with some rain-cooled air from the storm itself creating an outflow boundary, or another mini cold front.  The combination of these factors led to the development of landspouts that contained sub-severe wind speeds but sure looked intimidating.

Houston Bailey caught this landspout near Central City, Iowa Sunday evening. Notice the speed of the rotation, much slower and far less violent than that of an actual tornado. Most often times these landspouts are also not fully connected to any cloud base.

When you compare the features of landspouts and tornadoes, some key differences come to light. Landspouts produce little if any damage in their paths and are only on the ground for brief periods of time. They also rank very low on the Enhanced Fujita Scale with winds of 50 MPH or less. Tornadoes are much more violent and are absolutely life-threatening as they can remain on the ground for several minutes with winds as high as 200 MPH.

So, if we had a landspout on Sunday, why the tornado warnings? It's a tough call. Everyone has a different view, including trained spotters, of weather phenomenon that occur in our area. Some may only be able to see parts of the storm, while others have a clear view of the entire thing. Looking at the video, it certainly grabs your attention right away that something isn't right as a swirl of dirt is racing towards you.  There is also no such thing as a "landspout" warning. Landspouts themselves are considered to be within the class of tornadoes.  Strange things can happen even with the smallest amount of ingredients present and given the fact that the National Weather Service had confirmation of something working on the ground, that is likely what prompted the tornado warnings to be issued.

It is that ground turth that remains so important and its a role that spotters fill quite well. With Doppler radar, we a limited to how much data and detail we can see in the lower levels of the atmosphere, especially when the storms are a good distance away from the radar itself. With these landspouts, since the rotation is more closely connected to the ground, it becomes even harder to see these fine details. Compare that with a supercell thunderstorm where rotation usually extends a good distance up within the storm itself, making the details far more visible.