Despite above-normal rainfall this spring, we could actually use some rain right now. Here’s how much water we’ll lose this month. 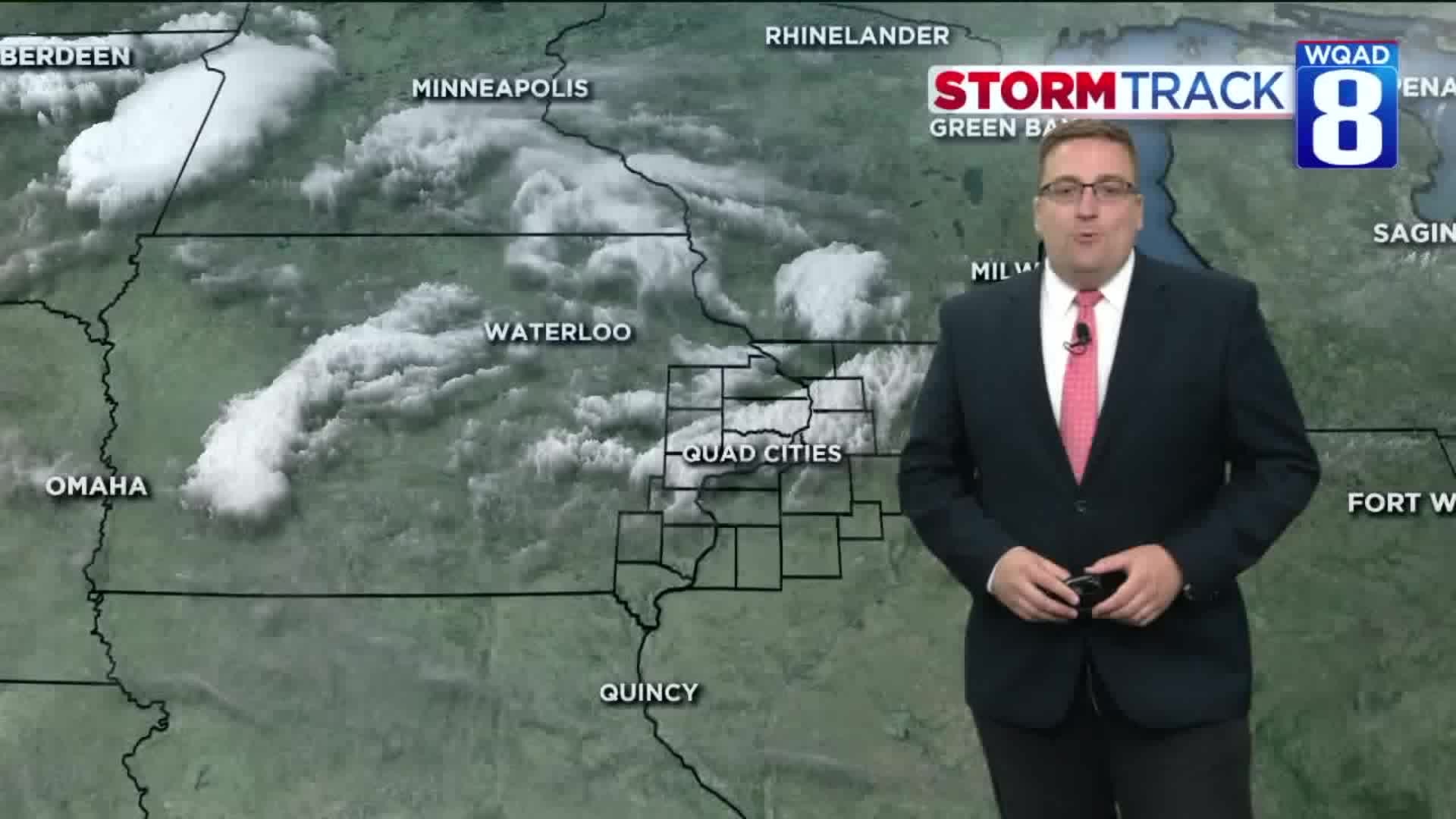 Heat and humidity are once again being felt across the Quad Cities this weekend. The strong July sunshine does more than power warmer temperatures though, it also evaporates a significant amount of moisture!

Rainfall has been fairly localized across the region in the last few weeks which has left some of us high and dry, actually needing a good rain shower for once! You may have noticed that some of your plants have looked a little less than beautiful as they continue to bake in the hot summer sun. Watering in the evening or at night will become an important routine in the next week as temperatures soar even higher. Any chance for widespread rainfall looks to hold off until Thursday and Friday. Before then, remnants from Hurricane Barry will work northward providing an isolated shower/storm chance on Tuesday.

We've done remarkably well with moisture since the beginning of the year logging nearly consecutive months of above-normal rainfall.  That streak has ended again as we currently sit with a nearly one-inch rainfall deficit for the month of July. You may be thinking to yourself the last thing we need is rain right now with all the flooding we just went through, however, we often forget how much water the sun actually evaporates this time of year. It doesn't take long for us to go from a surplus of rainfall to a significant deficit this time of year.

Evaporation is the process in which the sun's energy is used to move water from the surface of the soil to the atmosphere. The top of the soil begins to dry out during this process and that can actually lead to some problems, especially when it comes to your landscaping and gardens. The peak evaporation rates, which are occurring now, can remove as much as a quarter of an inch of water out of the soil each day in both June and July.  When you add up that amount over a months time, that's a staggering six and a half inches of water! For the month of July, the Quad Cities sees an average of four and a half inches of rainfall. It is because of this evaporation that rainfall becomes even more important during the summer months. When you go several days with no observed precipitation, things begin to dry out in a hurry!

So, if it's been a while since your hometown has seen the raindrops, make sure and startup that watering routine to keep your plants and gardens in tip-top shape! Hopefully, Mother Nature will provide a little watering for you later in the week.