If you’re wondering where global warming went, look at this map

Yes it’s cold outside, yes global warming is still happening. Here’s a map you may need if you’re at the Thanksgiving table with family member... 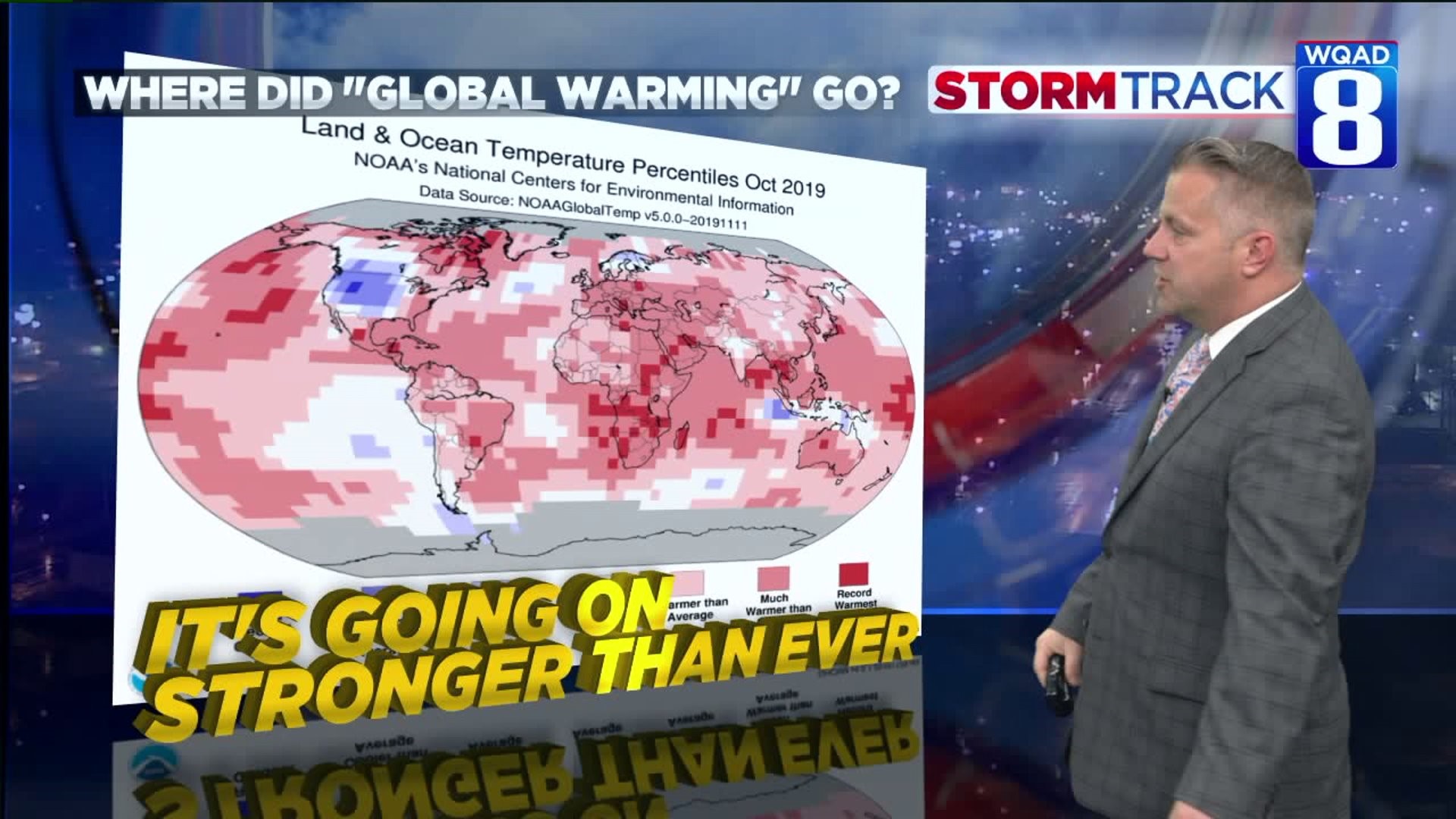 It's a map you may need if you're at the Thanksgiving table with family members who argue that global warming is a hoax.

It is almost certain that when the year is done, the 5 hottest years globally will be the last five years.

While carbon dioxide is only one of the contributors to a warming climate, it shows no signs of slowing down.

Tonight, there will be a special presentation of the documentary "Paris to Pittsburgh" at the Figge Art Museum in downtown Davenport. The film is about how Americans are working to prevent climate change.

The show begins at 6:00 p.m. I am honored to be taking part in a panel discussion following the film.