Our rainfall deficit continues to grow as soaking rains move to the south. Here’s how long the heat and humidity will stay away. 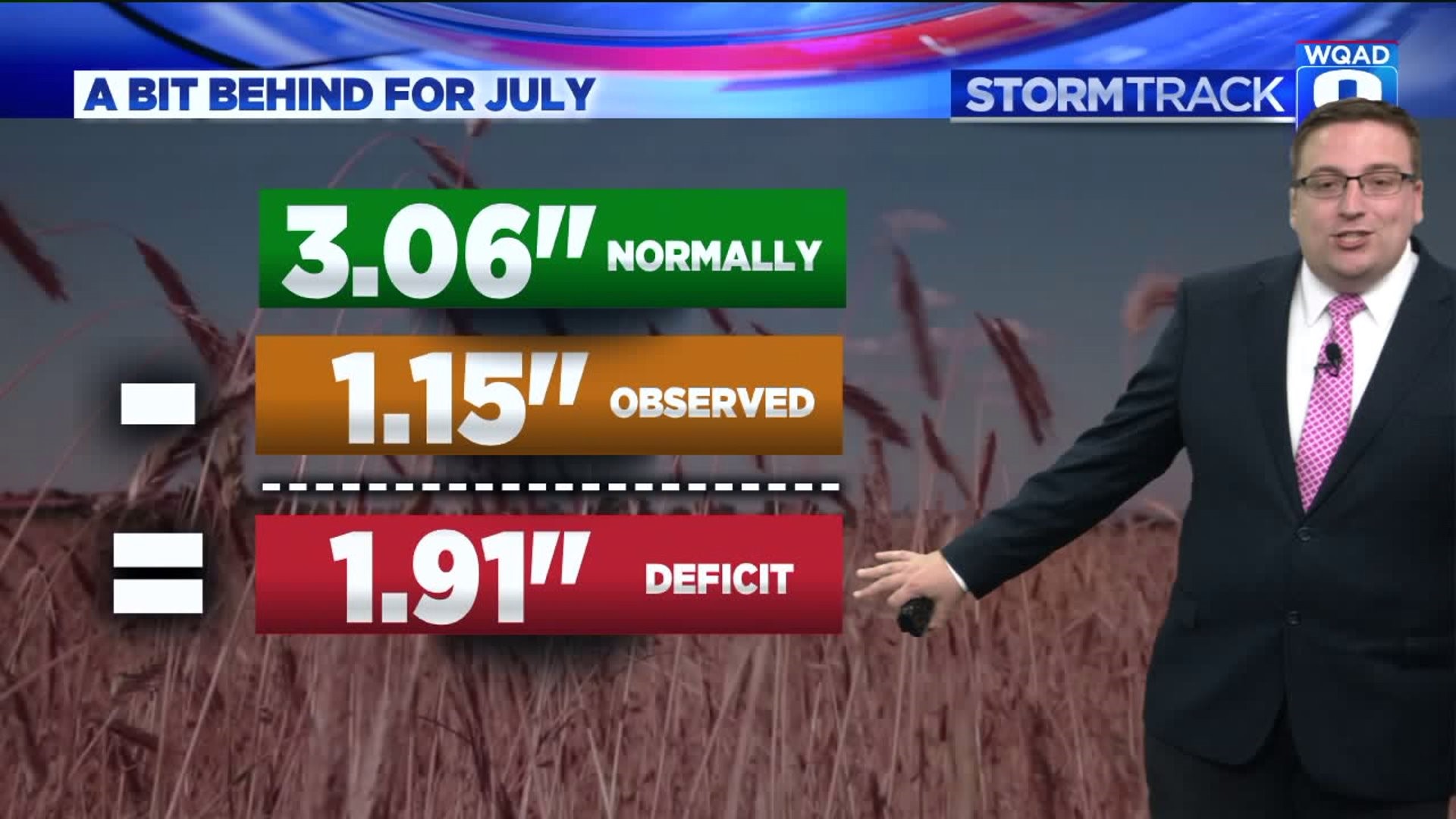 Widespread rainfall has certainly been lacking for many of us lately, and sadly that remained the case as we finished out the weekend. A cluster of strong storms took off across portions of south-central Iowa racing away from the area. It also robbed a lot of the energy and moisture needed for storm development a little closer to home.

The Doppler radar estimated rainfall totals tell the story quite well. Two different complexes of thunderstorms that produced an inch or more of rainfall. Each complex just so happened to miss the immediate Quad Cities by 75 to 100 miles or so.

It may seem strange to say that we need some rain, especially after all of the flooding that we experienced this past spring. It is so true though. Remember when we talked about how strong the sunshine is this time of year? How it can evaporate an insane amount of water each day?

With rains being sporadic in nature this time of year when some hometowns will get a lot while others get next to nothing, this is becoming the case right here in the Quad Cities. We've been working with a growing rainfall deficit since the beginning of the month and as rains remain scattered, that deficit continues to grow. We're now quickly approaching the two-inch mark with just a little more than a week left in the month.

The outlook for any additional widespread rainfall this week looks fairly slim. The active storm track will be to the south of us, as the Gulf of Mexico is cut off from areas this far north.  Whatever small system that can manage to work its way into the region won't have much if any moisture to work with. As of right now, I don't see any significant chances for rain until we reach the end of next weekend and into the following week. That's when temperatures will soar back up to around 90 degrees and we'll see more humidity/moisture.

Until then, keep that watering routine going! You'll want to water while the sun is down. That ensures your plants can efficiently absorb that water with minimal loss to evaporation.