Dense fog and temperatures below the freezing mark create widespread rime ice, which coats everything from trees to powerlines. 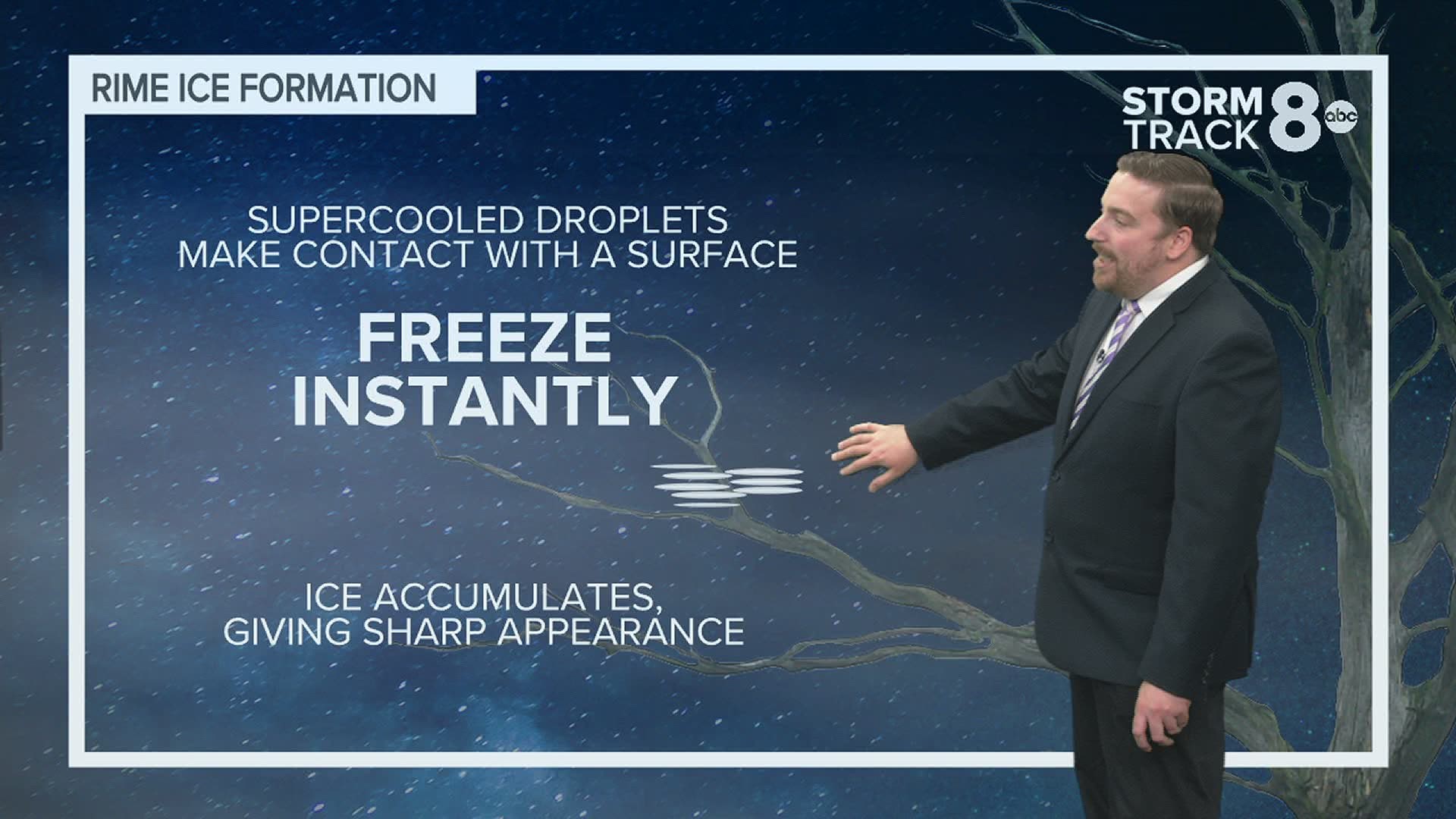 Coating trees, powerlines, and even fences, hoar frost creates a spectacular winter scene admired by many. So, what exactly is rime ice and how does it form?

The water vapor that becomes condensed is held in a state that keeps it in liquid form. These supercooled water droplets remain liquid while suspended in the air until they come into a contact with a solid object that is below freezing. Once they make contact with trees, power lines, etc. the water droplet instantly freezes and crystalizes, becoming a solid while attaching itself to the surface of that object. While roads are not usually impacted by this phenomenon, unless freezing drizzle is also present, most objects located above-ground will be coated in a prickly layer of rime ice.

The ice doesn't tend to stick around long, especially if sunshine is present during the day. It will usually melt within a matter of a few hours after sunrise. It certainly creates quite the view, though!

RELATED: Frost without a freeze: How it works