The threat for additional heavy rain is quickly coming to an end. Here’s when a much quieter pattern will finally take hold. 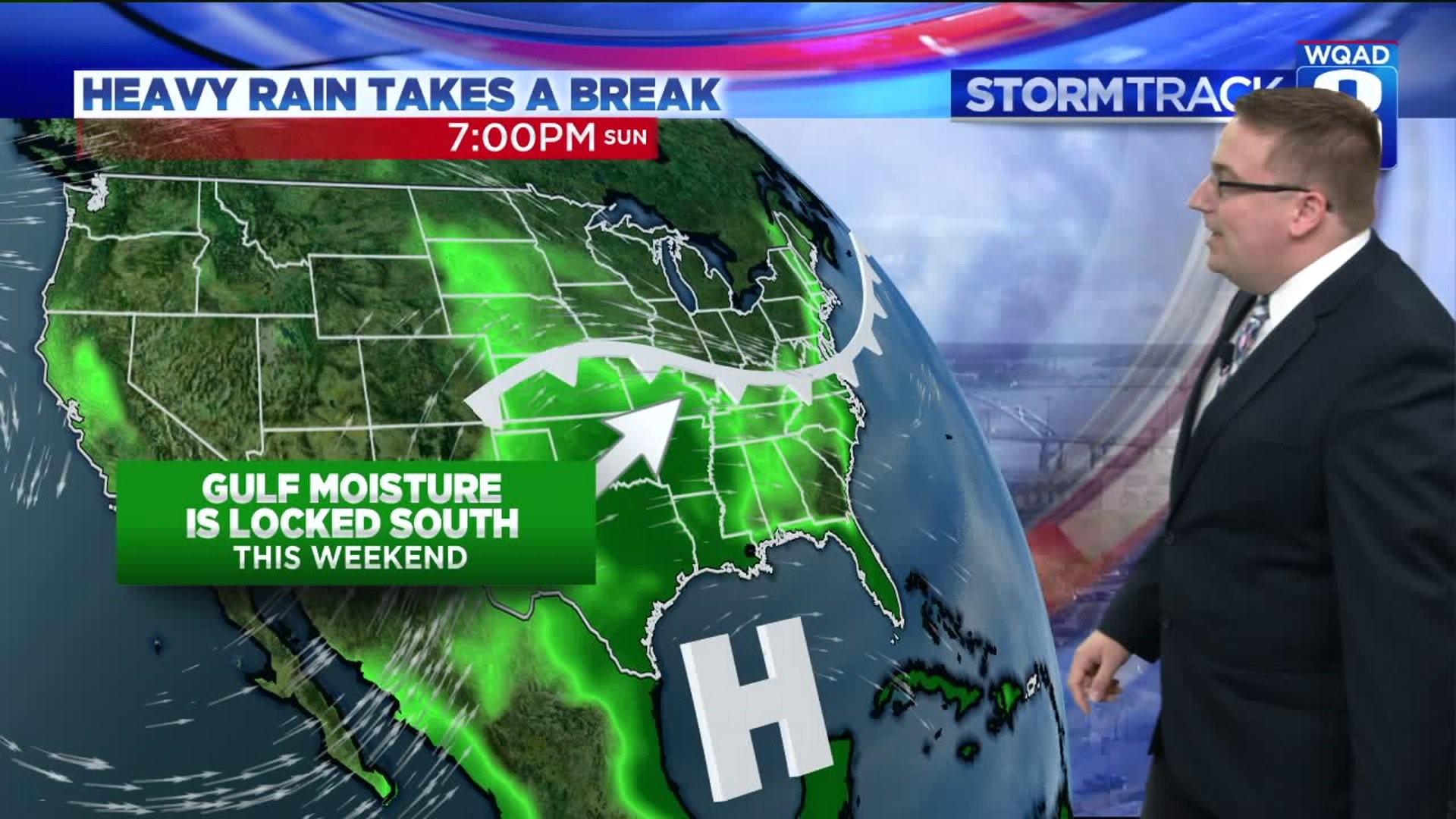 We are long overdue for a break from this stormy, water logged pattern and that break is still on track to arrive Friday.

It has been such an active couple of weeks across Iowa and Illinois with widespread areas receiving at least two to five inches of rain and in most cases more. This has renewed river flooding for nearly all local rivers, including the Mississippi River here in the Quad Cities. The heavy rain hasn't been the only threat though, as we've experienced bouts of severe weather, too.

The Mississippi River here in the Quad Cities will continue rising through Saturday and that is when the next crest is scheduled to arrive. With the recent heavy rains, the crest forecast has now increased to a possible maximum of 22 feet, just shy of the newly set record from weeks prior. Thankfully, the threat for additional widespread heavy rain is coming to an end, so it appears very unlikely that we will once again reach or set a new record.

The Rock River in Moline, however, will come fairly close to a record crest by the weekend. The record stands at 16.5 feet and the crest forecast calls for 16 feet by Saturday morning.

Even though we still have a shower and storm chance in the forecast for Saturday, the good news is that the Gulf of Mexico will be completely cut off from this next round of rain, and torrential rainfall rates are not going to materialize. While some locally heavy downpours will be likely, widespread, significant rainfall will not be occurring with this next round.

Looking out even further into much of next week, it appears the dry pattern will hold strong with rain chances not returning to the forecast picture until at least Wednesday. Before then, temperatures will be warm and conditions dry, which will hopefully begin the process of repairing some of the flood-ravaged farm fields all across the Quad Cities.