Hottest temperatures of the year so far arrive this week

A steamy and stormy pattern will take shape that could produce more locally heavy rainfall. 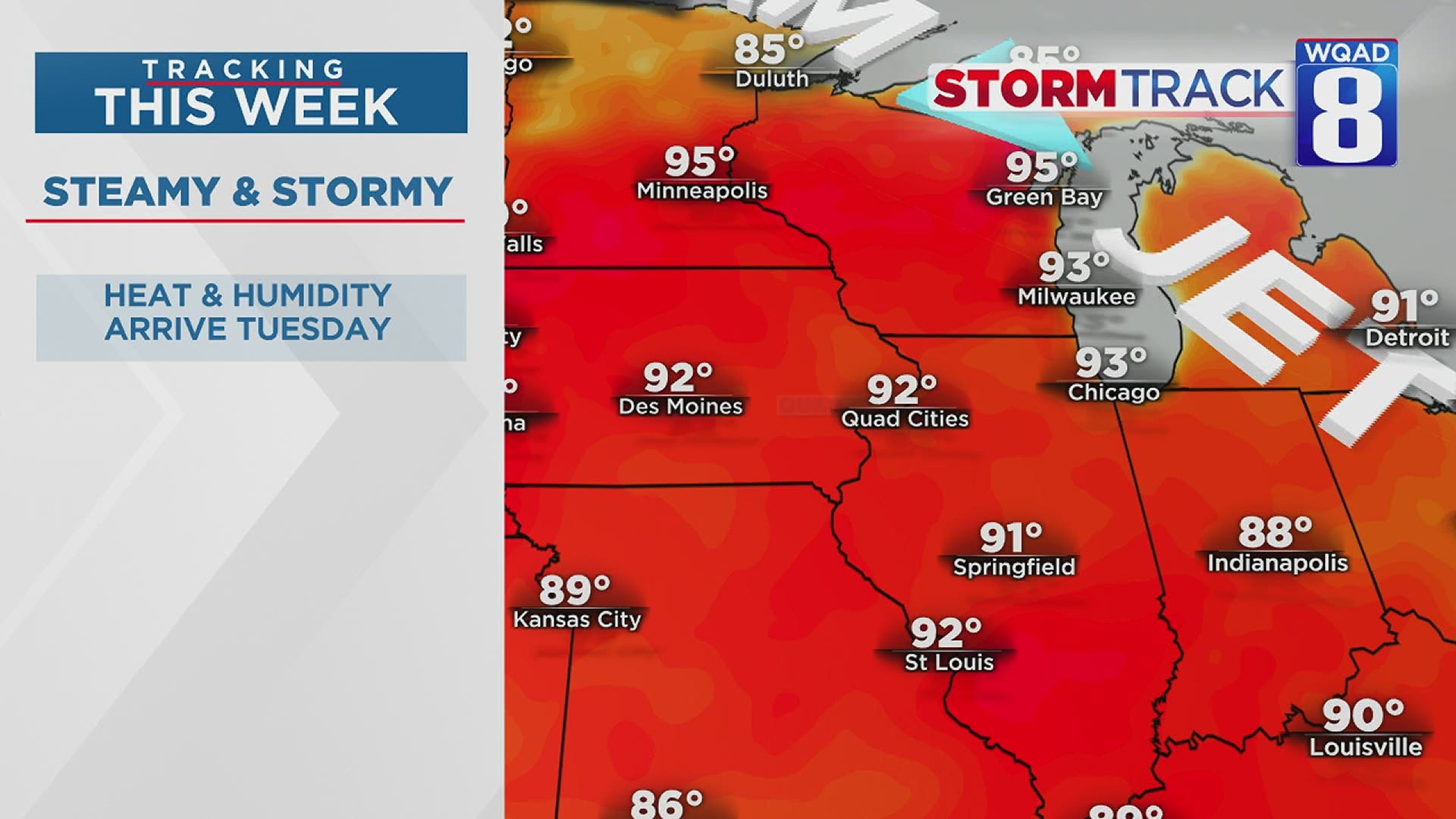 You wouldn't know that we are now in the month of June with the weather that we have experienced this past weekend. It has been nothing short of spectacular on all fronts. Of course, we can't keep this nice pattern around forever and a new week will bring with it some changes.

The first change begins tonight as temperatures will be much warmer compared to last night when many of our hometowns dropped into the 40s! That won't be the case tonight. With southerly winds and a few clouds, readings will hold into the upper 50s.

A warm front lifting through the region Monday morning may spark a stray shower or thunderstorm, especially between sunrise and the noon hour. After that, a much warmer day begins with a lot more humidity, too. Highs will rise into the lower to middle 80s with filtered sunshine by the afternoon.

The core of the heat and humidity will arrive by Tuesday and sadly we won't have any showers or storms to bring any relief. The jet stream will surge to the north and allow our temperatures here to rise well into the lower 90s by Tuesday afternoon as added humidity levels push the heat index into the middle to upper 90s. Tuesday night will also be equally uncomfortable with temperatures only falling into the 70s with the humidity sticking around.

RELATED: Farmers uneasy with threat of heavy rain this Summer

More meaningful storm chances will be arriving by Wednesday as a cold front works closer to us. This could organize a potent storm complex with the threat of damaging winds and heavy rainfall. We'll iron out the timing on this threat as we get closer.

The front looks to stall just to our south for the remainder of the week and into next weekend. While this will squash some of the heat, it will continue chances for showers and thunderstorms at times.