Scattered t-storms to impact a small part of your Saturday

Temperatures stray away from the 90s for the next few days, but don't get too comfortable! They return quickly. 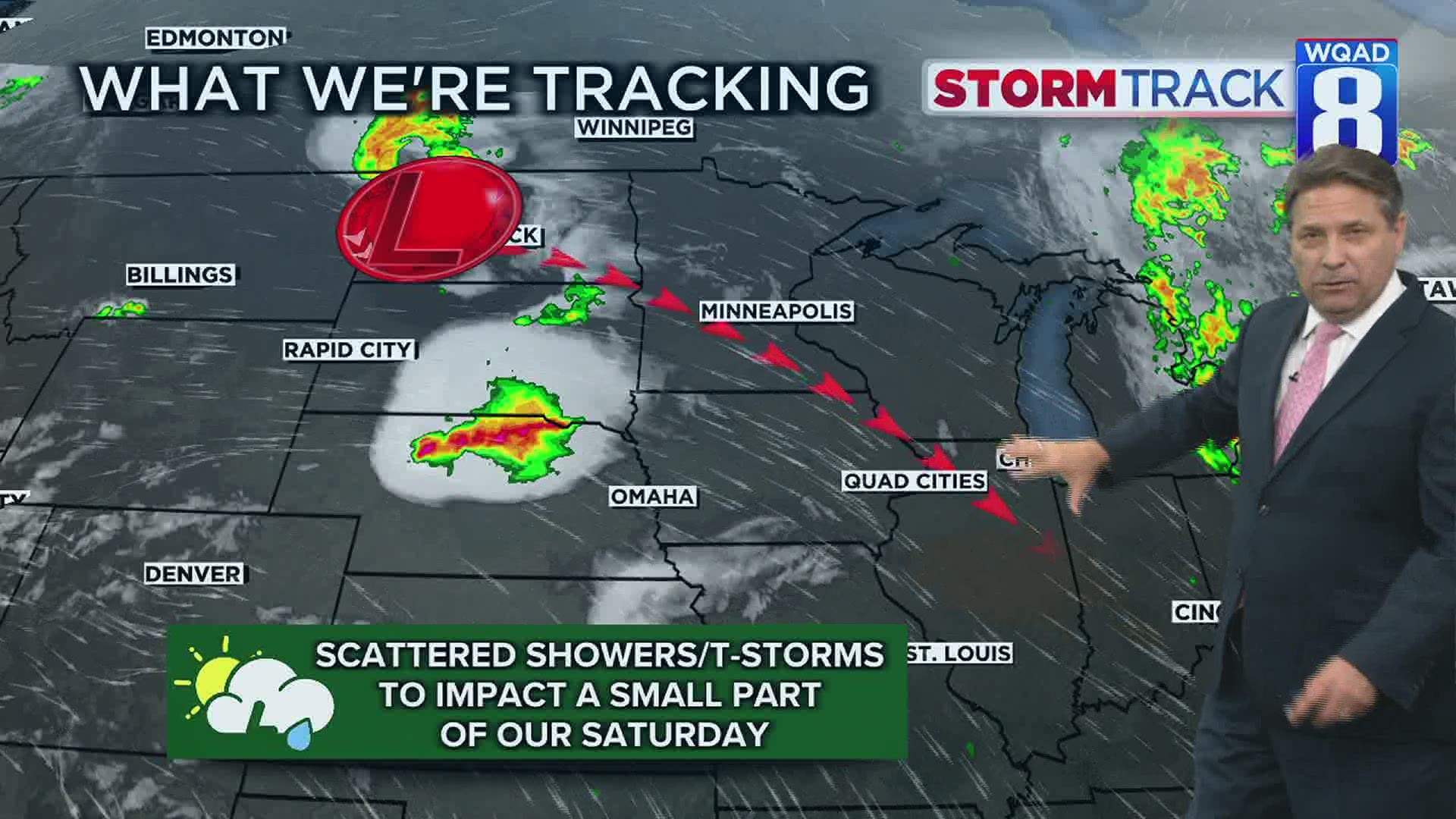 Bright skies have prevailed on this Friday with just a smidgen of heat and humidity taken away compared to previous days.  Highs this afternoon reached the mid to upper 80s.

On Saturday, I'm expecting little change in temperatures but a disturbance now located in the Plains may bring a stray shower around sunrise with scattered coverage of showers and thunderstorms by afternoon.

Sunday maybe your weekend's best with temperatures being a touch cooler under plenty of sunshine and highs around the mid-80s.

Come next week we'll inch up those temperatures around 90 as early as Tuesday with a few widely scattered showers and thunderstorms later that day.

RELATED: What are the odds of dying from Covid-19 vs. lightning?