Farmers uneasy with threat of heavy rain this Summer

High levels of moisture mean less of a threat of 100-degree heat. 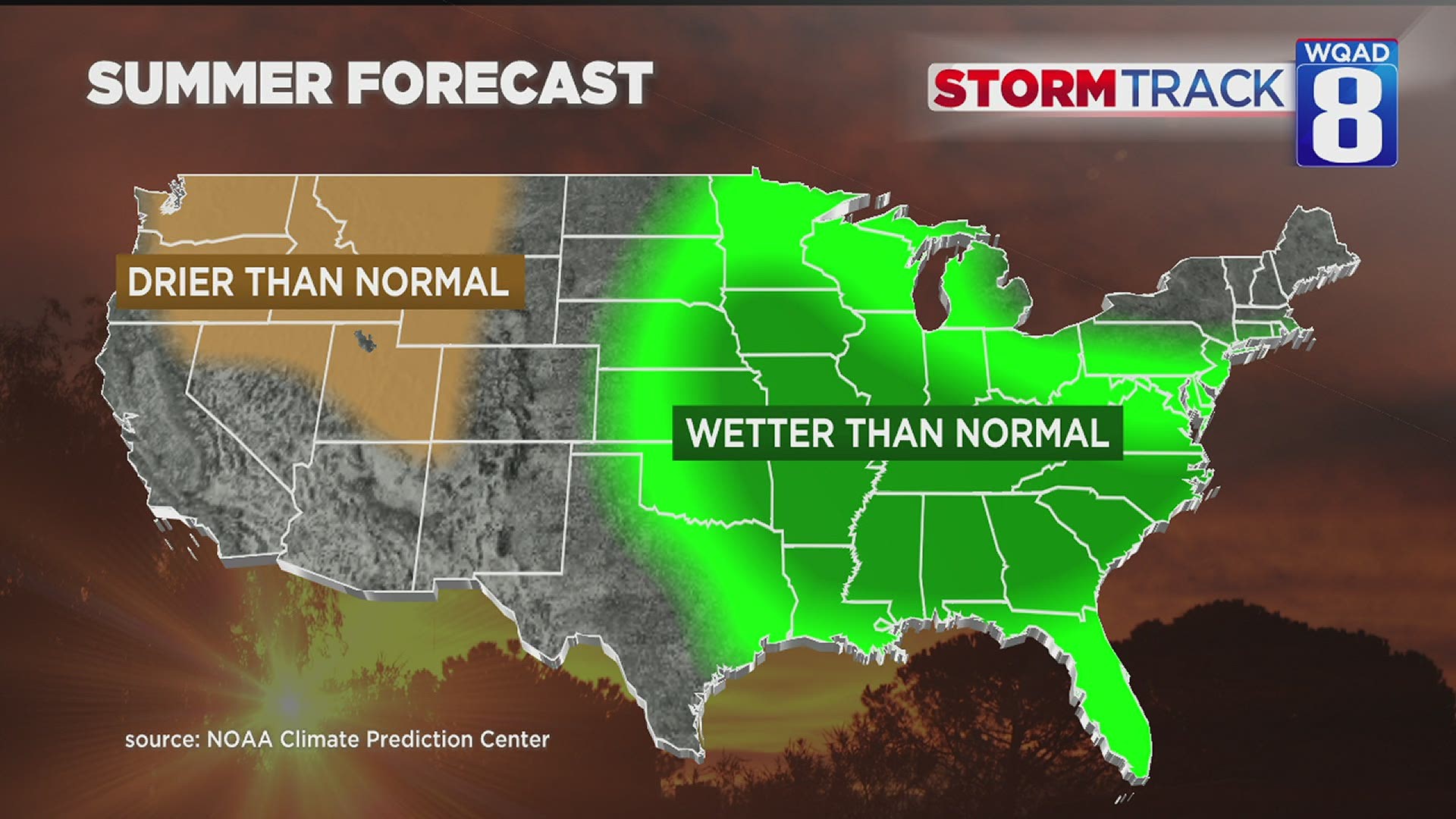 Memorial Day Weekend is the "unofficial start to Summer" and NOAA's Climate Prediction Center is out with the forecast for the next three months.

For the Midwest, it looks wet...perhaps necessitating the term "Mudwest."

Wetter-than-normal conditions are expected from Iowa, down to the Southeastern U.S. This forecast is pretty much a continuation of what we've seen so far this Spring where the Deep South has seen record breaking rains.

Chicago has had its wettest May on record, dating back to the 1870s.

There are some takeaways from this wet pattern. Unfortunately, they aren't good for agricultural interests. Heavy rain will increase the odds of crops in standing water. With higher humidity levels, it also increases the odds of pests in the fields.

This, coming on top of tough economic conditions, could cause significant issues for our farmers.

This above-normal moisture also means we will have a harder time getting to 100 degrees this Summer. History tells us that the Quad Cities gets to 100 degrees, it's typically dry. That makes sense because dry air heats up more efficiently than humid air.

I think back to the extreme drought year of 1988 where we got above 100 degrees several times in June.

Severe weather season will also be implicated by a wetter-than-normal season. Typically in Eastern Iowa and Western Illinois, severe weather and tornadoes peak in the first week of June.

This year, "tornado season" is likely to be spread out into June and July, possibly not peaking until late June. Just two weeks ago this morning, we had temperatures below freezing.

RELATED: VERIFY: Are farmers getting paid less even as retail milk prices go up?