Dry soil conditions are becoming more widespread through much of Iowa and Illinois. Area farmers are keeping a close eye on their rain gauges. 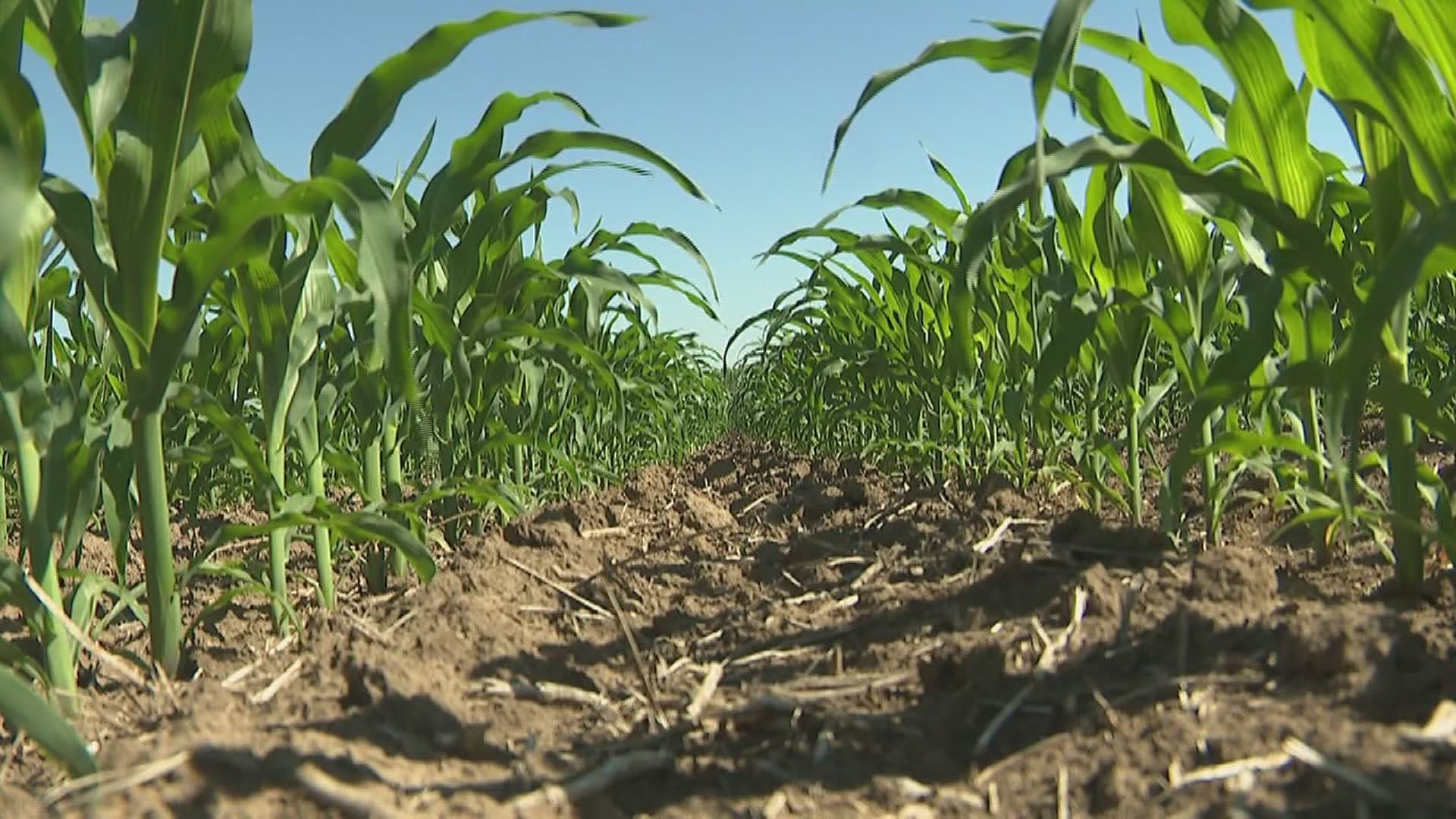 DONAHUE, Iowa — Cracked soil and stressed crops. That's what fifth-generation farmer John Maxwell has on his mind right now as he tours his Donahue, Iowa fields located on his farm, Cinnamon Ridge Farms. "The next two or three weeks are a big deal", says Maxwell. That's because corn will begin the pollination stage, a stage where moisture becomes critical. "In the corn over here we've got pollination going on and during pollination that is where we need some rain", says Maxwell.

Dry conditions have been present in much of the northern plains for the last few months and the drought continues to expand all because of the orientation of the jet stream. You notice there's a giant rise to the jet just to our west and what happens with that is any store that travels along that jet stream doesn't have access to the deep Gulf of Mexico moisture, meaning we don't receive the healthy rains here like this past spring. The result? That's been very dry soil conditions. In fact, as of the latest report from the Iowa Department of Agriculture, More than 50-percent of Iowa farm fields are currently needing a good drink of water.

Credit: WQAD
The jet stream pattern this spring has been very unfavorable for widespread rain in the middle part of the Country. A large ridge of high pressure sitting in the southwest cuts off the flow of moisture to much of the Midwest, while areas in the eastern part of the Country see cool and wet conditions.

Maxwell remembers the drought of 1988 and the $60 billion dollar price tag that came with it.

"1988 another one that I went through. This was also similar to that, but 1988 was really dry from basically the middle of May all the way to the middle of August, and so the corn really suffered because it needed rain in June and July", says Maxwell.

Credit: WQAD
As of June 14, 2021, according to the Iowa Department of Agriculture, more than 50-percent of Iowa farm fields are seeing a moisture deficit.

If conditions don't improve in the next few weeks, Maxwell says you can expect to see the impacts, especially with the price of food and grocery items.  "It means that prices are going to go up. It's just a fact of life. The less you have of it, the more the price goes up", says Maxwell.

RELATED: Why our severe weather season has been unusually quiet

As for what you can do for area farmers? "Anybody out there that can make it rain a little more, you're my hero", says Maxwell.