"We would like this done in a timely manner." 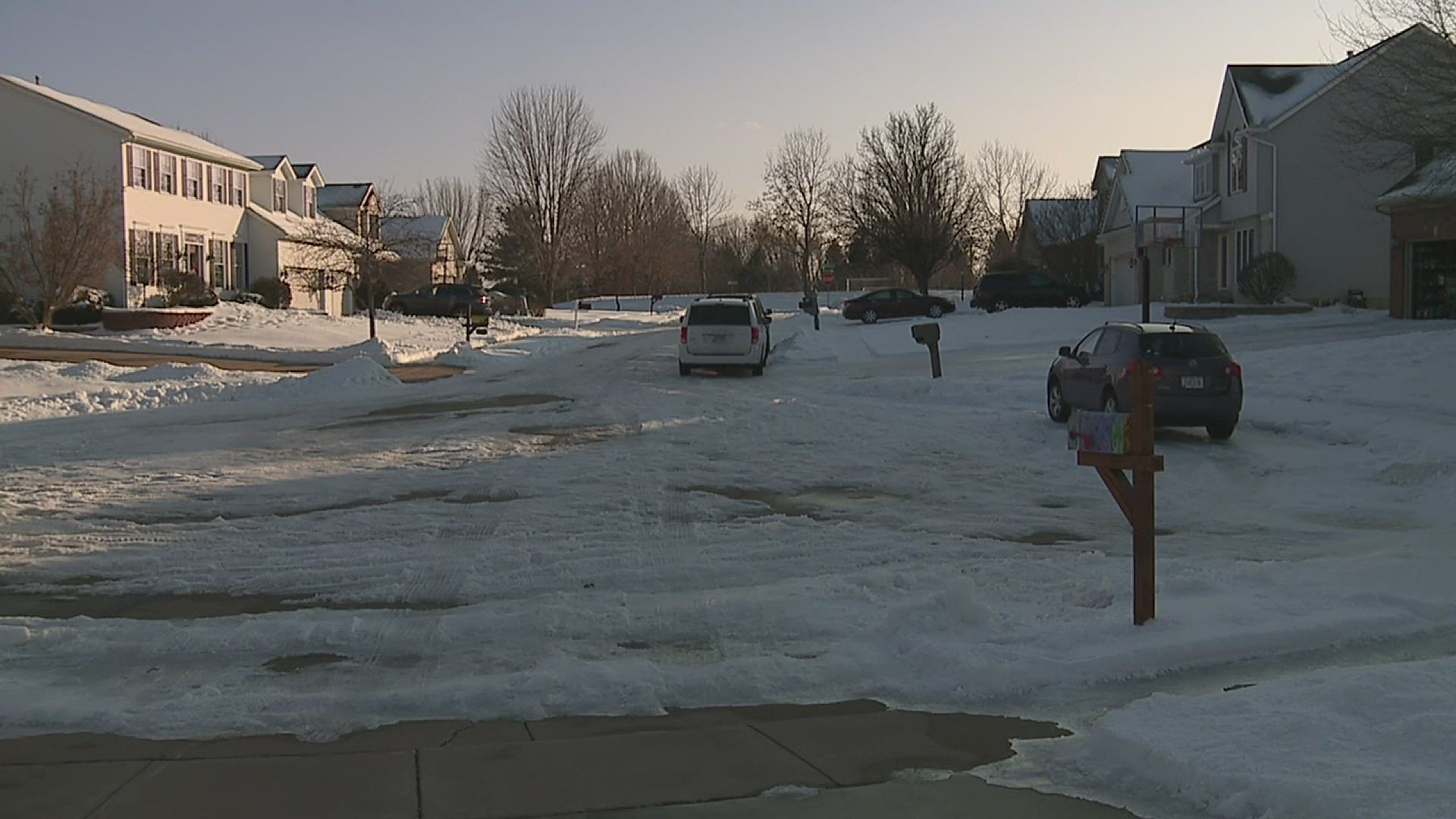 DAVENPORT, Iowa — With the potential for more snow the week of January 11th looming some Davenport residents fear it could mean more snow on top of the ice already covering their street. One group of Davenport neighbors is asking the city to pay more attention to them.

If you drive down Crow Creek road in Davenport it’s completely cleared of snow and ice, but if you turn onto Ravenwood Court, just before entering Bettendorf, it’s not the same story.

Rebecca Varilek has lived on Ravenwood Court for more than 20 years. She says it’s always been a problem getting their street plowed. “All the other neighborhood streets have been cleared. It’s very disheartening.”

Her neighbor Todd Lampe is also unsatisfied with the street. “Sometimes you can’t get up the hill. As steep as it is, it’s not very steep but it’s tough to get up there. Plus it’s tough on your car, you know it’s like riding through rocks.”

The two neighbors say they understand main roads come first. Lampe wishes the city would get to his street before it got too packed down to turn to ice. “They have to hit all the roads. I’m a taxpayer. I expect that it should be done.”

Davenport Public Works says it all just depends on the amount of snow the city gets. At best residential roads begin to be plowed 12 hours after the snow stops falling.

Nicole Gleason works for Davenport public works. “I think what’s confusing for some residents is because on a two or three inch storm they’re like, oh I saw the plow in three to four hours, but on this event it might have been 48.”

Gleason says calling into public works to let them know what streets may have been missed is helpful, but only once the city has moved passed essential streets onto residential streets.

She says the last snow storm got a lot of calls in. “We did get on this event in particular a ton of phone calls from residents while it was still snowing. So they might have felt a whole bunch of times but it could have been a whole two days ahead of when we would plan to be there in the first place.”

A plow did come to Varilek and Lampe’s street eventually. Lampe says it’s always too late. “I think when they came through as best they can, but it’s already frozen like what's done is done. It's hard, you can't get to it then.”

The street sits right on the edge of Davenport, nearly in Bettendorf. Varilek believes this might be part of the problem. “I want the city to realize that we are a Davenport street. I don’t think the drivers know this. I truly do not.”

Gleason wants to remind citizens to be patient and check the city website to stay updated on where plows have been. “They may feel like there is a delay but that’s just because 40 plows can’t plow 1,300 lane miles in 24 hours. Kind of understand when we are getting hundreds of calls we are prioritizing by emergencies.”